The top six favourites to become new Blackpool manager has been revealed as Neil Critchley leaves for the assistant job at Aston Villa.

Following the surprise announcement at the end of last week, the Tangerines are now on the search for a new boss ahead of the new season as the new campaign starts early the previous years.

The job at Villa Park was left up for grabs after Gerrard’s former number two Michael Beale, who also worked with him at Rangers, left to become QPR’s new boss.

Right then, lets take a look at the top six favourites to become new Blackpool manager…

It’s worth noting that as of the 6th of June, Michael Duff and Dean Holden were two of the names being considered by Blackpool to fill their vacant managerial post. There really want an up-and-coming manager with a record of developing young players in the Critchley-ilk.

Evatt is an English professional football manager and former player, is the current manager of Bolton Wanderers.

He began his career as a central midfielder, but was later converted to a central defender then launched professional career in 1999 at Derby County, and he also played for Northampton Town (on loan), Chesterfield (in two spells), Queens Park Rangers and Blackpool.

His managerial style – Evatt likes to play attacking possession-based football, with his then-Barrow team nicknamed “Barrowcelona” due to the attacking football they played. At Barrow, he played a 3-4-1-2 formation and used the same system at Bolton Wanderers. He changed to a 4-2-3-1 formation, with Bolton going from 20th to third and achieving promotion to League One. Evatt often decides against naming a substitute goalkeeper on the bench, preferring to have more attacking options and has had outfield players do goalkeeping training. Evatt will sometimes bring on attacking players when winning matches rather than defensive players, preferring to score more goals than defend a lead.

As a footballer, he played at right back, but he was also utilised in midfield in a career that was started in 1988 and finished in 2006. Having started his career with Leeds United he played in the top flightfor Leicester City, Aston Villa and Blackburn Rovers, before moving into the EFL with Sheffield Wednesday, Stockport County, Notts County, Bradford City and Blackpool. He won promotion twice with Leicester City, both via the playoffs, in 1993–94 and 1995–96, and followed it up with a League Cup win in 1996–97. His next piece of silverware came at Blackpool in 2003–04, when he lifted the Football League Trophy.

He was appointed as player-manager of the Tangers in 2005, and a year later retired from playing to concentrate on the managerial side of his job. He guided the club to promotion, via the playoffs, from League One to the Championship in 2006–07.

In 2008, he was appointed manager of Leeds, guiding them to promotion to the Championship in 2010. Axed in February 2012, he then went to Huddersfield Town, where he again gained promotion from League One via the playoffs, beating Sheffield United in the final. In February 2013, Grayson became the new manager of Preston North End, winning promotion from League One to the Championship with them in 2014–15, and later had short spells in charge of Sunderland, Bradford City, Blackpool again and Fleetwood Town, the latter he left in late November 2021 with a 30% of matches won. 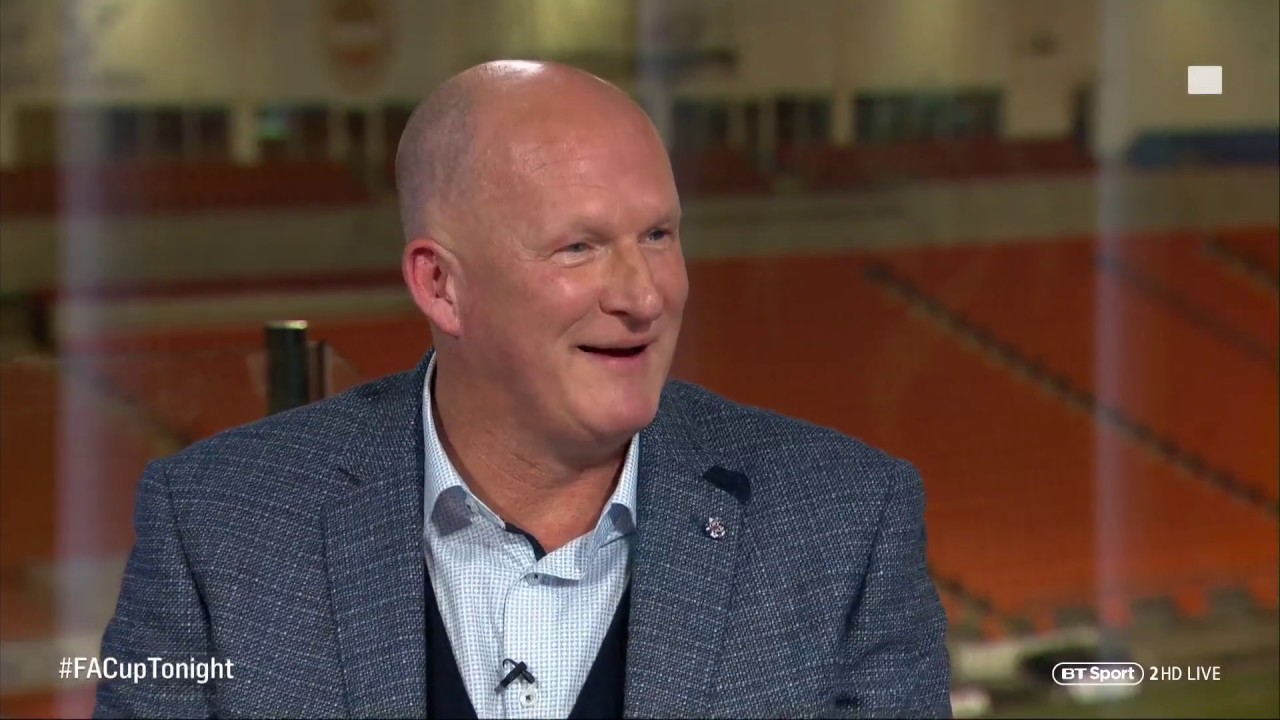 Tony Mowbray is an English former professional footballer who was most recently manager of EFL Championship club Blackburn Rovers. Mowbray played for Middlesbrough, Celtic and Ipswich Town as a defender.

He started his coaching career with Ipswich and then took his first managerial job at Scottish Premier League side Hibernian, going on to win the Scottish Football Writers’ Association Manager of the Year award in his first season. He left for West Brom in 2006, where he won the Championship in 2008, but then suffered relegation from the Premier League the following year. Mowbray was then appointed as manager of Celtic, but was dismissed after nine months.

Mowbray then took the manager’s role at another of his former clubs, Middlesbrough. After a dismal start to the 2013–14 campaign, Mowbray left Middlesbrough in October 2013. After a spell with Coventry, he was appointed Blackburn manager in February 2017. He was unable to prevent Rovers being relegated to League One, but then won promotion back to the Championship at the first attempt. The final day win at Birmingham saw Rovers end the season in eighth place, with Mowbray leaving 267 games after his appointment in February 2017. 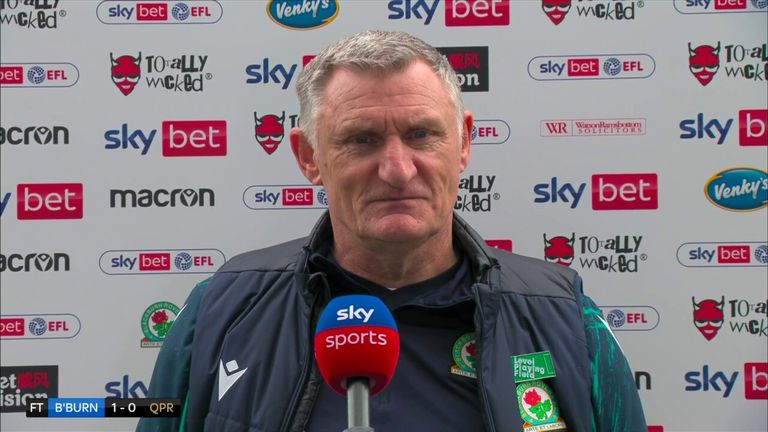 Michael Appleton is an English professional football manager and former player, operating as a midfielder, in a career between 1994 and 2003, his playing years however cut short by a serious knee injury. He started his career as a professional for Manchester United, had loan spells at Wimbledon, Lincoln and Grimsby, before securing a permanent transfer to Preston in 1997. He moved on to West Brom in 2001, playing at the West Midlands outfit for two seasons, ending his playing career there.

Following his retirement, he converted into coaching with West Brom, and served as their caretaker manager for one match after Roberto Di Matteo was placed on leave. On the 10th of November 2011, Appleton earned his first managerial appointment at Portsmouth, before he became manager of Blackpool a year later. After just over two months as Blackpool boss, he departed from his post with the club to take charge of Blackburn Rovers in January 2013. He was relieved from his duties on the 19th of March that same year and in July 2014, he was appointed manager of Oxford United, and led the club to promotion to League One in his second season.

In June 2017, Appleton was confirmed as the new assistant to manager Craig Shakespeare at Leicester, signed a three-year contract. After the dismissal of Shakespeare in October 2017, Appleton took over as caretaker manager for two matches, both Leicester victories, before the appointment of Claude Puel. In June 2018, he had left his position at Leicester with immediate effect following a restructure of the coaching staff.

In April 2019, Appleton agreed to act as first-team coach to West Brom caretaker manager James Shan until the end of the 2018–19 season, speculation emerged in previous weeks that he would be the new manager of the West Midlands outfit. The move saw Appleton return to the Baggies. In August 2019, West Brom announced that Appleton had been appointed as the coach of their under-23 squad.

In September 2019, Appleton returned to management, after being appointed at recently promoted League One club Lincoln on a four-year deal, coming in to replace Danny Cowley, who departed to take over at struggling Championship club Huddersfield Town. In April 2022, after their victory over Crewe Alexandra on the final day of the season, it was announced that Appleton would be leaving his role as manager. 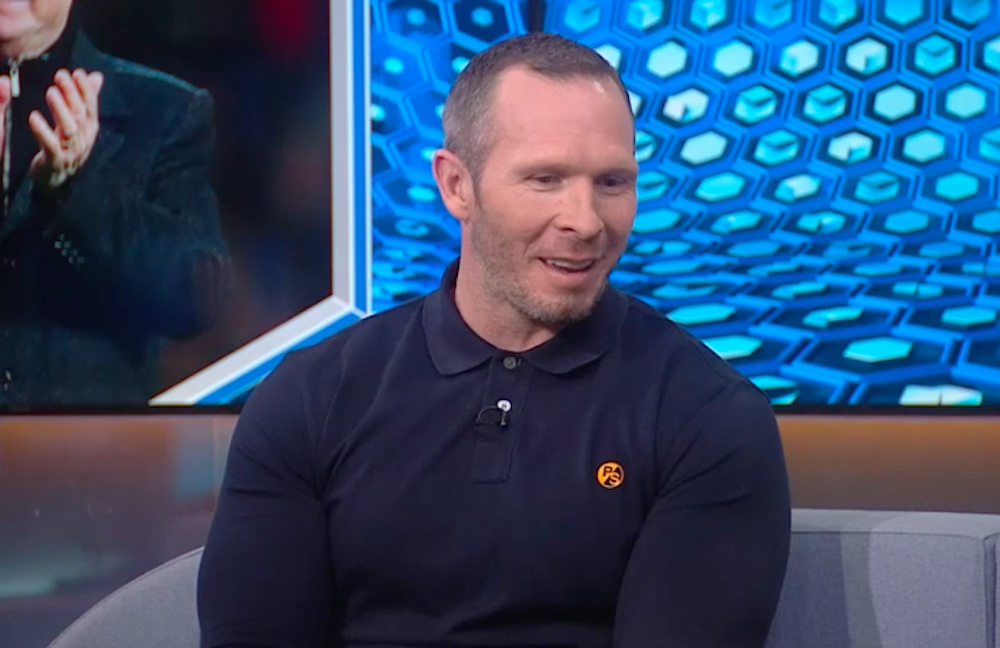 Karl Robinson is an English professional football manager and former player who is the manager of EFL League One club Oxford United and has guided them to top half finishes since coming in at the club and a playoff final in 2020, but lost to Wycombe. Then finished in the playoffs again for 2021 but lost in the semis to Blackpool. for 2021/22, Oxford finished in 8th place.

He has also managed Milton Keynes Dons, appointed in May 2010, having previously been the club’s assistant manager under previous boss Paul Ince. At 29 years of age, he was the youngest manager at the time in the EFL and former England coach John Gorman was named his number two.

In the 2010–11 season, his first season in charge, Robinson guided MK Dons to 5th place in League One but lost in the playoffs to Peterborough United over two legs.

In the 2011–12 season, his side saw another 5th-place finish and was again in the playoffs. During the campaign, he signed a three-year contract extension. 2014–15 saw Robinson’s side produce a 4–0 EFL Cup win over Manchester United, as well as leading the MK Dons to promotion to the Championship for the first time when they finished as runners-up in League One.

On the 20th of July 2015, Robinson signed a contract extension but Robinson’s MK Dons went on to suffer relegation from the Championship during the 2015–16 season, finishing in 23rd position.

In May 2016, it was revealed that Robinson had turned down an offer from Massimo Cellino to become Leeds United’s Head Coach then in October 2016, was relieved of his duties following a 3–0 defeat to Southend United the previous day, which took the club’s winless run to four games.

Robinson was named the new Charlton manager on the 24th of November 2016 following the sacking of Russell Slade, taking full charge of the club from the 28th of November. He departed by mutual consent in March 2018. Charlton looks to find good form with Johnnie Jackson, but wasn’t given a full season in charge and the club themselves are still yet to confirm a new boss. 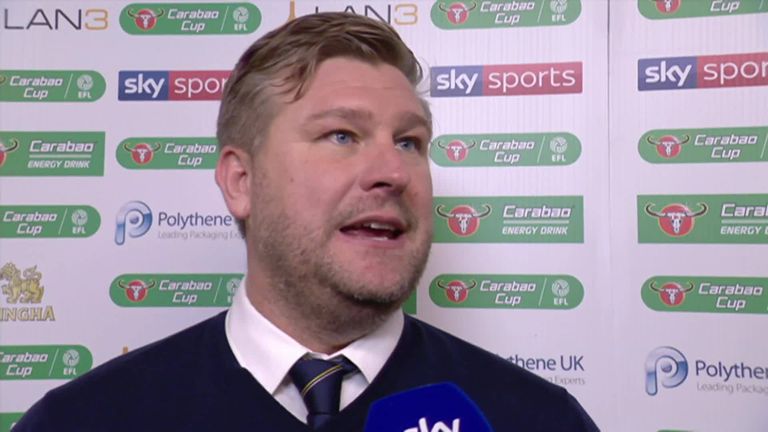 Manning is an English football manager and coach. He is currently the head coach of EFL League One club Milton Keynes Dons.

Manning worked as an academy coach at Ipswich Town before joining Premier League side West Ham in 2015 as head coach of the club’s U23s.

In 2019 he left to join City Football Group, initially as Director of Coaching with Major League Soccer side New York City FC before later progressing to the role of Academy Director and remained within City Football Group, as in July 2020, he was named head coach of Belgian First Division B club Lommel SK, where he led the previously bottom of the table side to a third-placed finish at the end of the 2020–21 season.

On the 13th of August 2021, Manning joined MK Dons, becoming the club’s first ever head coach, after just eleven league games in charge, he was named EFL League One Manager of the Month for September 2021, a month in which he led the club to an unbeaten run of five league games achieving eleven points. He repeated the achievement four months later, named League One Manager of the Month for January 2022 after a similarly successful period of good form.

At the end of his first season, he had led the club to a third-place finish with 89 points and playoff qualification, missed out on automatic promotion by a single point. The club then failed to gain promotion via the play-offs, losing out to Wycombe Wanderers over two semi-final legs.

@petedix57: I would like some championship experience, not sure Mowbray fits the “project”, but maybe with Thommo as No2? Could we afford his wages? If so why not Warburton? Still think we might get someone left field like NC, he wasn’t on any ones list.

@caribbeanpotter: I hope we don’t lose Holden. I like his no nonsense attitude and think he provides a good counterbalance to MON.

@GazzaRuss89: Would be good and interesting to see deano given another shot at management tbh

@mattywazza: We need to go for championship experience to move forward instead of league one and league two managers that’s step back

@chxrlie67: he is not staying for the start of the season is he ctfc

@Dylbert0: Underwhelming if we go for them when you’ve got people like Mowbray out there who isn’t tied to any club currently and has experience in this league. You need experience at this level.

@ganejohn: Think Duff has done a very good job there getting promoted an they seem to be very free scoring so should be considered, Holden no from me not done know where near enough huge risk .🍊🍊🍊

If this is right, it’s underwhelming. We need experience. The reasoning for this is down to 1) Being the cheap option or 2) Wanting a yes man who will take any transfer funds offered to them or 3) a mix of the above. https://t.co/GlWt9yhluY