The viral ‘leaked’ photo Jack Grealish won’t want you to see is doing the rounds on Twitter and it’s left many regretting finding out.

For some unknown reason, a selfie has been uploaded onto social media, and it shows a naked woman on her knees with the Aston Villa player smirking at what he’s seeing in front of him.

People simply type in ‘Jack Grealish photo’ onto the social media site and up it pops, now fans are wishing they hadn’t done so, with a bit too much on show.

Now of course we can’t show the actual full on nudity photo but this is another of what was posted online, I’m sure you can imagine what was blocked out there.

This comes as Aston Villa head coach Dean Smith says the Government’s coronavirus rules are confusing following a breach in protocols by Jack Grealish and Ross Barkley, who escape punishment.

It wouldn’t be surprising if tens of thousands have seen this image emblazoned over the screen because of social media.

The duo are said to have broke strict Covid-19 rules on Saturday with a day of partying with video footage showing the pair at a restaurant in London’s Mayfair.

The Sun, who have been slammed by fans online, report that they are seen in a crowded restaurant with other ‘partygoers’ who are in breach of the Tier 2 rule which states “you must not socialise with anyone you do not live with or who is not in your support bubble in any indoor setting, whether at home or in a public place”.

Witnesses saw their group downing champagne, vodka and beer at Bagatelle restaurant from around 3pm and into late evening.

One diner said: “You wouldn’t have thought there was a global health pandemic going on. They were arrogantly partying without a care.

One clip, which bizarrely hasn’t been posted by The Sun, shows Barkley seemingly having a row with another man.

Others show him high-fiving and hugging others inside the restaurant, while Grealish is seen dancing and then sat talking to two women at a table. 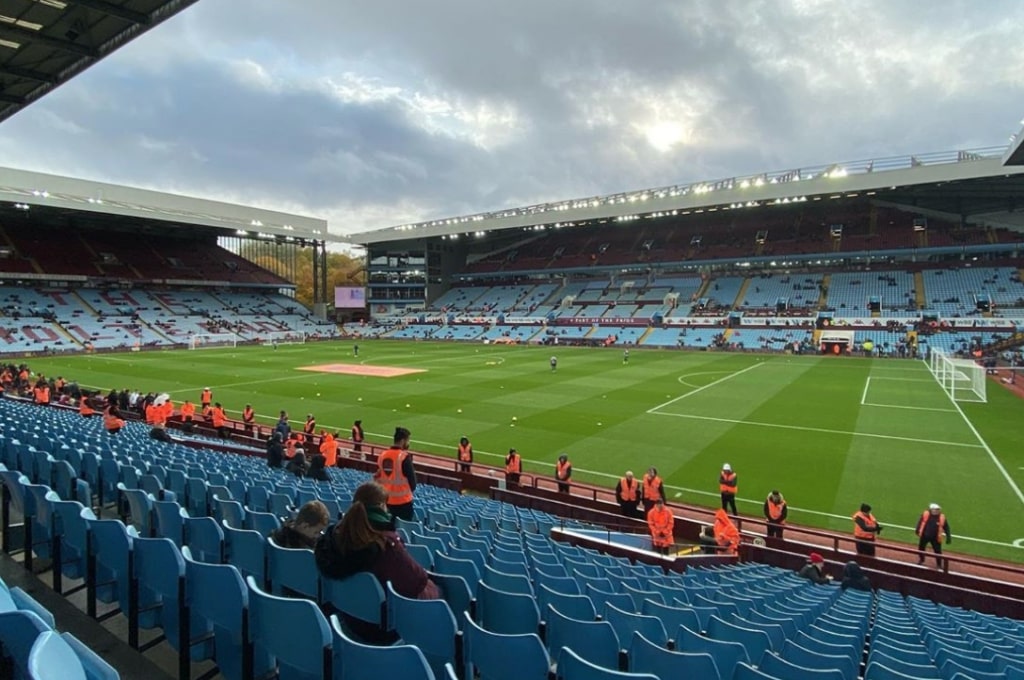 Villa’s Premier League match against Newcastle on Friday was called off because of a Covid outbreak in the opposition’s camp. So the players took advantage of it by having a good time.

“I think our government are confused about the messages that are going out there themselves so it makes it very difficult for everybody else as well,” Smith said.

“But it is difficult times for everybody at the moment and we have to respect the rules.

“Has this week been difficult to handle? No. I spoke about it yesterday and gave my opinions. I have reminded the players about their responsibilities and we have moved on.”

🗣 “Our government are confused about the messages going out there themselves”

While Villa, who sit 12th in the Premier League table, will be without the injured Barkley for their trip to Molineux, Grealish will be available after testing negative for coronavirus on Monday.

“We are in a fortunate position that we get tested weekly so we obviously know where we are at and when people have to isolate,” Smith said.

“This is our bubble and it is something (last weekend’s events) that we have moved on from. Jack (Grealish) provided a negative test on Monday so he is in the squad. Ross Barkley is still injured.

“The indiscretions – Grealish’s second with the first occurring during the original national lockdown in March – have overshadowed Villa’s preparations for their first game of December.

“We played ever so well against West Ham – we thought we deserved the win. Unfortunately we got beat, there was a VAR decision that went against us,” Smith said.

“Football for me is based on performances. If you perform then you have got more chances of winning. We have performed very well this season. We are not doing an awful lot wrong at the moment.

“Wolves are one of the teams that are tough to beat. You look at their last few seasons in this league and they have been probably the team that has got promoted that everybody is looking at to try and emulate.”

@nsno: Can only imagine the sort of conversations that Ross Barkley and Jack Grealish have together.

@BertyofSnorbs: Jack Grealish really does look so happy about those breasts

@Jonnyarsenal: Jack Grealish has been having fun then…

@1904Irrelevants: I’ve just seen why Jack Grealish is trending and now you won’t be able to stop yourself looking. Don’t do it. I told you. Don’t.

@F365: Was curious to see why ‘Jack Grealish’ is trending. Was not mentally prepared.

@andydonald_: Checking to see why jack grealish was trending today was the best thing iv done,some of the tweets

@VillaMad3: I really hope Jack Grealish saves some of his energy for the Wolves game at the weekend.

@omondiJdonaldo: Jack Grealish scoring on and off the pitch

“You see the picture of Jack Grealish and you have to ask yourself- what is Pogba doing?” pic.twitter.com/f6rS6orRHI

Jack grealish after he tasted the chocolaté box for the first time pic.twitter.com/yzqUZPA8Qo

“Oh Jack Grealish is trending I wonder what he’s been…” pic.twitter.com/MRFF8uUFWF

Nothing but respect for Jack Grealish 🐐🐐 pic.twitter.com/26uXJAd3v2