Tottenham boss Nuno Espirito Santo have been slammed as ‘dangerous’ by one pundit over his recent training ground admission.

Former striker Chris Sutton has publicly criticised the Premier League manager after the Portuguese coach admitted he doesn’t keep tabs on how often his Spurs footballers head the ball in training.

Debate around the safety of persistently heading the ball has been rife after a number of ex-professionals have been diagnosed with dementia in their later life which in turn has led to professional clubs being advised to limit the amount of times their players train for ‘high force headers’. 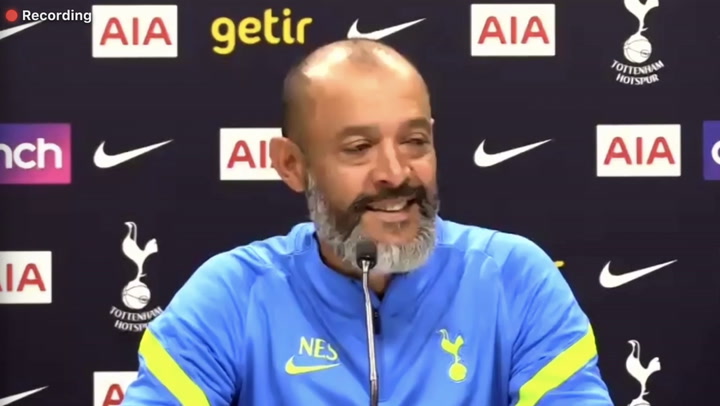 A handful of players in today’s game are said to be openly happy to donate their brain when they pass away to look more into the matter.

A high force header is defined as those following a long pass of more than 35 metres or from crosses, corners and free-kicks.

Nuno insists that heading the ball remains a crucial part of the game and as a result has not been monitoring how often his players train high force headers.

“I agree [with the limits]. I’m concerned with the situation of dementia and what heading the ball can cause.

Sutton quickly criticised Nuno’s comments, taking to Twitter to write: “This is really disappointing and dangerous. Maybe it would be good if Nuno visited former players suffering from Dementia in the latter stages of their condition. It may change his and Spurs thinking.”

Spennymoor Town’s Brewery Field in north east England was the venue for a landmark game at the weekend. A crowd of just over 300 people witnessed an historic moment in British football as the first adult 11-a-side football match with heading restrictions took place to raise awareness of the risk of dementia in players.

In the first half players were only allowed to head the ball inside the 18-yard box. For the second half of the match heading the ball was banned anywhere on the field.

The two teams were made up of current and former professional footballers.

Dr Judith Gates created the charity organisation Head for Change and was responsible for arranging the game. Her husband Bill Gates, an ex-Middlesbrough defender, was diagnosed with dementia in 2014.

Now at 77 years old age, he was forced to retire at 29 after regularly suffering migraines.

“My husband will enjoy today but he won’t remember it tomorrow,” Dr Gates told BBC Sport.

“He is increasingly frail and his short-term memory is virtually non-existent. What we are doing on his behalf is carrying out his wish. When he was first diagnosed he said, ‘I want my legacy to be that no other player or family go through what we are going through.’ So that’s what today is about.”

“I don’t think matches will go that way [of heading being banned], I don’t know how many times a centre-half heads the ball in 90 minutes,” said Craig Hignett, a former Blackburn Rovers, Middlesbrough and Leicester City player who took part in the landmark exhibition game.

“With a link now being proven between heading a ball and dementia, and so many great players struggling, it needs looking at so we can find a safer way going forward.”

That talk about how to make it safer for everyone is likely to run on for some time.

The Football Association has revised its guidelines on heading, including banning it in training for under 11s and restricting it among other age groups.

This season professional clubs in England have been told to limit players to 10 “higher-force headers” a week in training.

“Steps are being taken in the right direction so these actions are constructive. What we need for the future is more evidence, more research and more understanding, and to take steps to protect the players,” said Dr Gates.

A post shared by Match of the Day (@bbcfootball)

@doofer_87: Let’s remember that footballs are so much lighter than they were in the 70’s and 80’s so the risk now will be far lower.

@JamesHB: I’m on the fence on this whole issue, but I keep seeing this ‘lighter’ ball argument come up. Whilst that may be true, with the ball being lighter it is almost certainly travelling at far greater speeds so I would suggest the risk hasn’t changed much at all.

@spamfritters65: Sometimes you have to take a step back and be remote from the direct impact of something. Emotion overtakes.On this occasion I think those who have lived with the impact have to keep stepping forward and shouting louder. With you on this one big man 💪💪👊👊

@KeithRMcIntosh: Not surprised to read this post, it was never going to work as voluntary guidelines, it needs to be enforceable under the management of workplace health & safety regulations, Managers & Coaches have a duty of care for their players & should be held accountable for their actions

@Al_roar: I really admire everything you’re doing to raise awareness Chris. Inspired by your Dad, no doubt, but it’s all for today’s players and the kids of tomorrow. Hats off.

@_tekkerz: While i agree with what you said and it should be followed, do you really think others are following? Because i think Nuno is just being honest here, while the others maybe doing the same thing but not saying it. I think they should look into this matter. Very Irresponsible

@duncanbeagley: I’m a Spurs fan & I’m disgusted at his attitude. Regardless of what he thinks, this is an initiative based on modern science, there will be millions of families who’ve had relatives with dementia who will find it equally deplorable. Once again my club drags itself through the mud

@1969_shug: Keep at it Chris. This is an important issue that needs to be highlighted and actioned. Regardless of the changes in weight of the ball in modern football, a hit in the head, which ostensibly what heading a ball is, is risky. Continuous hits in downright dangerous.

@ParkesThompson: It doesn’t surprise me as guidelines will never be followed if there is no deterrent for flouting them #dementiainfootball #concussion