Southend ask Chesterfield for permission to speak with their manager

Southend United ask Chesterfield for permission to speak with their manager James Rowe in an audacious attempt to make him switch clubs.

The Shrimpers, who sit fourth from bottom in the National League, have formally requested permission to bring in the 38 year old with the job up for grabs at Roots Hall.

They dropped out of the Football League for the first time in 101 years in May, and after losing 4-0 to Chesterfield, they sacked Phil Brown and his assistant Craig Fagan on Saturday. 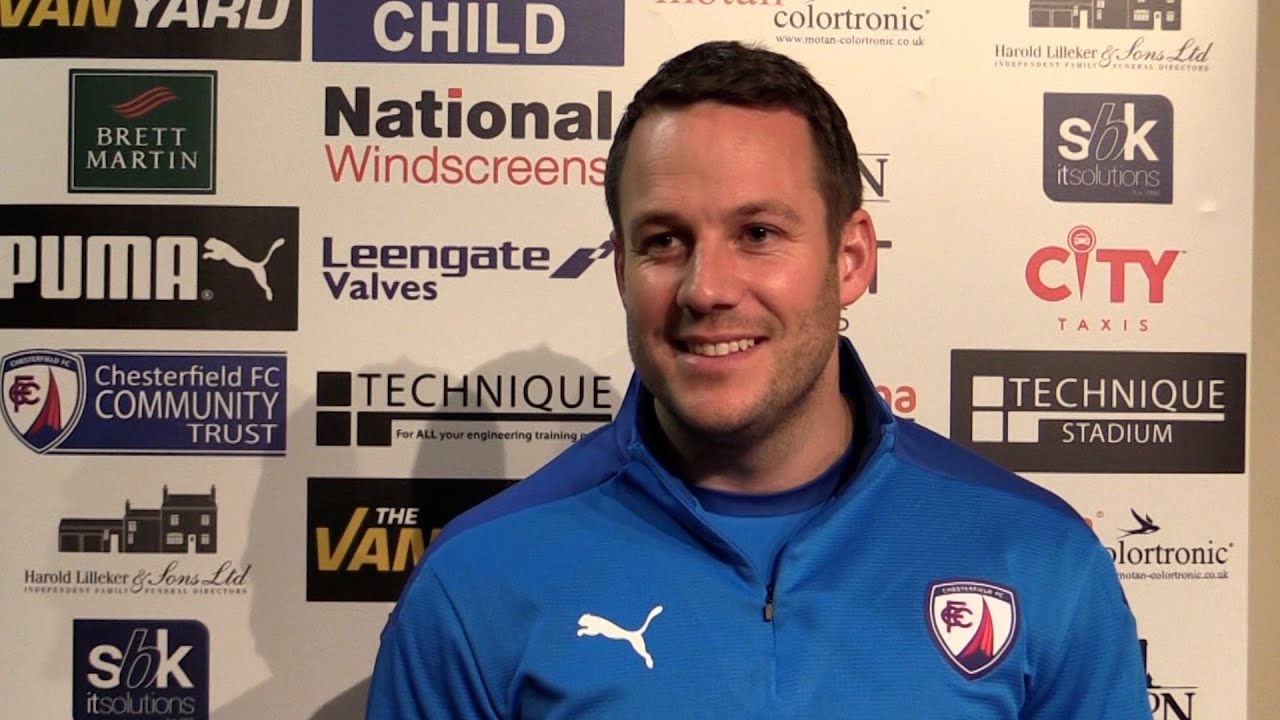 Southend ask Chesterfield for permission to speak with their manager

Rowe has turned the Derbyshire club’s fortunes around incredibly since joining from Gloucester City 11 months ago. He left the Tigers undefeated at the top of the National League North, and then took the Spireites out of the relegation zone and into the playoffs last season.

They are currently in fourth position after losing just one of their 11 games this season, and look set to be promotion contenders in the hope of getting back to League Two.

Southend look at Rowe to do a similar job after struggling in the fifth tier, and made a formal approach to Chesterfield on Tuesday night asking permission to hold talks with the 38-year-old, and also sent an email.

Rowe has earned a reputation as a manager who can get results playing good football, earning himself a win ratio of 35 wins in 57 games in the last calendar year.

Although he would be working with a bigger budget at Southend, it’s understood that the terms of the deal would still have to be right for him to swap a team bidding for promotion for one at the other end of the table.

According to reports, ex-Barnet boss Darren Currie is believed to be keen on the role and former Blues striker Neil Harris is not in contention.

Harris has been approached by the Shrimpers but the former Millwall boss feels the job is not for him at this stage.

Meanwhile, Southend United legend Spencer Prior feels under-fire chairman Ron Martin is not solely to blame for the club’s downfall over the last few seasons.

“The emotions are understandable but I don’t think you can just blame Ron for this,” said Prior via Echo News.

“Of course the buck stops with him as the owner but he was also the owner when we were in the Championship and he’s put money in.

“I keep hearing about salaries and that we’re up towards the top budget wise in every league we’ve been in in the last three or four years.

“The issues haven’t been the budget, it’s been the constant change of management.

“That leads to a constant change of training methods and there’s no forward planning, none whatsoever.”

Southend are currently looking for their seventh manager since January 2018.

Prior adds that the Blues have got one appointment right this season.

“I think it’s great that Tom Lawrence is in as chief executive and that there’s someone to run things day to day now,” said Prior.

“He can’t be held accountable for what’s gone on this year.

“He’s been left with the legacy of what’s happened previously.”

Prior, who made a total of 245 appearances during two separate spells with Blues, wants to see a younger squad at the club.

“Everything seems to be focused around the stadium but over the last few years the club has sold off all its assets and all its talented young players,” he said.

“There’s the legacy of an ageing squad now.

“I won’t disrespect the squad because I haven’t seen enough of the games but play younger players and give them an opportunity.”

He has however been disappointed by Blues’ work in the transfer market.

“There’s something wrong off the pitch with why the recruitment has been so poor,” said the former centre-back.

“The club should not be losing 4-0 at home to Chesterfield and it should be beating Aldershot.

“This current crop of players seem so fragile.

“The talk before game is very positive but one negative action and it seems to be like a house of cards.

“Everything spirals out of control and they can crumble. It needs fresh ideas and a fresh approach.”

@thtweeets: Like when you get beat on football manager and sign the striker who got a hatty

@ShrimpersTalk: As Vince McMahon would say. No chance in Hell

@MitchJesse: Worth a shot i guess

@__jacklawrence: Surely he wouldn’t come to us 😂

@shrimperjon: Why oh why would he leave them. Great squad, money to spend on players and what top 3. Would have to have his head tested to leave there or for them to give him permission to even talk with us!

@Jack_Sargeant1: I admire the effort from us but this just isn’t going to happen is it. Why on earth would Rowe leave Chesterfield for us at this current moment

@AllAtSeaFanzine: Unless I am missing something why on earth would he entertain this move?

@shrimpersaway: He was there on Saturday so will certainly know the current state of the Club…hardly a good impression..

@DextersDesciple: They taking the piss?

@mattybarbs: Can’t see this one going far (I hope). I know we were a state when he came in but we were a huge step up from Gloucester. Southend is sideways at best. Think he should be looking at mid-table/top half league two at least if he is going to go anywhere.