Brian Barry-Murphy quit the newly relegated side last month and he is instead linking up with Manchester City’s under 23s.

Terms with Stockdale is said to have been agreed following a breakthrough in talks and he is expected to sign a contract with the League Two outfit.

The 41-year-old joined the Baggies last December following Sam Allardyce’s appointment and he also worked with Allardyce at Sunderland and had a spell as assistant manager under Paul Heckingbottom at Hibernian.

Across his seven games in temporary charge at both teams, he won three games, drew two and lost two.

Rochdale suffered relegation from the third tier of English football last season after finishing in 21st place in the League One table, just a point away from safety.

They lost just one of their final seven games but their efforts were not enough to prevent relegation and now Barry-Murphy subsequently quit the Dale after over a decade-long association with the club.

He signed as a footballer in 2010 before becoming a coach when he retired eight years later. The 42-year-old was appointed as manager in 2019 after a spell in temporary charge.

As a player, he was a defender from 1997 to 2012 and notably played Premier League football for Middlesbrough having also appeared as a professional for Sheffield Wednesday, West Ham United, Rotherham United, Hull City, Darlington and Tranmere Rovers before joining Grimsby Town in 2008. Stockdale won five international caps for Scotland, all in 2002.

Towards the end of his playing career, he became Grimsby’s youth team manager. He held this position until 2012 where he took up a similar role with Sunderland. He subsequently moved up to coaching the first team and managed the club three times on a caretaker basis, before he left Sunderland in 2018. 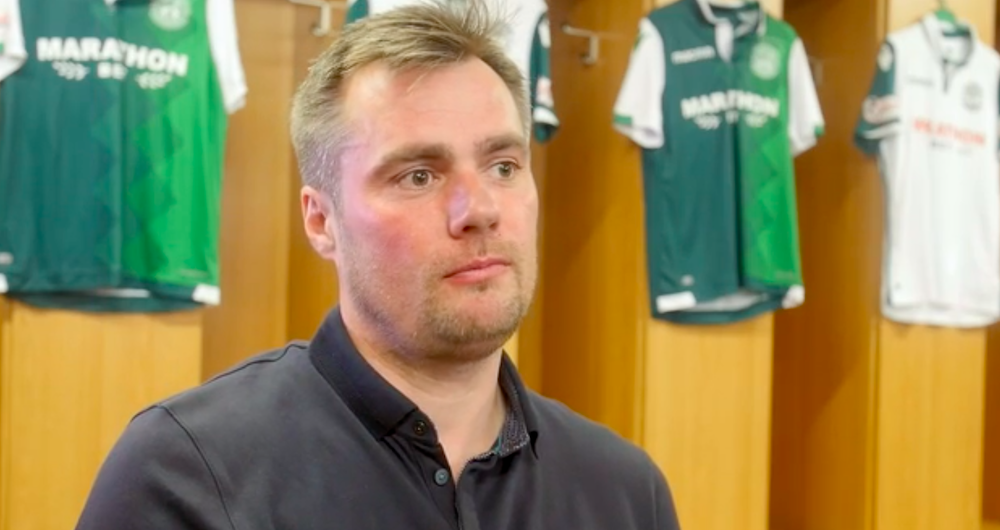 @Hopijz: He’s a good coach did well at Sunderland bringing a lot of our young players during a difficult time for the club. Wish him well be interesting to see how gets on being a number 1

@CharCromx: If Robbie Stockdale is announced as our new manager then I’m happy. Hill didn’t have any first team experience when he took over? RS might not have much experience like other managers but we can’t afford top managers, let’s be honest! The guy hopefully has a lot of contacts

@VTransmissionuk: Gareth Southgate had no international management experience and look what he has done? x

@CharCromx: that could help us and hopefully build our squad! I’m more than happy with him if that’s what the board thinks best! Up the Dale

@elliott_h99: Wasn’t Brian completely unproven as a manager before we gave him a chance? Worked under Big Sam, not many better managers to work for in the English game. Obviously a small budget. Experienced managers cost money we probably can’t afford. I’m more than happy to get behind him

@ChrisParkerNo6: Always hoped Robbie would get an opportunity somewhere.

@AllDaleArentWe: Robbie Stockdale looking like the likely manager, unproven as a manager I feel like this isn’t the season to be chancing it and could be an all mighty risk, I don’t understand why we don’t move for a proven manager irritates me , but maybe I’m expecting too much 🙄🔵

@kevtharris: I’d have loved to have gone with Pete Wild at Halifax

@TonyGreenall4: Plus his name is almost Rochdale.

@oggypart3: ‘Robbie Rochdale’ will certainly be an early nickname

@TomDuncan1990: Did a really good job at Grimsby with the youths/reserves and rightly got a decent move to Sunderland. Think this will be a good appointment

@LeverGav: Great move. Defender with experience of managing at Sunderland worked with big Sam there and at West brom where he currently is u23s manager

What do all the employees at Rochdale say when Robbie Stockdale says hello to them for the first time 😎😎 ?#RAFC pic.twitter.com/6QVrkWXT3v