Marlow FC issue a statement on the female TV presenter who has gone viral talking about getting disturbingly harassed by a customer in a pub.

A Twitter thread over the weekend caught everyone’s attention up and down the nation as she spoke about the ordeal just hours after it happened.

ITV sports reporter and former Welsh hockey athlete Beth Fisher was at the Chequers pub on Saturday night enjoying a catch-up with her best friend when the pair were reportedly harassed and discriminated against by another patron. 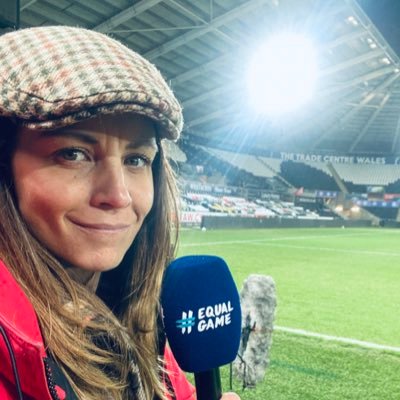 Beth said they were persistently harassed and touched inappropriately by another man in the pub – and Beth used her Twitter account to urge everyone to call out such behaviour. Here’s what she wrote tweet by tweet…

Genuinely are we as women not safe anywhere? Here’s a thread of something that happened to me and my best friend tonight in a pub in Marlow.

I went to the bar to order drinks. I got asked by a man where I was from. Fine right? But he then stroked my back but I played it off. He made a joke which I “laughed” at……longing him to just go away.

He then asked my best friend “where are you from?” She answered “Wales”

Him: “No where are you actually from ORIGINALY*”
*My BF’s heritage is Welsh Indian in case you’re wondering like him 🙄

I told him straight that you cannot ask someone that. His response? He touched her nose & said “You’ve got nice eyes”

He then touched her thigh in a creepy way, we laughed it off nervously & he went away.

Some time passed by & he asked whether him & his friend could join our table.

We responded firmly “no thanks, we’re catching up”

He persistently asked what we meant by “catching up”.

I obviously replied no.

He said he was the queens plumber to which I replied that I didn’t care & could he leave us alone. I asked the bar staff to intervene which they eventually did but here’s the bit at the end which I recorded….

P.s. it went 0-100 when I persistently said no. pic.twitter.com/wTuRLF7Jy6

He clearly asks the manager not to touch him but he touched us at least half a dozen times???? The manager of the bar didn’t chuck him out but just called his behaviour “peculiar”

It wasn’t “peculiar” it was racial discrimination & sexual harassment in a bloody pub at 6.30 pm!!!!!

Please can EVERYONE do better at calling out & dealing with this type of behaviour because it’s happening bloody everywhere.

A Marlow pub manager, Ross Phillips, said a customer who harassed TV presenter Beth Fisher at the weekend “will not be welcome at our venue again” amid a huge Twitter storm over the shocking incident.

He told the Bucks Free Press: “There was an incident on Saturday evening where I intervened to move a customer away from another table in our bar area.

“The male customer who was moved wasn’t offered any more drinks and left our premises shortly after I intervened. He will not be welcome at our venue again.

“We want all of our customers to feel safe when visiting us. We continue to encourage anyone who doesn’t to speak to a member of our team.

“Following on from this incident, we are reissuing training to all of our team members to ensure we have a zero-tolerance policy for guests who act in an inappropriate manner towards other guests or team members.”

“We have been made aware of some comments made on social media over the weekend regarding an individual connected with the club.

“The club will review the comments and then proceed with any action deemed necessary following that review.

“The club will not be making any further comment at this time.

“At the very least, until the above process has been completed.”

They later added: “The directors of Marlow Football Club have become aware of a recent incident, involving Mr Ray Skoyles at a local pub, which has been widely publicised on social media, including a video of the altercation.

“Numerous incorrect statements have been made regarding Mr Skoyles’ involvement with Marlow FC. However, the directors wish to make it absolutely clear that Mr Skoyles is not, and never has been, an official of the club.

“Mr Skoyles was awarded the honorary title of Vice President many years ago in recognition of his company’s past sponsorship of the club.

“Marlow FC does not condone Mr Skoyles conduct and considers it incompatible with the club’s ethos. The directors have revoked Mr Skoyles’ honorary vice presidency with immediate effect.”

I’m calling for all bars, clubs & all other public places to implement a “one strike” rule & remove people who are harassing women from their premises instantly. Who’s with me? #onestrike pic.twitter.com/JMOA6U9Ku5

@KimFarrell3: As a female member & supporter of @MarlowFC I would like to add that women are welcome & safe at our club The directors, supporters, management & players are very respectful of everyone. As a resident of Marlow I am so sorry that this has happened

@MarkAshby6: For all of you that have been following this incident, please know that Marlow FC are a truly community minded club, running a large boys and girls section. This includes local schoolchildren being mascots on match days, and 6-a-side tournaments.

@JennyB_: Thank you Marlow FC. No woman should have to endure racist and sexist pigs.

@apolloelite888: What was he on about “we don’t want people like you in Marlow”, a national sports star and television journalist is very welcome, pretty clear who won’t be welcome when he shows his face again.

@GRTourist: Nice to see organisations washing their hands of this dickhead.

@jackwexford: Thank you for doing the right thing