Ninth tier club Hanley Town sign up yet another former Premier League player, and now they boast a squad with huge amounts of experience.

It’s a significant coup for the club as they secure the signing of a player who has also plied his trade with the likes of Stoke, Tranmere, Barnsley, Wigan, Derby, Birmingham and Middlesbrough between 2007 and the present day.

The 32-year-old joined Melbourne Victory on the 18th of December 2020 and played seven A-League matches in the early part of 2021, but his season was disrupted first by a groin injury and then by a knee injury sustained during his comeback match, and he left the club by mutual consent in May.

In a brief statement, Hanley Town said on signing him: “We are delighted to announce the signing of Ryan Shotton.

“An amazing coup for the football club.

“Please welcome Ryan to the club.”

Fans can look forward to seeing him potentially in action when Hanley welcome AFC Wulfrunians to the Payaro Stadium on Saturday, 3pm kick off.

Born in Fenton, Staffordshire, Shotton joined his local league side, Stoke City, where he progressed through the youth ranks and was handed a professional contract in 2007. He then moved on loan to Altrincham of the Conference, being placed into the right-back position, and he also played some matches as a forward, scoring five goals. Shotton won the Supporters’ Player of the Year award for his performances on loan at Altrincham. He made his debut for Stoke on the 26th of August 2008 in a 3–2 victory over Cheltenham Town in the League Cup, coming on as a substitute in the 90th minute.

He then joined League One club Tranmere Rovers on a one-month loan on the 29th of August 2008, and made his debut four days later, at home to Accrington Stanley in a 1–0 win in the EFL Trophy. He scored his first goal for Tranmere away at Huddersfield Town, heading in the winner to clinch a 2–1 victory. His loan at Rovers was extended until the end of the 2008–09 season. In September 2009, Shotton and teammate Carl Dickinson joined Championship outfit Barnsley on loan for three months. Both spent the entire season with the club, and Shotton made 30 appearances.

Shotton signed a two-year contract extension in September 2010 keeping him at the Britannia Stadium until 2013. He made his first appearance on the Stoke bench for a league game against Wigan Athletic in December 2010. He made his home debut for Stoke in an FA Cup tie against Cardiff City on 8 January 2011 and played the full 90 minutes. He described it as one of the proudest moments of his life.

“It was absolutely unbelievable really when the gaffer told me I was in the team, and it was such a proud moment for me. The gaffer pulled me aside on Tuesday and told me to prepare myself because I was in his mind for the game. Then on the morning of the game, he named his team and I was in there and it was such a surreal moment when I heard him tell me the news. I would be lying if I said there weren’t any nerves because there were, so just to get out there and put in a decent performance was fantastic for me”
— Shotton on making his home debut for Stoke.

He made his Prem debut for Stoke in a 0–0 draw with Blackpool at Bloomfield Road on the 30th of April 2011. Shotton appeared to have scored his first goal for Stoke in a 1–0 win over Hajduk Split in the UEFA Europa League where he was playing as a makeshift centre forward, but the goal was officially recorded as an own goal. He did score in the 89th minute of the Premier League match against West Brom on the 28th of August to secure a 1–0 win, and scored in the Europa League against Maccabi Tel Aviv on the 20th of October. Shotton signed a new four-year contract with Stoke in November 2011. He made his first Premier League start for Stoke on the 3rd of December, in an away win over Everton where he played at right midfield in place of Jermaine Pennant, and said that the first half of the season could not have gone better for him.

He was named Stoke’s Young Player of the Season for 2011–12, despite an indifferent run of form after Christmas until the end of the season, and he began 2012–13 out of the first team frame. But following injuries to Marc Wilson and Andy Wilkinson, Shotton had the opportunity to return to the starting line-up in November 2012. He was warned by manager Tony Pulis that he needed to “get his head together” to remain in the side. He played 26 times for Stoke in 2012–13, as the Potters finished in 13th position, and often came in for criticism from supporters.

At the start of the 2013–14 season, Shotton failed to make force his way into new manager Mark Hughes’ plans. A permanent transfer to Wigan Athletic fell through, but he joined the Championship club on loan until the 2nd of January 2014. He made 14 appearances for the Latics, scoring once, in a 2–0 victory against Ipswich Town on the 22nd of September.

On the 25th of August 2014, Shotton joined Derby County on loan with a view to a permanent deal. He made the move permanent on 1 January 2015, signing a two-and-a-half-year contract for an undisclosed fee. 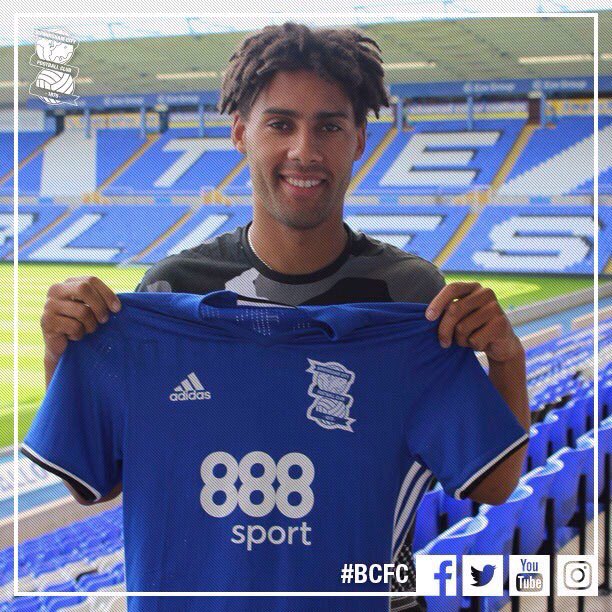 Shotton joined fellow Championship club Birmingham City on the 28th of January 2016 on loan until the end of the season. He made his debut on the 13th of February, replacing Paul Caddis at right back for the goalless draw at Rotherham United. He played in the next two matches before Caddis was restored to the starting eleven. His next appearance was five weeks later away at Reading; he started the match at centre back alongside Michael Morrison, and scored Birmingham’s second goal in their 2–0 win after 27 minutes when David Cotterill’s free kick was parried by Reading’s goalkeeper. Playing in his preferred position and hoping for a permanent move, Shotton kept his place for the next five matches, and succeeded in impressing manager Gary Rowett to the extent that he would consider making an offer for the player if he were available.

Shotton signed a three-year contract with Birmingham City on the 30th of June 2016. The fee was undisclosed, but was later reported to be around £300,000. He began the season partnering Morrison at the centre of a back four; he felt they worked well together, and the pair established themselves as a strong defensively sound pairing. Rowett commented that Shotton’s athleticism enabled the team to defend higher up the pitch and that his concentration and decision-making were improving. The following week, Shotton admitted responsibility for slack marking that allowed Steven Caulker to score an equaliser for QPR, and then produced a fine performance as Birmingham drew 1–1 in the local derby against newly relegated Aston Villa in October – with his dreadlocks dyed blue for the occasion. He scored twice in the first half of the season: the opening goal in a 2–2 draw at home to Preston and Birmingham’s second goal away to Brentford at the end of November that secured a 2–1 win. After that match, Rowett praised Shotton’s progress both in terms of concentration and as Morrison’s defensive partner – both had played every minute of the campaign thus far – but reminded him that he needed to remain focused in training as well as on the pitch.

Two weeks later, with the team just outside the playoffs, Rowett was replaced by Gianfranco Zola, who retained Shotton and Morrison as his central defenders of choice in a three-man back line. In early February, Morrison underwent a hernia operation that was to keep him out until the last two matches of the season, and Shotton himself missed three matches with a groin injury. On his return, he played alongside a variety of defenders as Birmingham slipped towards relegation. Zola’s replacement by Harry Redknapp with three matches left coincided with Morrison’s return to the team, and in a final fixture that Shotton later compared to soldiers in the trenches, the pair helped Birmingham keep a clean sheet away to Bristol City to protect a 1–0 lead and secure Championship survival. He finished the season with 43 league appearances, more than any other Birmingham player.

Shotton said he was happy at Birmingham, and would consider extending his contract. But after the arrival of Marc Roberts as first choice alongside Morrison, and with the club actively pursuing other central defenders, Redknapp stated that Shotton wanted to leave. He reportedly turned down a move to Bristol City, and bids from Hull City and Middlesbrough were rejected by the club, but on the 10th of August Redknapp confirmed that a deal had been agreed with Middlesbrough, but that Shotton would not leave until replacements arrived. He was not included in the matchday squad until the fourth match of the season, at home to Bolton, and when Morrison broke his nose in the first half, it was Shotton who replaced him.Wearing a protective mask, Morrison was fit to start the next match three days later and Shotton, whose wife had recently given birth, was again omitted. Eventually, with the transfer window closing and Birmingham about to sign Harlee Dean from Brentford, Shotton was free to complete his move to Middlesbrough. 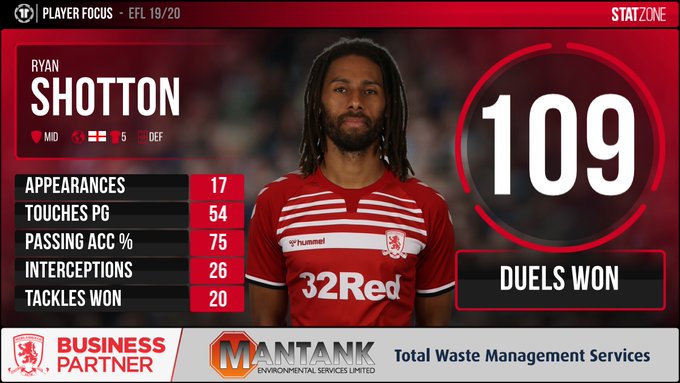 Shotton signed a three-year contract with newly relegated Championship club Middlesbrough on the 30th of August 2017; the fee was undisclosed, though was widely reported as £3 million.

On the 31st of October 2020, Shotton made an FA Trophy appearance for Northern Premier League First Division South East club Leek Town. They lost 3–2 to Evesham United. Four days later he played a in a 3–2 league win against Ilkeston.

Shotton signed for Melbourne Victory on the 18th of December 2020. He played seven A-League matches in the early part of 2021, but his season was disrupted first by a groin injury and then by a knee injury sustained during his comeback match, and he left the club by mutual consent in May.

@robin1302: International clearance gone through for the weekend? 😄

@DJBowers10: When is Crouch signing to get on the end of the long throws 👀

@ScfcJ18: 90 points is a minimum this season

@CRTees: How in this world have you pulled this off? He was in the champ 2 seasons ago.

@Duff_no7: Who is paying for all this?? I swear you’ve got a better squad than the Vale now 😂😂

@Ryann_B19: Class that, his pubs banging an all

@philwill86: Hanley Town about to fly up the leagues

@OatcakeEater: Can’t wait to see him up front banging them in

Fan goes viral after what he did live on Sky Sports at Old Trafford
Ex-Arsenal, Birmingham, Leyton Orient and Doncaster player dies aged 35