The Kent outfit will be playing in the second tier of non league football next season with their fate sealed following defeat at home to Yeovil.

Manager Andy Hessenthaler had claimed only one victory all season and a 12-point deduction added to their plight with the inevitable done.

Bottom club Dover, who are on minus four, are now 35 points from safety with 11 games and a possible 33 points remaining. 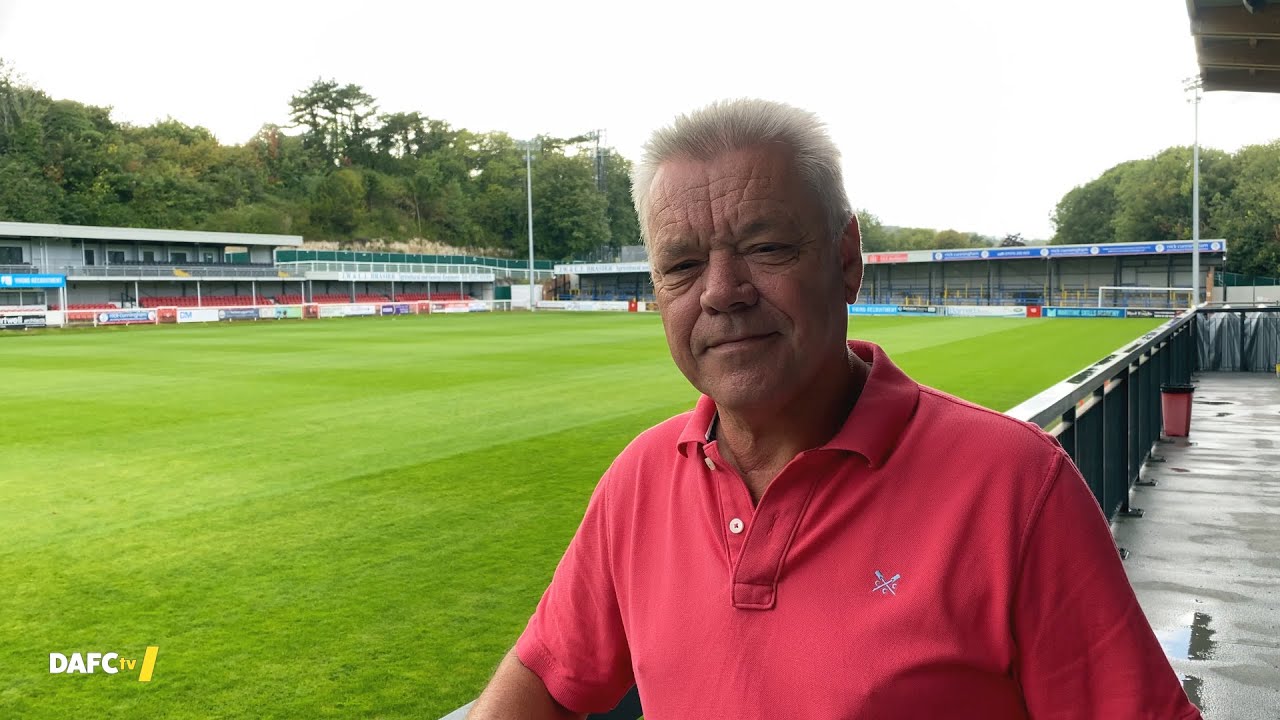 “I don’t think we could have done more, given the budgets that we had to work with and the fine we had to pay.

“That’s about half what our playing budget would be in the National League.

“But our playing budget in the National League is nowhere near big enough to compete with the big clubs.”

After being questioned if Dover would have a bigger playing budget next season, he added: “Well, we won’t need it because the budget that we have had for this season would be in the top 20% of the South.

“People have to understand that the amount of money that’s needed in this league now makes it uncompetitive for teams like Dover.

“You have got teams coming down, two a year, with a £1.5m parachute payment in their back pocket. Some of these bigger clubs are getting 5,000-10,000 crowds.

“They have got big catchment areas, big conurbations around them, and they are taking lots of money. We are working with a crowd, even when we were doing well in the National League, of maybe 1,100.

“We have got a 180-degree catchment area and we have never had a parachute payment in our life which, I think, is probably the biggest evil that’s ever hit football – and certainly the National League.”

“The problem you have got with Academy players at our level is, of course, they are not protected.

“As soon as we start to introduce them to men’s football, we find the vultures are on the fence, trying to take them for bigger clubs.

“That’s the issue we have got. What sort of compensation or protection do we get with Academy players?”

“I’ve navigated the club through the tough times of Covid,” he stated on attendances and frustrated fans.

“I have done what I said I would do, which is make sure we have no debt so we can start next season debt-free, and in a position so we have a budget that is competitive in National League South.

“I understand the disappointments and frustrations. They’re no more than the ones that I have.

“We are going to build for next season and to try and be competitive.”

And Parameter is looking forward to playing in National League South – and the derbies which will come with doing so.

He added: “To be honest, I’m quite looking forward to it – local derbies. There’s some great clubs in National League South, there’s great clubs in Kent.

“For too long, we have been travelling the length and breadth of the country on reduced budgets, trying to compete with the likes of Stockport who are paying £500,000 for a player. We can’t do it.

“It’s stupid of us to throw money at trying to do it.”

Dover manager Andy Hessenthaler, who will stay at the club next season, said post-match: “It’s a sad day, obviously, going out of the division.

“But it would have been a sadder day if there wasn’t going to be a football club here next season.

“The one thing there will be is a football club next season, competing in National League South at a level they will be able to compete at.

“(It was a) poor performance, to be fair. We can’t hide from that.

“A lot of players didn’t get going. There were too many off their game for me.

“We went to Halifax last week (losing 2-1) and they were on their game. That’s been the story of our season – too inconsistent.

“The first goal was poor from us. Second goal, I don’t think it was a foul leading up to it.

“But we can’t rely on the officials – they were poor again. It wasn’t good today.”

Hessenthaler, who was without nine first-team squad players, went on: “We were limited with numbers in terms of the squad because we have got too many injuries, which I’m disappointed with.

“So we had a few young players on the bench. You can’t blame the officials all the time but they were poor today.

“The second goal, for me, definitely was a good challenge. You saw where the ball went. But we have made some poor decisions (as well).

Away Attendances at the Weekend – 21st March
Non League Day 2022: Nearest matches for fans of Prem and EFL clubs to attend