Kidderminster Harriers have discovered that a player of theirs, Amari Morgan-Smith, has been handed a six match ban by the FA.

Confirmation of the suspension was confirmed on the 8th of February 2021 because of an incident that came earlier in the season.

The National League North club have since issued a statement on what happened including more on the punishment handed to the forward.

HARRIERS can confirm that striker Amari Morgan-Smith has been suspended by the FA after the charge of an aggravated breach of Rule E3.1 was proven.

The charge relates to language used by the player in the match against Chester in October 2020.

The player had accepted the charge and, after a personal hearing, was commended for his contrition and conduct. He was handed the minimum sanction of a six-match suspension, which includes the two matches already served for the initial red card offence, with an order to attend an FA educational course at a future date and meet a contribution of the Hearing costs.

The club made its stance on the matter very clear at the time of the incident and, as such, will be making no further comment, save to confirm that it has been comprehensive in its dealings with both the FA and the player throughout, including punishment where necessary, but also a significant level of personal support and education in coordination with Kaleidoscope Plus Group from a perspective of mental health and diversity.

We now consider the matter to be closed. 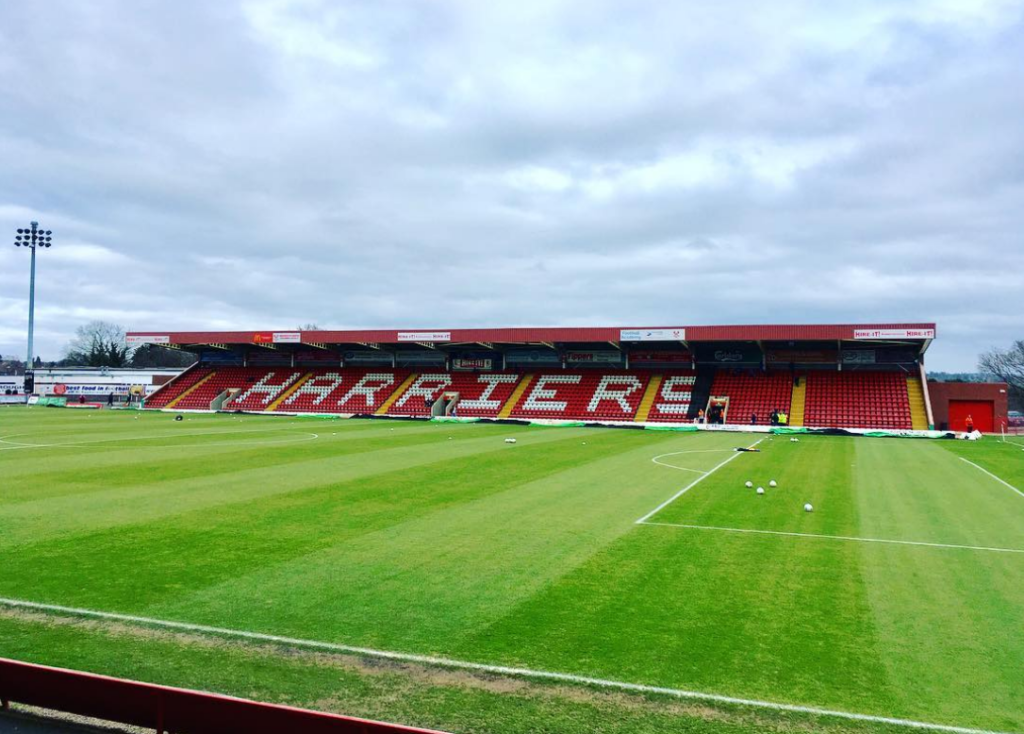 Back in October, when the incident first happened, the club and player spoke out on what took place.

It read: “Kidderminster Harriers would like to acknowledge the circumstances of the sending off of striker Amari Morgan-Smith against Chester.

“Amari was shown a red card during the first half for using offensive language.

“The Club takes the nature of this offence extremely seriously and has taken steps to investigate the full facts of the matter.”

Non Executive Director Monica Shafaq said: “Our supporters will be well aware of the club’s position and stance on these matters, so can be assured when we say we have, as a Board and a management team, quickly assessed the facts of the incident thoroughly.

“We absolutely condemn the use of foul and abusive language at any time and have reminded Amari of his responsibilities not only as a Kidderminster Harriers player, but as a role model for others.

“His actions will not be tolerated and, in line with FA Rules he will be suspended from playing and fined accordingly and, as a Club, we consider the matter closed.”

Amari Morgan-Smith said: “The club is very close to my heart so I am extremely upset that my actions may have caused offence to anyone at the Club – or anyone anywhere else.

“I fully accept that I used language I shouldn’t have done. At no time was I seeking to use it as an insult or form of abuse or malice, but I know that this is no excuse as there is no time that this kind of language is acceptable. I will take responsibility for my actions and learn from this.”

This then led to fans giving their reaction, before the Kidderminster player was handed a six match ban by the FA…

@itsRyRyUK: “At no time was I seeking to use it as an insult or form of abuse or malice…” What utter bollocks.

@Upton_Blues: So why did he use that language? Oh right you aren’t going to comment on it. Cowards

@JayHut_: He called a player a “poof” and kept his job. If I called someone a “poof” at work, I’d expect to be fired. Not good enough that the case is “closed”.

@Cspen7140: Think the allegation was that there was a homophobic nature to it. Would that change the suspension period?

@Luke_Norris1994: Imagine if someone said something racist to @morgan_smith22 be up roar all over social media and in the news, but because he said something homophobic nothing gets said about it disgusting behaviour especially when some of your own fans might be gay

@ForeverAYellow: Right decision and punishment, hopefully he has now learned his lesson and will get a grip of himself before spouting out unnecessary shit. Lucky to still be at the club really