West Ham’s Tomas Soucek brands Brits as sensitive to racism after he defends Ondrej Kudela, who was banned for racially abusing Glen Kamara.

The Premier League star has claimed that his Czech team-mate was harshly treated by UEFA after being handed a ten-match ban which will see him miss Euro 2020.

Czech Republic international Soucek was shocked this week when he claimed, during an interview in his homeland, that the 10-match ban handed to Kudela after the well-publicised incident of racism involving Rangers’ Glen Kamara was ‘absurd’.

Such claims will undoubtedly put Soucek into the headlines for the wrong reasons as his native side prepare to face Scotland in their Euro 2020 opener on Monday.

That game could have implications for England’s tournament fate, with the Three Lions and Croatia battling out Group D’s opening fixture on Sunday.

Centre-back Kudela, who is a former club team-mate of Soucek, who has spent the vast majority of his career playing in the Czech Republic, was found guilty of racially abusing Glen Kamara back in March after a Europa League tie between Slavia Prague and Rangers.

Speaking to Czech publication idnes, Soucek said: “’At West Ham, everyone asked me about it and why he said it and I fought for Ondrej all the time.

“I believe that he did not tell him anything racist, no one proved anything about him. I found it absurd.

“I know him so well that I can’t imagine him saying anything racist. I see how sensitive the British are to racism every day.

“Two cultures collide because we think a little differently than they do. Slowly, one is afraid to say anything so as not to offend or slander someone. And I think that’s wrong.”

The controversy doesn’t stop there for Soucek, as during the same interview, he spoke out against taking the knee before games. 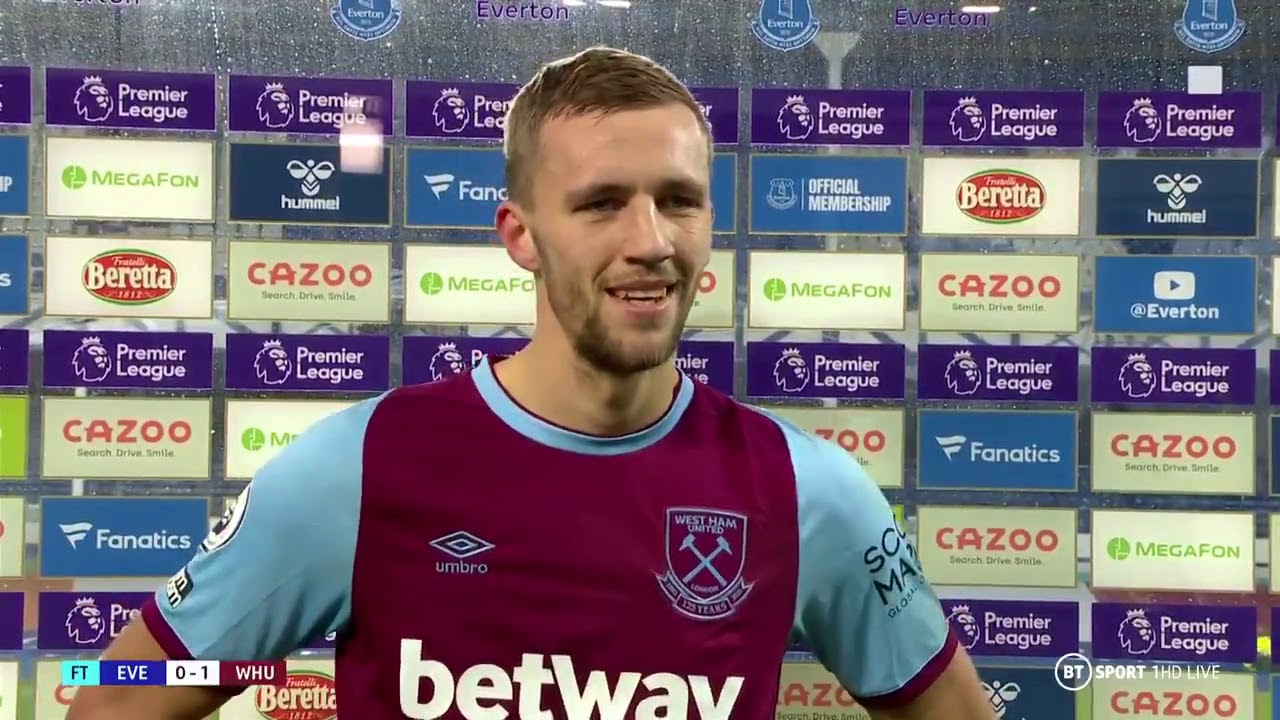 The 26-year-old said: “’We’ve been doing it all season, but it will probably be cancelled before the next one as it doesn’t have much of the original impact anymore.

“But it’s like everything — an interesting gesture that will attract attention, but will it help anything? That’s the question.”

His comments certainly bring an element of shock, especially after taking the knee has come hard into focus in recent weeks, particularly after England fans booed the gesture before their recent warm-up games at the Riverside Stadium in Middlesbrough.

Two weeks ago, Kudela apologised but chose to appeal the ban, which end up failing in overturning.

“The appeal lodged by Mr Ondrej Kudela has been dismissed,” UEFA said in a statement.

“The CEDB had decided to suspend Slavia Praha player, Mr Ondrej Kudela, for the next 10 UEFA club and representative team competition matches for which he would otherwise be eligible to play, for racist behaviour.”

Rangers insisted that Kamara had been “vindicated” by UEFA’s original decision to ban Kudela when it was announced in April.

However the Finland international’s lawyer Aamer Anwar accused UEFA of issuing a “token” punishment after calling for Kudela to be kicked out of football for a year.

That is a stance he has reiterated even though he is glad to hear the news that Kudela’s appeal has been rejected.

He tweeted: “Whilst the decision of @UEFA to uphold the 10-match ban against Kudela for his racist abuse of @GlenKamara4 is welcomed – the ban smacks of tokenism & in reality UEFA has failed to take any real action against racism, meanwhile my client is yet to receive a full apology.”

“They should have a minimum one-year ban for players when it comes to this and they should be fining clubs substantial amounts so it actually damages the pocket.

“UEFA is like an oil tanker that would take hours or days to shift but if, for instance, somebody is setting up a Super League UEFA will move almost instantaneously and threaten all sorts of punishments and sanctions.

“When it comes to racism it’s very tokenistic – it’s take the knee, fly the banner, put up a slogan and think that’s it, job done. It’s not job done.”

What a truly horrendous take. Racism is racism. There is no grey area. Refusing to condemn Souček just because he plays for West Ham. pic.twitter.com/hMSr7ZLiHI

If he was accused of murder I guarantee there won’t be this much uproar, but no one looks at it like that because everyone wants to not be seen as racist, of course we all want to kick out racism but having such a skewed view is counterproductive, like Tomas is getting at pic.twitter.com/GyYUoG7ZBv

Am I reading this correctly? pic.twitter.com/UovjYJmOgA

And respect for Soucek plummets “because we think a little different”.

Maybe “f*cking monkey” means something else in Czech? pic.twitter.com/gHszMHxrTC

@VillaVisionBen: Disgusting. It’s not a culture. Racism is racism end of story

@Robert_15s: Way to ruin your legacy just had such a good season as well 🗑

@JMcCallum74: I mean there was a month long investigation and 2 appeals that have both been denied but go off Tomas 🥱

@MaxWorSpur: Haha the state of people trying to defend him

@kieran99singh: “I see how sensitive the British are to racism every day. Two cultures collide because we think a little differently than they do.” ???? His quote that’s bad and you shouldn’t try to defend just coz he kicks a ball for West Ham

@LWP1991P: I’ve got respect for him for having the balls to not only back his friend up over an allegation but to actually point the finger at the British and say what we are doing to tackle racism is counterproductive.

@josephavfc: And now I hate him

@PalaceDan91: I think we need to find a middle ground between the people who are against racism on one side, and the racists on the other. Perhaps “racism is OK when it’s one of my mates?”