West Brom brilliantly troll Newcastle after fan’s bizarre ‘windmill’ celebration which took place after a late winner was scored at Oxford in the FA Cup.

The Baggies’ FA Cup opponents were confirmed on Tuesday night after Allan Saint-Maximin sent the away end wild at the end of extra-time.

His goal however was overshadowed as the headlines instead talked about the celebrations that ended up getting shown live to the nation on BBC One.

One fan made sure he was being seen by jumping ahead of everyone to then bizarrely whack out his penis and wave it about.

The advertising boards gave it more comedy value after ironically showing Viagra at the same time the fan decided to expose himself. 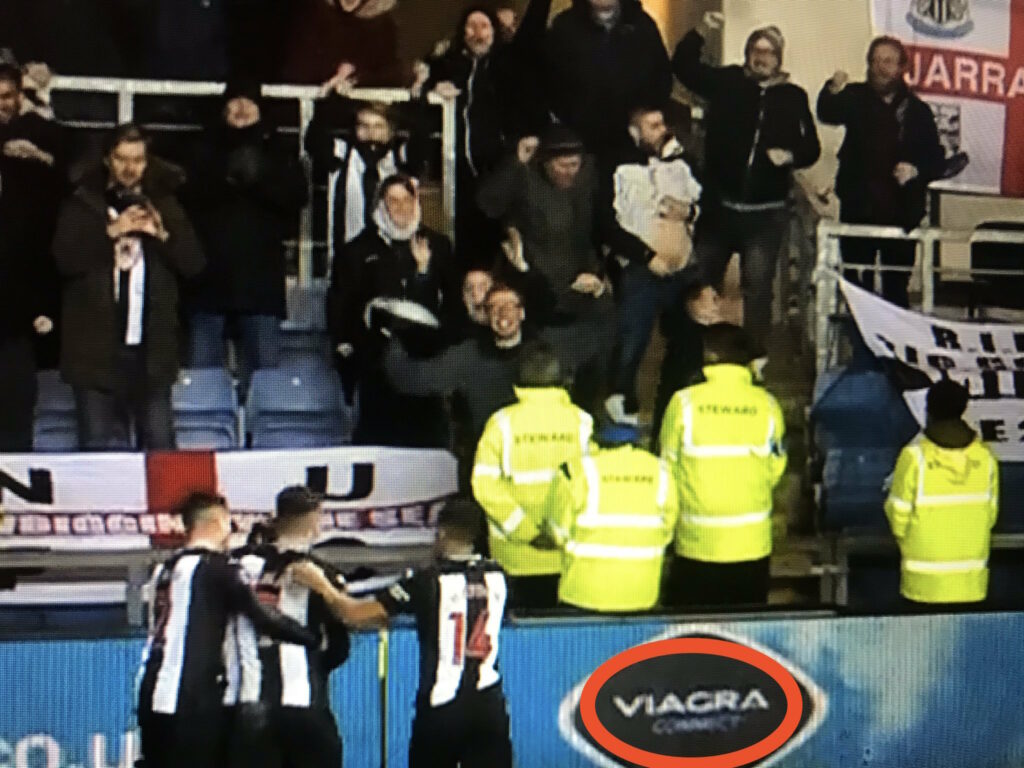 The BBC tried to quickly cut away from the celebrations in the stand, but they were wasn’t quick enough for eagle-eyed viewers who then rushed to talk about it on social media.

West Brom’s Twitter admin also got in on the laughs over the fan’s actions when they confirmed ticket details for the fifth-round tie against Newcastle.

The Championship club wrote: “We would like to remind @NUFC supporters The Hawthorns is a windmill-free zone.”

Confirmation of our #EmiratesFACup fifth-round clash with Newcastle United.

We would like to remind @NUFC supporters The Hawthorns is a windmill-free zone.https://t.co/5UtMQSz8Pw

There's only room for one famous Willie up the shrine ? ??????? pic.twitter.com/Y32IKaCqnx

W just for you Admin pic.twitter.com/PVuqjqQGmT

Like what the Fan Banter have on offer? Sign up for more Championship notifications!
Related TopicsEnglish Football LeagueEnglish Premier LeaguefeaturedNewcastle UnitedWest Bromwich Albion