Wealdstone are to investigate an alleged incident involving a striker of theirs and a homeless woman which took place in London.

The National League side say they are probing striker Ryan Gondoh with reports claiming the 23-year-old was involved in an altercation with a homeless woman in London.

It is alleged that Gondoh threw water on the women after an accusation that he was racially abused by her, with footage getting plenty of attention. 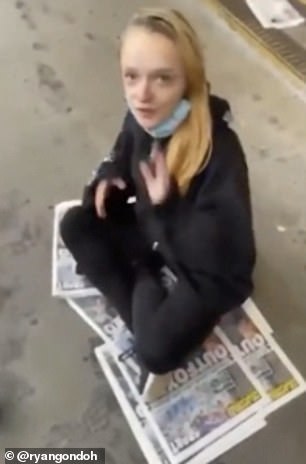 The video begins showing the young woman begging for change outside Queensway Underground Station in west London when she was confronted by the footballer who accused her of calling him a ‘black c***’.

After initially denying it, she repeatedly called him the N-word prompting him to retaliate by kicking out at her begging cup over and calling her a ‘tramp’.

He then left the scene before returning with a bottle of water and poured it over her head, as she ran inside the station to get away. That’s one way to deal with racism. 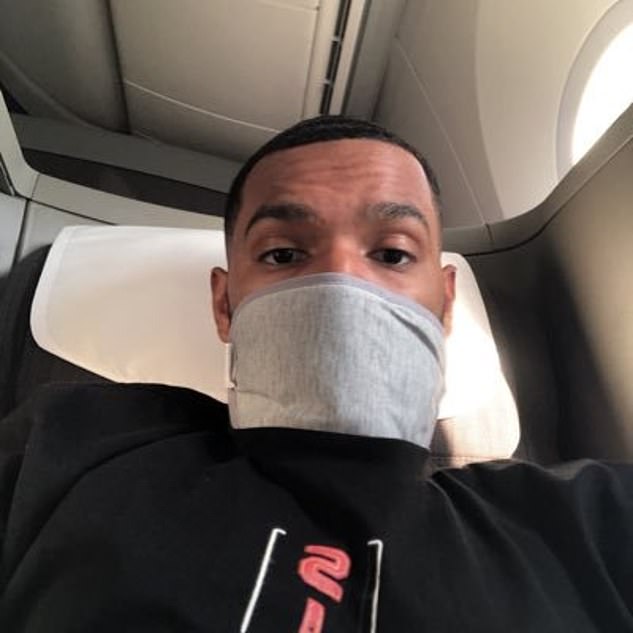 “There is absolutely no place in society for racism, discrimination or any form of violence,” Wealdstone said in a statement on social media.

“The club will be discussing this incident with Ryan in due course and will be making no further comment at this time.”

Gondoh joined the Ruislip based club in March having had spells at Isthmian League side Whyteleafe and National League South club Hampton and Richmond Borough, scoring twice in 13 appearances.

Footage filmed by the player was posted on social media earlier this week and has since gone viral, with more than 200,000 views.

It shows Gondoh approaching the female beggar outside the station entrance, as he repeatedly asks: ‘What did you call me?’ before replies ‘I called you greedy, darling.’

To which he responds: ‘No, what else did you call me?’

She denies calling him anything else, but he insisted: ‘No, you called me a black c***, you little tramp. Didn’t you?’

The woman lays a pile of newspapers on the wet pavement and sits down holding her begging cup.

He questions how much money she has in her cup and she says: ‘Not much, that’s why I’m calling you greedy.’

The man then offers to ‘put more in’ and asks: ‘How much do you want?’

She answers: ‘I want somewhere to sleep.’

He says: ‘Well, you know when you call people n***** and be racist and all that? It ain’t gonna get you far in life.’

He promises to put £5 in her cup but when she puts it down on the ground he kicks it over, scattering the contents across the footpath.

As she quickly picked up her coins, he says: ‘You ain’t getting nothing you little tramp. The old me would’ve kicked you in your f****** head, you little sket.

A second clip shows him returning a short while later, claiming he has ‘come to apologise’.

He then pulled out a bottle of water and let all the liquid drop over her head, forcing her to run inside the station.

‘That’s what you get. Come out here, then. Come and sit down here again.’

The man kicks over her pile of newspapers and repeatedly shouts ‘I’ma shame you’ – before the footage then ends when another man intervenes.

Gondoh has shared since shared screen grabs showing vile racist messages he stated that he has been subjected to since he shared the footage, before setting his account to private.

Some of the messages show other Twitter users have called the 23-year-old the N-word while making other appalling remarks regarding his skin colour.

Responding to the abuse, Gondoh said: ‘So the second we react to the racial abuse we receive, we’re in the wrong? It doesn’t make sense.

‘I can’t imagine what the likes of [Manchester United star] Pogba and that go through.’

A black pro-footballer harasses a homeless English girl, and once she snaps and calls him a nigger he then uses it as an excuse to kick, degrade, and douse her with unknown liquids. pic.twitter.com/VVhAIBKAXZ

@KRennicks19: Stand with him. Support him. It’d have took a huge influence on his well-being the past week undoubtedly. If punished, keep it undisclosed. Keep it professional. Show solidarity.

@Jimbokav1971: He deserves your complete support. I’m not a @WealdstoneFC fan and in fact support 1 of your rivals and have asked them to support him also. Talk to him and then come out completely in support of him. #ImWithGondoh

@iamKayRaja: Big up yourself bro! Sorry you had to go through that man, but you handled that well! Props 👊🏽👊🏽

@AidanNorbury: Will say a lot if they back bro 🤞🏻

@PindsPinds: Wealdstone FC have a great opportunity to stand against racism by supporting Ryan. A fantastic opportunity as a football club in the conference league to do something that has not been done before.. PROPERLY. I’m counting on you.

@robscott___: Someone slap the mario sound on for when he kicks the coins

@ItsBlaineMan: “could of been the bigger person” “two wrongs dont make a right” “he should of known better”… usual suspects out in force looking for anything to condemn except the actual racist. Isn’t the victims job to be the bigger person but he was anyway for not kicking her head off!!!

@ConStones5: What was the old saying? Kick Racism out…?

@Am_ldn: It was a good kick, no wonder he’s a professional

@CaneKieran29: Shoulda recreated Rooneys volley against Newcastle with her head

@Bu8James: They are both in the wrong. But he should know better. She has a horrible life. He just got called a nasty word. He should be the bigger person and just ignore her. Kicking her money and pouring water over her doesn’t seem like much but where does she go to dry? Both idiots

@nannyCatherine: Is she mentally ill or just substance dependent & begging & annoyed he didn’t give her enough money? He shouldn’t have poured water over her BUT he’s fed up of needless racism. I support him – she’s plain wrong

@Whatsjohndunn: @RyanGondoh fucking good on ya lad. Shouldnt be putting up with that shit.

@elliotmitchell8: People saying walk away 🤦‍♂️ if he walk away she thinks it’s acceptable and will just do it again
🤷‍♂️ hopefully she thinks twice next time she is racist!!! #imwithgondoh

He controlled his emotions exceptionally well imo! He kicked a cup

My face waiting for her to put the cup down because I knew it was about to fly pic.twitter.com/tbDUkFwUNX

#ImWithGondoh @RyanGondoh my brother. It’s time for this to stop ❤️

@NLBIBLE4: Daily Mail trying to stir up trouble as usual. She 100% deserved it. People don’t seem to want to tackle racism so he did it himself. #ImWithGondoh

@longest90: If you think being drenched with water is the issue here then you need to give your head a wobble

@SaeedTV_: The daily mail are really scummy aren’t they.

@AShitden: What type of headline is this. She had it coming and got what she deserved.

@Kierzz01: Good she’s lucky he didnt kick her in her mouth. #ImWithGondoh and FUCK DAILY MAIL YOU TRAMPS