Derby County boss Wayne Rooney makes a claim in a complaint to police with more photos posted of him with a female over the weekend.

The former Premier League player has claimed he was ‘set up’ and has complained to Greater Manchester Police after social media was flooded with images of him getting close to a woman in a nightclub and asleep in a hotel room while two half-naked women took photos around him.

Photos on social media appear to show the married Derby manager, 35, with his arms around the waist of an unknown woman while out at the exclusive Chinawhite club in Manchester. Other images appear to show Rooney asleep in a hotel room with at least two half-naked women.

MailOnline understands that the pics were taken on Saturday night just hours after his Derby side lost to Salford in a pre-season friendly, on the first weekend that nightclubs in England were allowed to open in more than 15 months due to lockdown restrictions imposed during the pandemic.

There is no suggestion of any wrongdoing on Wayne Rooney’s part as some shots showed him asleep whilst the girls were flaunting their stuff, though there were an image with him kissing a woman and another of him having a selfie with one.

There was some footage which was widely shared on Twitter and that then was circulated around messaging services like WhatsApp. The clip shows another girl apparently breaking wind near the Derby manager, being viewed over 175,000 times.

In another snap, Rooney is awake and holding a half-full wine glass with blood and scratches clearly visible on his knuckles.

In the background of one pic, another woman, wearing a skimpy white dress, is lying full length on a bed with sunlight glaring through a gap in the curtains, suggesting it was taken during the day.

The semi naked women posing in pictures alongside of Wayne Rooney asleep inside the Staycity Apartments in Manchester are said to be from Barrow in Cumbria.

Tayler Ryan, Elise Melvin, and Brooke Morgan, all of whom are aged 21 got close to the footballer on a night out.

Tayler posted photos of her sitting with Rooney on a couch to her 13,000 Instagram followers. 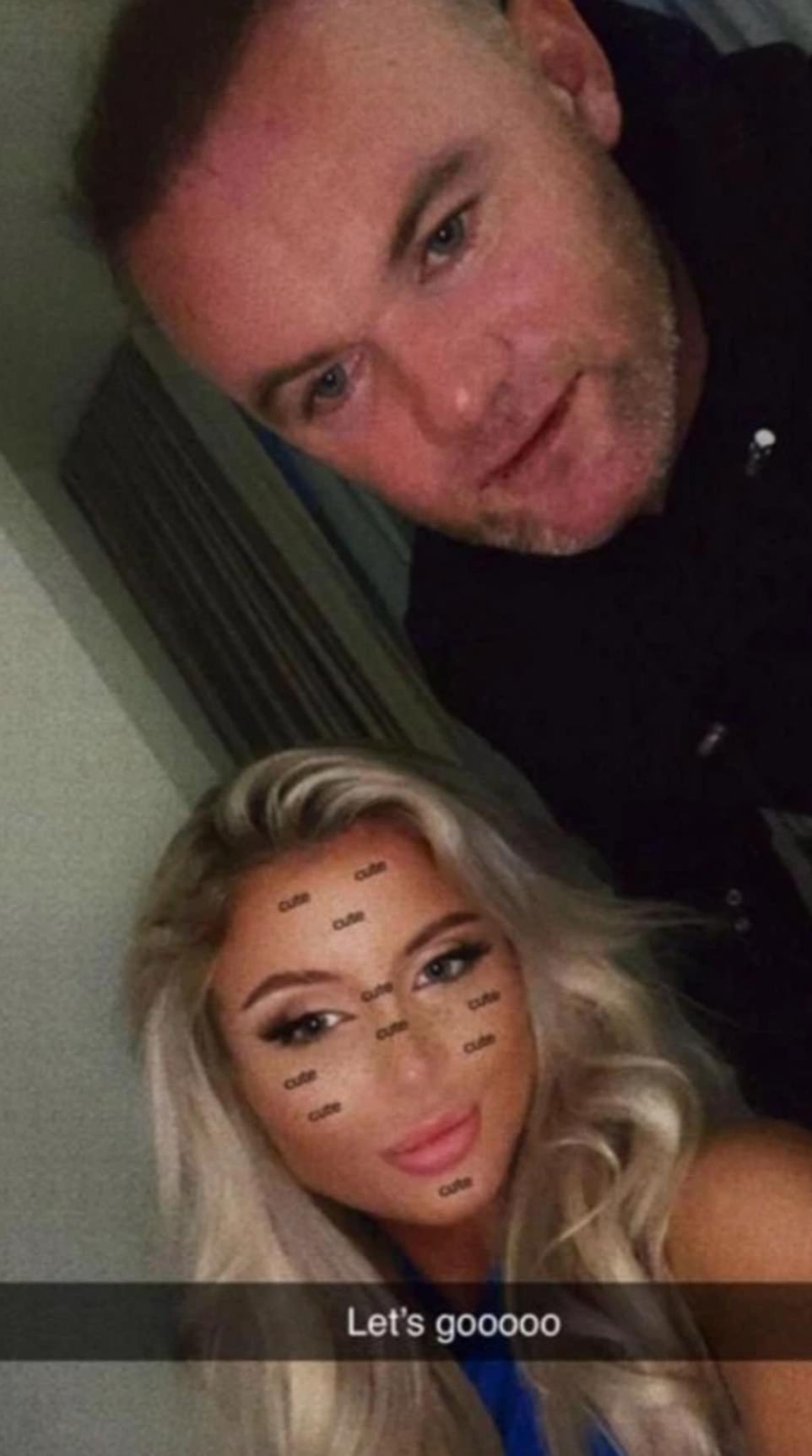 No sexual contact is believed to have taken place between Rooney and any of the women.

Rooney had reportedly left the Staycity complex ‘angry’ after he woke up.

A friend said: ‘They were all having fun dancing around with Wayne and his mates and posting about it on Snapchat but they couldn’t stop laughing when he passed out. They decided to have some fun.’

Rooney has been with his partner Coleen for nearly two decades and the pair started dating when they were 16 after leaving school, married in 2008 and have four sons together.

Rooney is currently busy preparing his Derby County side for the new Championship season, which kicks off in a fortnight’s time.

Though he faces a significant challenge ahead of his first game, which is to be against Huddersfield Town, because the team currently nine registered senior players – two of which are goalkeepers.

After the game against Salford he vowed he would not walk away as manager, but warned the club it would be ‘impossible’ for him to field a team for the start of the new Championship campaign without significant signings.

The midlands club are currently under a transfer embargo, preventing them from signing players, after failing to provide financial records from previous years.

But earlier this week after the English Football League altered its rules due to ‘exceptional circumstances’ caused by the club’s virus outbreak last season.

‘It’s other people which I can’t control who need to make bigger decisions that I do,’ Rooney told Sky Sports News.

I once ended up in a hotel with Wayne Rooney and a video of me pumping on his head went viral pic.twitter.com/1gyWPdMs1d

LEAKED – Wayne Rooney returns to his Cheshire home following an eventful night out in Manchester pic.twitter.com/FJV4Y9NSE3

Wayne Rooney checking twitter this morning and seeing them photos in the hotel room https://t.co/baPWoat4fe

Surprise update made public over disgraced footballer Adam Johnson
Former EFL and Non League player caught with £11,000 worth of cocaine in house raid