Rooney has slammed Morris as ‘disrespectful’ for being kept in the dark as the Championship club entered administration, claiming he hasn’t spoken to him since early August.

Wayne found out that the club was going into admin via Sky Sports. During Thursday’s press conference, he said he’s had ‘no phone call or message’ from him in six weeks.

💪 “I’m ready to fight… I grew up on a council estate in Liverpool, I know how tough things can be.”

🏖 “What type of person would I be if I walk away now, go on holiday and sit in the sun for two weeks?”

Wayne Rooney insists there is no chance of him quitting #DCFC 🐏 pic.twitter.com/o1V2I1tlnR

When asked what his communication with the Derby owner was like, Rooney said there hadn’t been any, before adding: ‘I just found it a little bit disrespectful, to be honest.’

Derby County officially entered administration earlier this week, triggering an automatic 12-point deduction that sunk them to the bottom of the table.

Morris said the Championship outfit had lost £20million in revenue as a result of the pandemic and the administrators confirmed Derby’s debts run into ‘the tens of millions of pounds’ without disclosing the exact figure.

The club confirmed the appointment of Andrew Hosking, Carl Jackson and Andrew Andronikou from Quantuma as joint administrators on Wednesday, who later confirmed that Rooney’s job would be safe, despite the desperate need to cut costs.

The 12-point deduction is a huge setback, but Rooney has revealed that he’s challenged his ‘incredibly committed’ players to ‘make history’.

Rooney added: ‘With 12 points, it is going to be a challenge and I have challenged the players to make history – no-one has done that previously.’

The former Manchester United and England player also pledged his future to the crisis club, saying he is ready to fight and save the club.

‘I am here to fight for this club, I am not prepared to walk away,’ Rooney said. ‘We will get through this, there is no worry the club will go into liquidation.’

Morris was unable to reassure staff at the club that they would be paid this month, with the club finding themselves in mounting debt.

Rooney remains coy when asked whether his players would have to take pay deferrals to help the club out.

‘What is important is no decision is rushed through.’

Hosking and Jackson also faced the media on Thursday and said they had already held conversations with ‘genuine, credible’ buyers, with the prospect of some of the club’s debts being discounted due to entering administration making them a more attractive purchase than they previously were.

‘A club of this magnitude is such that it does have a viable future moving forward,’ Hosking said.

‘No one’s underestimating the task ahead of ourselves because clearly, there will need to be some difficult decisions made over the coming week or two in terms of whether we need to consider if there need to be any efficiencies made.

‘But there is a considerable degree of interest in this club. A lot of it was expressed prior to (entering) administration.

‘Now that the club is in administration, notwithstanding the points deduction and clearly the distress to the supporters, the staff and suppliers to the club, we do consider that the position to be able to make a successful conclusion to the story is now really very, very practical.

‘We don’t consider the obstacles that we face at this stage insurmountable.’

Hosking said the timescale to get themselves a buyer had been set with a view to allowing the new owner to be in place in time for the January transfer window opening.

The administrators said they would’ve to evaluate the need for an agreement over player wage reductions on a month-by-month basis but Hosking said he ‘sincerely hoped’ that would not be the case.

The admins believed to be confident there was enough cash left to settle September’s wage bill but that they were looking for short-term funding to cover the day-to-day losses that must be incurred to be able to run the club beyond that even with any redundancies that have to be made.

They met with representatives of the club’s supporters’ trust on Thursday and their message to them was that ‘every little helps’, with Hosking adding further clarification on the difference in revenue with an extra 5,000 supporters at Pride Park each week would make.

⚪️ Derby County’s administrators say they have already received interest from six potential buyers for the club, since it was first announced on Friday that the club would go into administration. pic.twitter.com/DK0A0DkZab

Derby going into administration is highlighted as an example of a club which chased the Premier League dream and had fallen short, with Hosking not disagreeing that the gap between the top division and the rest would continue to create a risk of financial distress.

‘I was conscious of a comment that was made to me by a Championship chairman some years ago, who said it’s the only league in the world where they play Russian roulette every season because some clubs will make that push for the land of milk and honey,’ he said.

‘The reality is it will happen time and time again, such is the disparity between the funds in the Premier League and the other divisions.’

Meanwhile, Frank Lampard has defended Mel Morris, saying the businessman is ‘brilliant on the human side of things’ and ‘cares deeply about the club’.

‘I don’t know the current circumstances but Mel Morris cares deeply about the club,’ Lampard told Coral. ‘He has invested a fortune into it and I can only speak so highly of him and how he treated me. 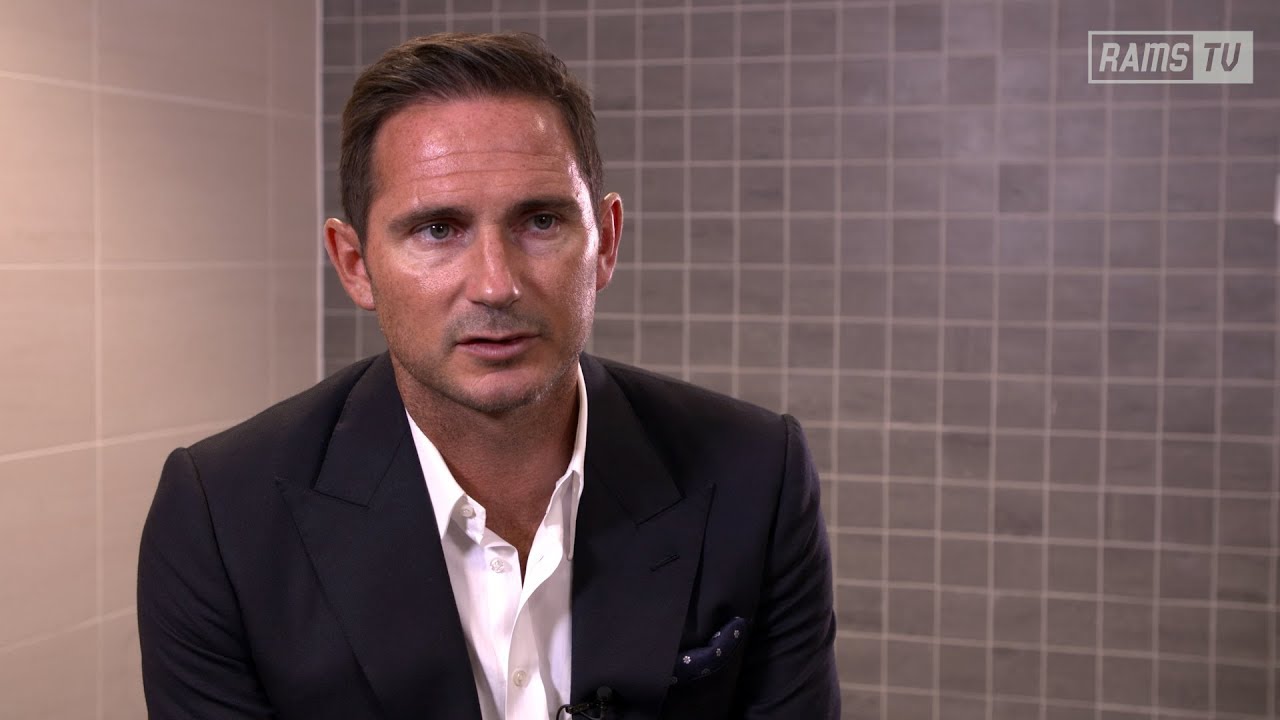 ‘People will have different stories about Mel but he was amazing for me during my time there. He was brilliant on the human side of things.

‘He looked after me, the people who worked there and all the players. I really hope that they find the right solutions because I had a great time there.’

Lampard also paid tribute to the city of Derby whilst reminiscing on his one season stay at the club and lifted the lid on how much the football club means to the people there.

‘The attachment I built up with Derby in one year, the fans, the city, everybody so welcoming, it was a good year.

‘We didn’t quite get to where we wanted to get to but I had an amazing time there and the thing that struck me when I read the news about what is happening there at the moment was for the people that work at the club behind the scenes.

‘It is a club with so much history and the way that there is only the one club in the city, so everybody there supports Derby. Most of the people who work at the club support Derby, have done for years, care so much and put so much effort into the community.’

@DcFcTalk: Had my doubts, but he is without doubt the one person we need to keep at the club through these difficult times. The whole club is behind you Wayne. Thank you.

@Walsall_Ram: To any potential owner, if you decide you want someone else running our squad, you’ll have a problem to deal with. Regards #dcfc #dcfcfans

@EmmaKinsey7: Rooney saying Mel Morris didn’t sound sincere, wasn’t heartfelt and lacked honesty after addressing them all. Glad he can finally speak out. The fact that he wants to stay and fight for this club…saying he cares about it and won’t walk away. He’s a hero currently in my eyes

@fearsatanremix: I think the club are lucky and priveledged to have Wayne as manager and leader of this football club. His handling of affairs both on and off the field has been exemplary and he deserves all our praise.

@barmylad34: #wayneRooney really doesn’t have a high regard for Mel Morris and how he conducted himself. Clearly Morris has been avoiding him to not be put on the spot. Rooney is conducting himself fantastically in this situation. #dcfc #dcfcfans @BBCDerby unbelievable he hasn’t spoke to him

@paulbates3: At least someone is now being honest