Leeds United‘s Kalvin Phillips ended up getting sent off for his horrendous studs up tackle on QPR‘s Geoff Cameron in today’s lunchtime kick off Championship fixture.

Marcelo Bielsa’s side’s form went from bad to worse as they lost at Loftus Road to Nahki Wells’s only goal of the game.

It was a controversial goal as Luke Ayling got his head to an Eberechi Eze free-kick and the ball fell to Wells, who controlled it with his arm before firing in.

Fair to say it would have easily been ruled out if VAR existed in the Championship.

QPR ended the first half ahead and arguably looked more threatening than their visitors despite having far less of the ball.

The hosts looked dangerous every time they counter attacked, but scuppered their chances.

Leeds got themselves a penalty when Patrick Bamford was played in by Luke Ayling and then taken down by QPR keeper Liam Kelly.

Bamford stepped up and had his spot kick – which went low to the right – saved superbly by Kelly.

The game started to slow down, both Leeds and QPR went close with their chances in the final ten, Pablo Hernandez went the closest on the 80th minute, when he smacked the ball on the outside post.

Two minutes of normal time remaining and a high tackle on Geoff Cameron saw Phillips make no complaints as he was sent off, meaning he is now suspended for three matches. Something that could prove costly in Leeds’ promotion hopes.

Cameron and visiting defender Luke Ayling were also booked in the aftermath of the incident. 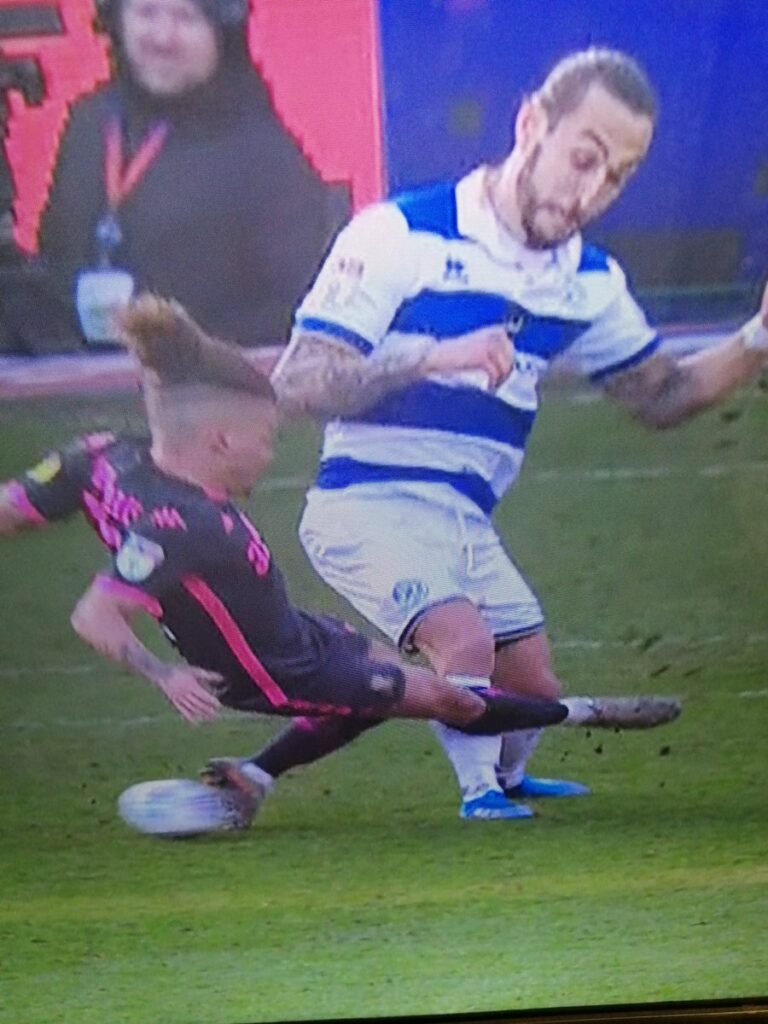 No Kalvin Phillips at the city ground then #nffc pic.twitter.com/wWJytX1n5e

It's the most wonderful time of the year ??? pic.twitter.com/0Pem615fRp

@urghbusani: Is that the EFL’s fault as well then

@NiallBranton: He’s fed up with it all aswell…

@leenashley: We are in fucking free fall and now no @Kalvinphillips for 3 games FFS! #lufc

@CraigAllenlufc: Why the fuck would you do that you fucking prick @Kalvinphillips get gone we dont need you

@D_I_N_G: I have sympathy with @Kalvinphillips. He lost his head, & it will cost us, but he’s sick & tired of being the best player in a team that only has 12/13 options every week. We just aren’t deep enough to get out of this league. He knows it. We know it. He’s tired. I’m tired. #LUFC

@AlexRichards222: Kalvin Phillips ? some challenge that was

Player reveals “I agreed Real Madrid transfer… but ended up at Portsmouth!”
PHOTOS: Away Fans in the Stands – 18th January