An update emerges over Gareth Southgate’s future as England manager having made it through to the knockout stages of Euro 2020.

The Three Lions are currently preparing to face Germany in front of more than 40,000 people in Tuesday’s eagerly-anticipated European Championship last-16 tie at Wembley.

Football Association chief executive Mark Bullingham would like Southgate to extend his stay beyond next year’s World Cup, regardless of what happens against Germany. 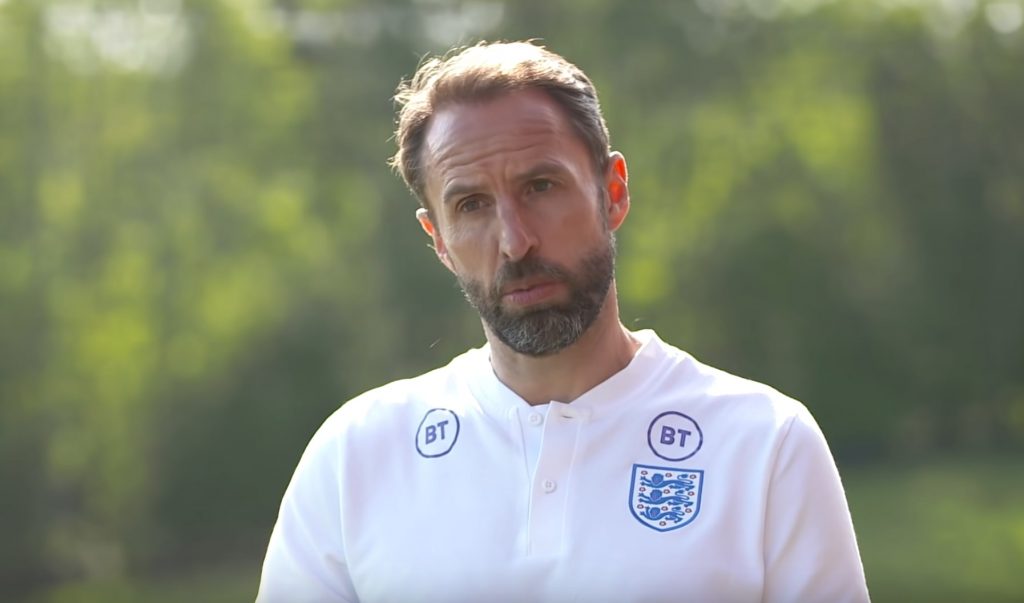 Having reached the World Cup semi finals three years ago and finished third in the Nations League back in 2019, the Three Lions have the chance to make this a summer to remember at the rearranged Euros, after being made second favourites to win the tournament.

Southgate’s side however struggled to capture the imagination despite reaching the knockout phase as Group D winners, yet Bullingham is delighted with the overall job being done.

“Am I enjoying the football? Yes, I am,” he said. “Gareth has done a brilliant job, finishing top of the group, really solid defence, and he’s done really well on and off the pitch, in every aspect.

“We feel he is brilliant, both on and off the pitch. We want him to carry on. He’s doing a great job. Regardless of Tuesday. Absolutely.

“Regardless of the group stage of the tournament we would have wanted him to carry on, not just in (this) tournament but if you look at Nations League as well, he did brilliantly in that. 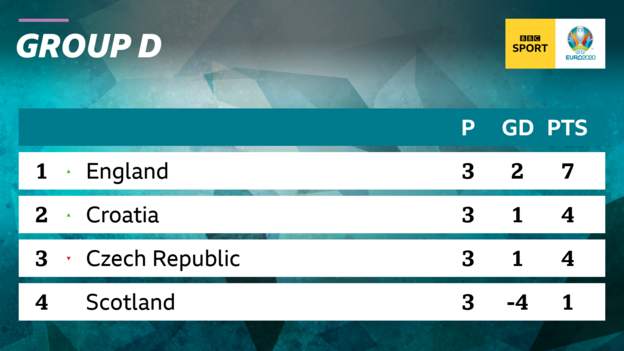 Southgate was given the England role after Roy Hodgson’s successor Sam Allardyce made a swift departure in 2016, with the U21s boss doing enough in temporary control to earn a four-year deal.

The former footballer signed a new contract in October 2018 to take him through to next year’s World Cup in Qatar and Bullingham would like him to stay beyond that.

“Gareth knows exactly how we feel about him,” he said. “He knows that we think he’s doing a great job and we’d like him to carry on.

“We would love him to carry on, for sure, beyond this contract.”

Bullingham said they would “get into that formal conversation after this tournament” but suggested Southgate “could do anything in club world or FA world” given his skillset.

He has not asked the 50-year-old what he wants to do at a time when everyone’s focus is making it to the Euro 2020 finale at Wembley on the 11th of July.

Yet articles are out there, and it would be surprising if Southgate somehow doesn’t catch on to this in some way before the game against Germany.

It’s confirmed that 60,000 will attend the semi finals and final at Wembley after talks with UEFA about potentially moving the final away from London. 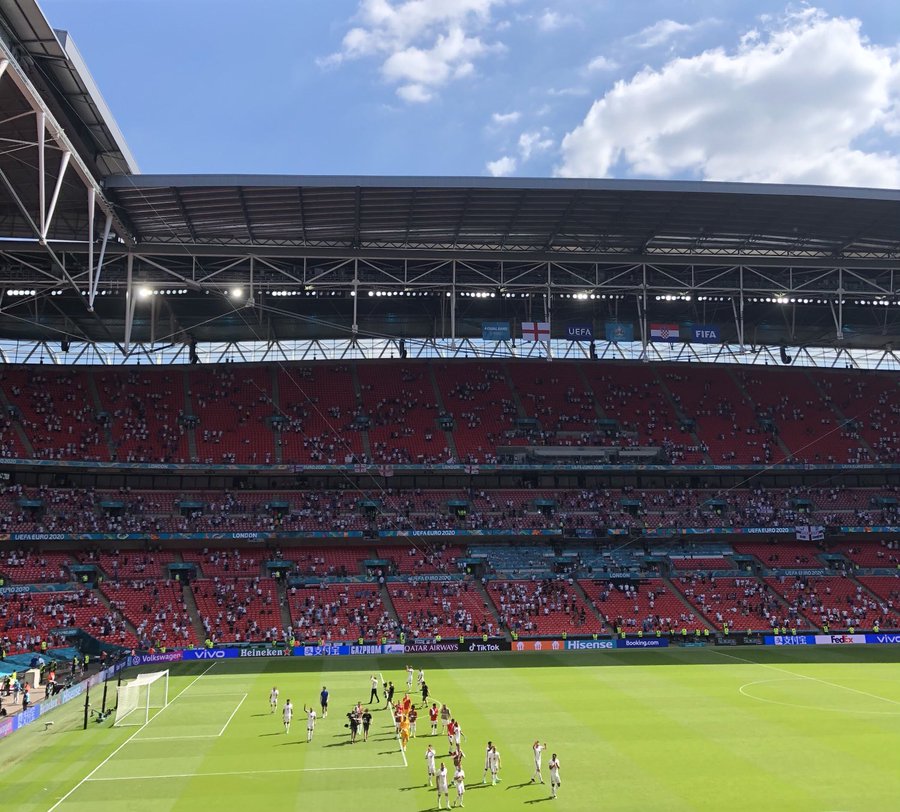 “It was definitely a real possibility of being moved,” Bullingham said. “The Government were fantastic, working really close with them and UEFA we got to a really good position.

“It has had to come and had to balance public health all the way through that but we came to a sensible decision.”

Bullingham says the group games at Wembley have gone well and hopes it can provide the platform to a return of supporters in large number next season.

“We are really looking forward towards that,” he added. “We always said that we wanted the Euros to provide the platform for next season.

“We are hoping we can do it really safely and all the evidence so far from the research programme (suggests) that we are not causing any significant outbreaks for anything.

“The first three (games had) 58,000 people (and) only 15 positive tests. That’s really positive. We know it is an outdoor environment.

“We know everyone is facing the same way, those are important factors. Providing we can put the infrastructure around, have transportation worked out, we are confident we can offer a safe environment.”

@MW24577: Got us to a World Cup Semi Final and who knows how far we will go in the Euros. Amount of stick he gets is unbelievable.

@BykerWallv2: He’s got us playing shite with the best squad we’ve had in years man

@troikadeus: So he could be smashed 5-0 by germany and still get offered a new contract 😂😂 The FA moving like Man Utd

@mick_moose: Jesus Christ. When the FA learn. Wait until Germany pump us on Tuesday

@whitpit: Stop offering contracts before tournaments end. They should only be offered for success

@thistimesurely: Definitely the right time to be talking about this.

@leehemmings91: Can’t wait for him to unveil his 7-2-1 formation in Dubai.

@BlueKnight1878: It’s because of his political leanings not football.

@hodsgod: It just shows a generation after they didn’t appoint Cloughie, they still don’t know their arrs from their elbow!

@stujohn4: England’s best squad since 2006 and it’s still “a learning curve for the lads” 🤦‍♂️ get a proper manager in charge not this PE teacher. Christ it will be a learning experience every tournament 😂 pathetic

@Zelonius: Surely all sorts of contract talk for Southgate should be put on halt and be sorted out after the tournament we are in?!

@Dukecook2: Too soon for me. If we get knocked out Tuesday I’d get rid of him Wednesday morning. UTE 🏴󠁧󠁢󠁥󠁮󠁧󠁿

@euanavfc: I’d get rid of him Tuesday night

@TheSaltiHere: FA moving like #MUFC. Southgate and Ole are like twins when you think about it. Rewarding failure.

@MrLeeloo: If we lose 1-0 to Germany on Tuesday, will the fans want another 18 months of his mis-management, let alone another 3+ years? This guy got Middlesbrough relegated – he’s a Championship manager at best

@RSwanson_UK: The FA are a fan of non attacking boring football?

@joefriess: Don’t get the hate. Didn’t like Southgate at the World Cup but I’m a big fan of what he’s been doing at the euros.

@ToweringZigic: We really are starting to waste this generation if we let him stay until then. I still maintain if we lose next week the FA will rightfully be under massive pressure to get rid

@lufcJoe_: Only way I’d be happy with this is if we win the Euros, otherwise he needs to go

@avbiIly: i’m well and truly ready to bang my head against a brick wall. surely those in charge can see the utter drivel the rest of us can?

@Ryan_Matt98: One of the worst tactical managers I’ve ever seen. And that’s being completely honest. 2 goals scored at the euros and drew to scotland. Playing 2 holding midfielders when needing a goal. Aswell as drying up goals from a player who won the golden boot. Terrible manager