The top six favourites to become new Barrow manager has been revealed following their assistant’s rejection confirmed on Friday evening.

Rob Kelly has confirmed to the Club that he does not wish to take up the vacant First Team Manager’s position at The Progression Solicitors Stadium.

The Bluebirds’ Assistant Manager took temporary charge of First Team affairs in February and oversaw a run of results which helped secure the club’s status in League Two for another campaign.

BREAKING: The Club has made the following statement regarding Rob Kelly and the vacant First Team Manager’s position…#BarrowAFC https://t.co/wvIBvHajQJ

Since the 2020/21 season ended, the Board has been in discussions with Rob around taking the job of First Team Manager on a permanent basis.

However, Rob has now informed the Club that he does not wish to be considered for the role and we are therefore welcoming applications from other interested parties.

“I would like to thank Rob for his contribution during the past season,” said Chairman, Paul Hornby.

“I also thank him for his honesty during our discussions and for providing a decision in a timely fashion, which now gives us the opportunity to move forward quickly with alternative plans.

“It’s another big summer for the Club and we won’t waste a second in bringing the right man in to take us forward and ensure we can enjoy a strong 2021/22 in the EFL.”

Applications can be sent to recruitment@barrowafc.com – the club have said in a statement.

So who are the top six favourites to become the new manager of Barrow? Take a look below…

The midfielder began his playing career with Manchester City and then signed for Leeds, where he scored 47 league goals in 230 appearances. He played for Nottingham Forest for a shirt time, under the management of Brian Clough, and then joined Sheffield Wednesday, for whom he scored the winning goal in the 1991 League Cup Final at Wembley. He also played for Birmingham City and Bolton Wanderers on loan before joining the latter permanently. Sheridan made 199 league appearances for Wednesday and scored 25 goals. He also won the First Division title with Bolton in 1997. Sheridan then played for Doncaster after leaving Bolton and then joined Oldham, where he spent the last six years of his playing career, scoring 14 league goals in 144 appearances.

He played international football for the Republic of Ireland, making 34 caps and scored five goals over a seven-year period. Having been included in the Republic’s squad for UEFA Euro 1988, Sheridan went on to play one game at the 1990 FIFA World Cup and four in the 1994 tournament.

He became Oldham’s manager in 2006, having served as caretaker twice during his time as an Oldham player. Sheridan departed from the club in 2009, having spent more than ten years there as a player, coach and manager. He then headed for Chesterfield later that year, where he achieved success in league and cup competition. Sheridan was next Plymouth Argyle manager from 2013 to 2015, and then had a succession of short-lived managerial positions, including spells at Newport County, Oldham (twice more), Notts County, Fleetwood Town, Carlisle United, Chesterfield (again), Waterford, Wigan Athletic and Swindon Town.

Keith Hill is an English manager and former player, who was recently axed by Tranmere Rovers right before the League Two playoffs were to begin.

In a 16-year-long playing career, Hill was a centre back who represented Blackburn Rovers, Plymouth Argyle, Rochdale, Cheltenham Town, Wrexham and Morecambe.

After retiring as a player, he went into coaching at Rochdale, and was twice the club’s manager until sacked in March 2019. Following this, he had a difficult spell as manager of hometown club Bolton Wanderers following their points deduction. He was appointed manager of the Super White Army (Tranmere) on the 21st of November 2020, but was sacked after the team reached the League Two play-offs in May 2021. This was mainly due to concerns over form and that he could be responsible for bottling promotion when they really want to be back in League One after losing their place from it due to PPG last season, something the owners were against.

Samuel Lee is an English coach and former player who is currently assistant head coach at West Bromwich Albion.

Lee played most of his career for hometown club Liverpool during the 1970s and 1980s as a midfielder, and also represented England fourteen times. He also had playing spells at QPR, Osasuna, Southampton, and Bolton Wanderers.

After retiring as a player, Lee joined the coaching staff at Liverpool before joining Sven-Göran Eriksson’s England set-up in 2001. He became assistant manager to Sam Allardyce at Bolton in 2005, and their manager in 2007. He was then appointed assistant manager to Rafael Benítez at Liverpool in 2008 before returning to Bolton Wanderers in 2012 as head of academy coaching and development. Lee was appointed assistant coach at Southampton under Ronald Koeman in 2014 before joining Sam Allardyce’s England staff two years later. Lee followed Allardyce to Crystal Palace and Everton in 2017. Lee re-joined Allardyce again at West Brom in December 2020 as an assistant. 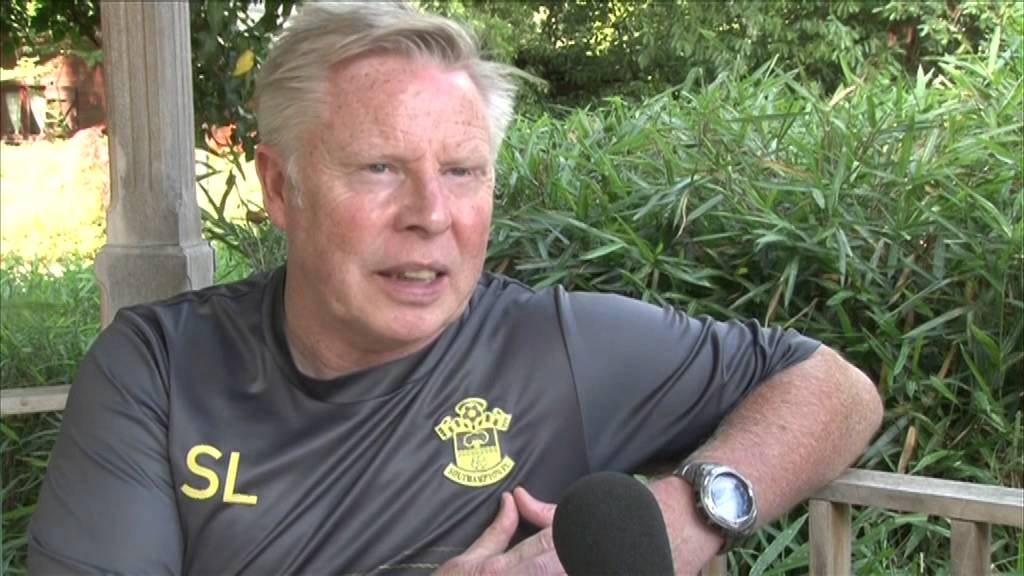 Sam Hird is an English professional footballer who plays for Barrow. Although primarily a central defender, he can also play as a defensive midfielder.

He started his youth career in 1997 with Aston Villa before joining Leeds in a spell between 1997 and 2007.

He had a loan spell with Doncaster Rovers making five appearances in 2007 before signign a permanent deal with them in the same year and went on to play 157 times until 2012. Whilst at Donny, he had a loan stint at Grimsby Town playing 17 times.

He has been at Barrow since 2019, making 59 appearance for them up until now. 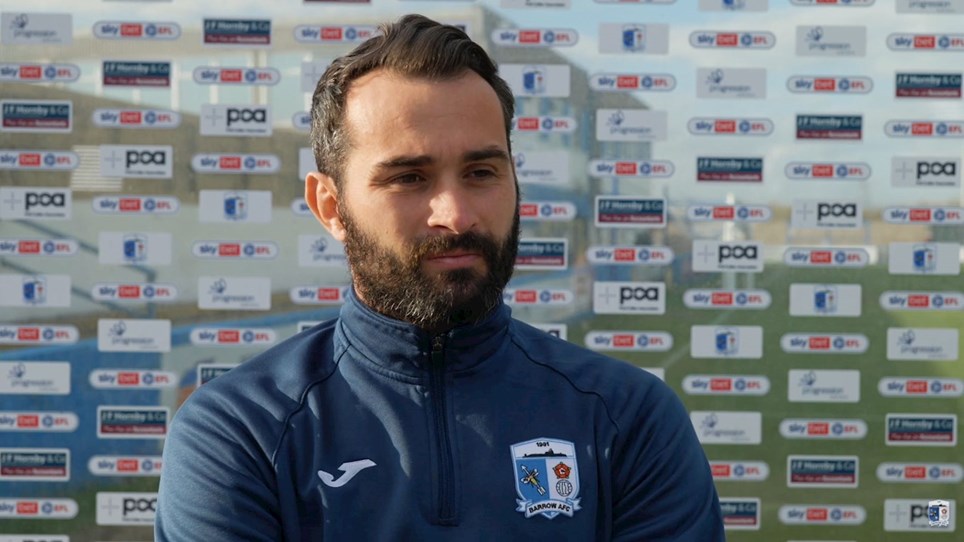 Peter Atherton is an English former footballer who played as both a defender and a midfielder, before going into coaching.

He was assistant manager at Halifax Town, although on 16 October 2007, he came out of playing retirement to appear for the Shaymen.

In his playing career, he also played for Wigan, Coventry, Sheffield Wednesday, Bradford City and Birmingham. He is now assistant manager at Bolton Wanderers. 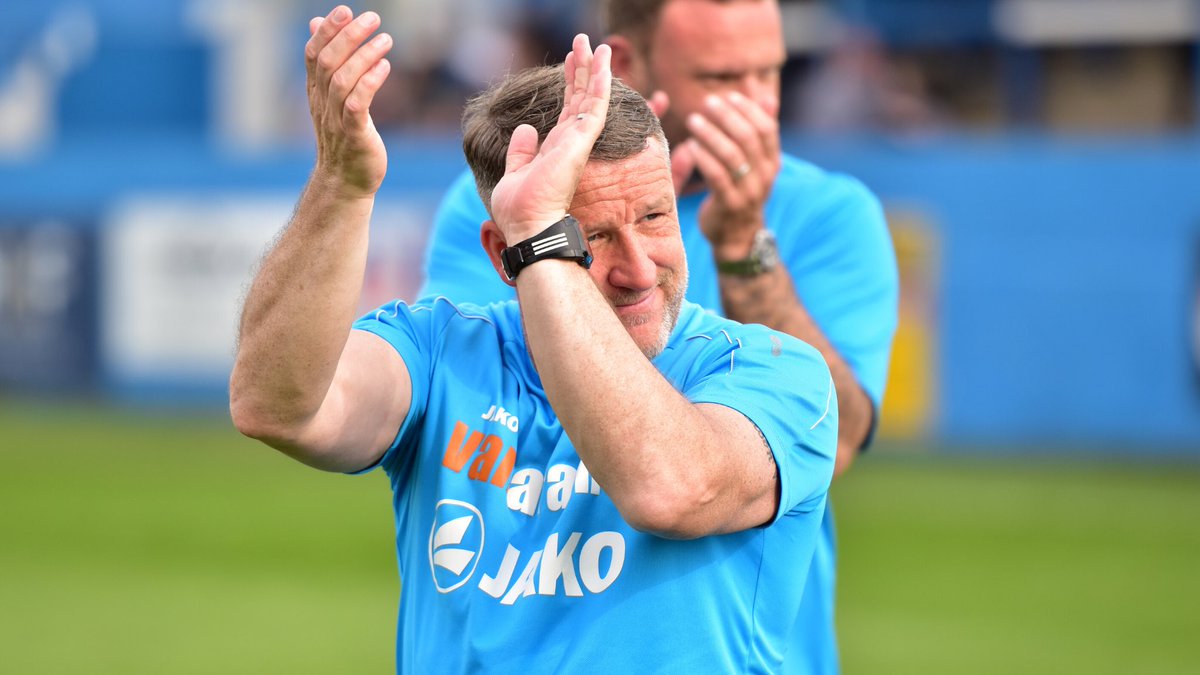 The 52-year-old’s axing came after a poor run of six matches without a win and four consecutive defeats left them sixth in the table.

Cooper had led the club to promotion to the English Football League at the end of his first season with the club.

“This decision we’ve made is about giving ourselves the best chance of promotion,” chairman Dale Vince said.

“Despite our collective efforts, we’ve been unable to halt our slide in form, which has the potential to take us out of contention this season.”

The club had been four points clear in third place after beating Harrogate on 13 March but have since slipped down the table.

Saturday’s defeat at struggling Walsall was Forest Green’s fourth in a row and sixth loss in their past 10 league games, with the club now five points off the automatic promotion places.

“I’ve enjoyed working with Mark these last five years, he’s made a big contribution to the club and will always be a friend,” Vince added.

“In football sometimes you just need to make a change – and with Mark’s contract ending next month, and us needing a change in the next six games, this feels like the right decision.”

With the top six favourites to become new Barrow manager out following assistant’s rejection, fans reacted on the latest news…

@pdsmith74: Club legend. Keeping us in the league pretty much on a par with getting us in in the first place. If he goes completely, get him back for a massive, grateful roar from Holker St crowd!

@smcmenemy58: Always going to be the case, but did his job in keeping us in the league for which this supporter will be eternally grateful!

@james_flynn: Rob Kelly ruling himself out is unfortunate. Was excellent in steering Barrow over the line. Hope Barrow go for a more experienced manager, with success at this level, who can really cement the club in the Football League.

@Dannyowen98: Amazing job done from Rob to keep the club in the football league, hope to see him stay but time will tell

@markwebb77: Poisoned chalice it’ll take a big man to take this job on

@TomAndrewDavies: Should go for Keith Hill

@BarrowNSC: Unsurprising perhaps, though not the news we wanted on a Friday! But, on to the next chapter…

@burner03: Gutted. Thanks for keeping us up. Hopefully get this one right.

@ianbarrowboy: Experience needed a champ/league 1 manager with connections who can take the club forward and hopefully promoted

@afcbluebird99: Understandable anyone know if hes leaving or will he just go back to assistant for now until the new manager comes in?

@Bamber678: Hopefully he stays in as assistant

@FairhurstCarl: I heard Michael Jolleys good … oh wait 😂 … let’s get this appointment right this time! Can’t get another one wrong after Dunn and Jolley

@OffTheLineBlog: Real shame to see that Rob doesn’t want to take the role on a permanent basis, as he has done a really good job in his time in charge. Regardless of who comes in, retaining RK will be key, as I have been really impressed with him.

@StarWarsNerd73: Gutting to hear, hopefully he can stay as assistant next season! We’ll forever be grateful for his hardwork in keeping us up and will always get the keys to the town in my eyes!

Will Rob be involved in any capacity?

Whatever he decides, I wish him all the best. If anyone sees or speaks with him from the club will you thank him for the fabulous job he did as MANAGER and for leaving us all looking forward to seeing our club in the @SkyBetLeagueTwo pic.twitter.com/T3OpOL6PVn