There’s good and bad news emerging on the Birmingham City and Everton takeovers with fans keeping updated with the ongoing sagas.

This week ended with Derby County and Oldham Athletic feeling uplifted as David Clowes rescues the Rams after nine months of uncertainty while Latics owner Abdallah Lemsagam has agreed to sell the financially-stricken club.

So attention turns to the situation playing out at St Andrew’s and Goodison Park, so in this article, we bring you the latest lowdown.

Blues fans are feeling a little more relieved it has to be said with Birmingham City’s owners are set to re-open talks with ‘other’ takeover groups after the expiry of Laurence Bassini’s exclusivity period, according to reports. 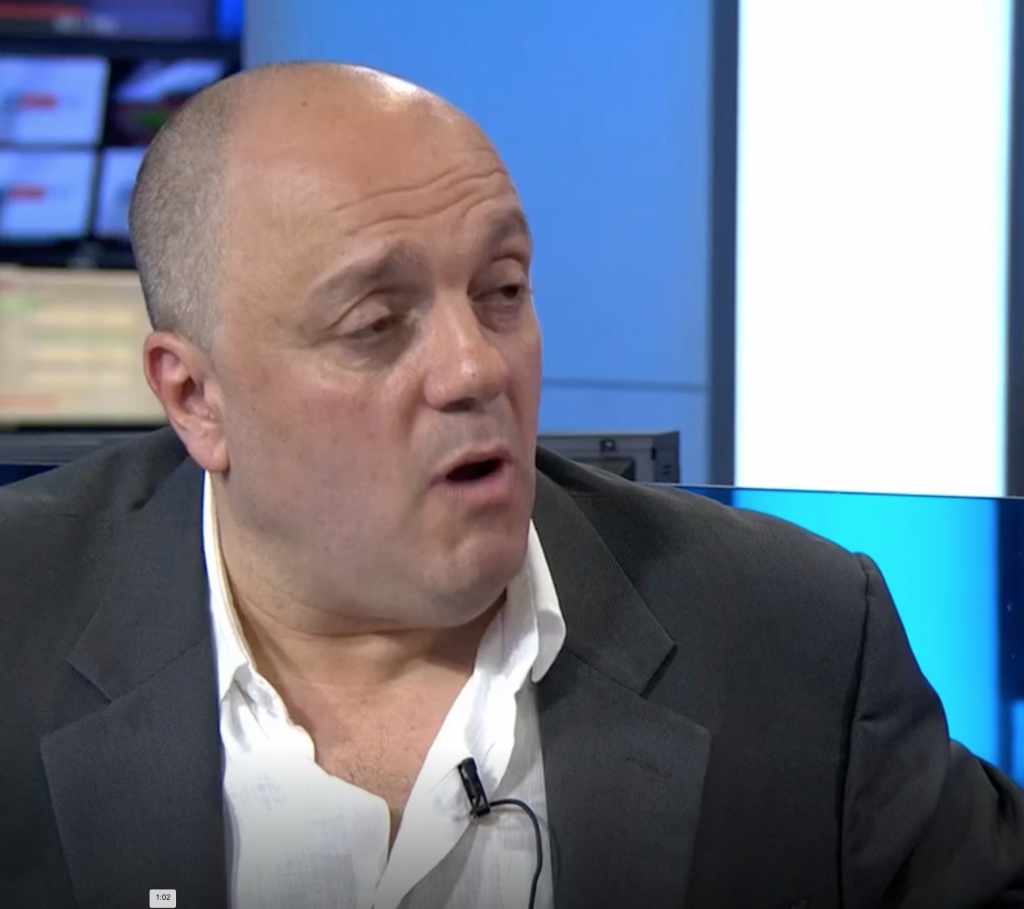 Paul Richardson, who headed a group to takeover the club, is to now open talks with the club regarding a possible takeover after club killer Bassini failed to meet ‘several deadlines’ last month.

The issues arose after doubts reportedly began to grow amongst investors over whether the deal would get approval from the EFL and FA, according to The Mirror.

Bassini wanted to buy out Blues’ largest individual shareholder Vong Pech, who has a 21.64% stake, in a bid takeover the whole club in the next two years for £36.5million – really just to prove to everyone that he could do it – leaving talkSPORT presenters stunned in an interview he had with them.

Current manager Lee Bowyer would have been replaced if the deal had been ended, with former QPR boss Mark Warburton or John Eustace suggested as a replacement, however Warburton remains in charge of the club with Warburton since joining David Moyes’ coaching staff at West Ham United and Eustace stays as assistant manager of the Republic of Ireland for now.

Blues are now poised to re-open negotiations with Birmingham City fan Richardson and his business partner Maxi Lopez, with the current owners remaining ‘willing’ to sell the club. The two remain interested in purchasing the club but will face competition from at least two other potential suitors.

Meanwhile at Everton, it’s possibly not so good news, with their takeover in serious doubt with sources close to Farhad Moshiri saying deal is off. 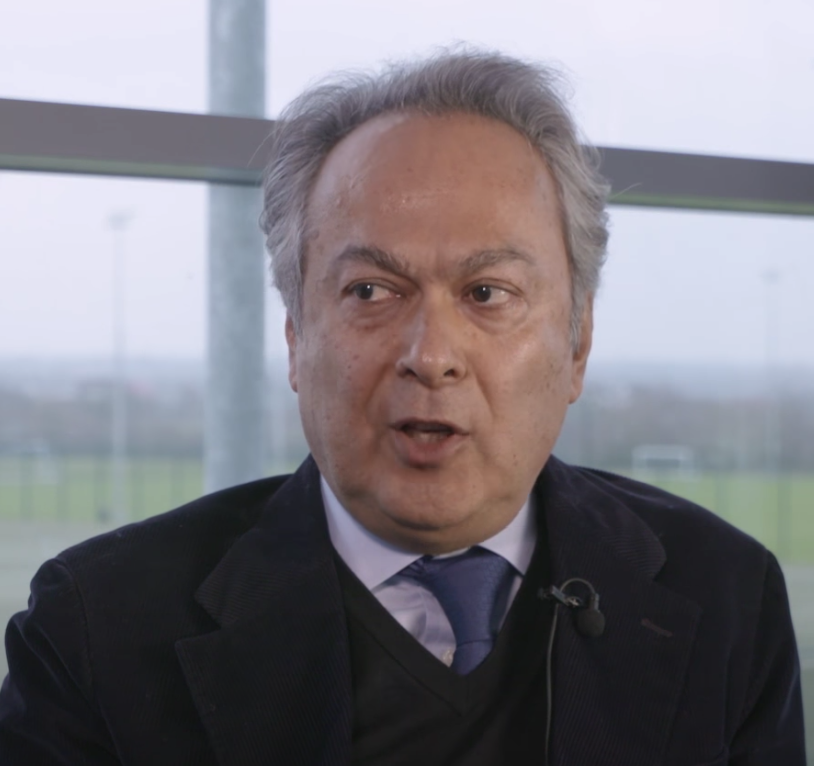 The exclusivity period granted to the group led by Peter Kenyon, which was being bankrolled by American businessman Maciek Kaminski, expired on Thursday night, though sources close to the consortium insisted they were unaware of negotiations ending.

Moshiri’s claim suggested work was said to still be ongoing between the Kenyon-led group and their lawyers at trying to find an agreement and provide proof of funds.

Telegraph Sport report that Kenyon’s group, which included Kaminski and another American businessman John Thornton, had hoped to reach an agreement to buy the club by the 21st of July.

Yet Moshiri’s camp are adamant that talks had been called off and will not be revived, with the 67-year-old turning his focus on stadium financing and squad strengthening especially after selling Richarlison for £60m.

As first reported by Telegraph Sport, Kenyon’s group had signed heads of terms and believed they had broadly reached agreement over a deal to buy Everton for over £500m.

The consortium had said they would fund the building of their new stadium and make transfer funds available to head coach Frank Lampard.

A period of exclusivity was granted to the group, allowing them to negotiate with Everton without the threat of a rival bidder holding takeover talks.

Kaminski flew over to England to meet Moshiri in person and visited the site at Bramley-Moore Dock, where Everton’s new stadium will be built.

But the expiry of exclusivity and the claims of sources close to Moshiri have put a major question mark over the future of Everton and a pivotal time for the club with it still under a dark cloud.

As there’s good and bad news emerging on Birmingham and Everton takeovers, fans gave their thoughts on it all…

@WBA78part2: He went on @talkSPORT giving it the Billy big balls too, it was embarrassing then and even more so if it hasn’t gone through. 🤡

@bcfcsteve_: What a complete cunt. Say no more

@EDKINSEd: I might even gamble & renew my season ticket in the hope that twat doesn’t buy @BCFC 💙

@SeanFuery: How thick are the owners they gave Bassini exclusivity at all. No wonder we can’t sign anyone decent. Cant judge a person for shit 🤦‍♂️

@TheBlueFallows: Good! Never let him near a football club ever again, especially ours! Always has and always will be a lying fraudster! #BCFC

@_walkforACure: Got to love our club, never normal times!

@bedworthbcfc: Bassini the fantasist with a tiny mushroom dick

@mannisxngh: 😂😂😂😂 was never going to happen. Contracts for the kids. No players in. Stands a shambles. Derby will be back up and we will be gone

@JoeSmit40807159: I’m hoping for a responsible owner(s) rather than a quick sale. Bassini was making me nervous about the direction the club was going to be run and he’s not done himself any favours with the interview. I’m interested to know who the other interested parties are

@markgarratt100: Bassini was a chancer and never a credible bidder – oh how we have all wasted emotional energy on his nonsense #BSHLOUT

@TRBluenose_Paul: Not interested in hype. Believe it when I see an owner stood on the Kop giving me false hope, not waving a scarf & preparing to reinvent the wheel. #bcfc #utfb #kro

@Swig202: Good news about Bassini but I don’t really want Lopez/Richardson either. What we need is a capitalist who has the money/knowledge to run our club like a business as Sullivan/Gold did. #bcfc

@AGrueller: Actually find this whole saga hilarious now. What a club. 10 years worth of damage to undo.

@ReachToInfinity: Laurence bassini in an attempt to prove everyone wrong has in-fact proven everyone right. So far #BCFC

@benny_lfc: Bad day to be a blue, well every day is bad but today has been especially so

@daveblueallover: Well if moshiri is staying is there any chance he could take a crash course in how to run a football club oh and remove the current board.

@MickBruce12: I’d love too know what business school Moshiri went too. How to ruin a club and anger fans in less than a decade. He needs to sell

@Raph_2020: they seen the horror show that is everton club accounts

@andycardwellefc: Can this day get any worse?

@TaylorA07355940: Never hated an ownership/board and chairman so much! Absolute joke

@toffeejoc: Just go Moshiri – the worst thing to ever happen to this club

@philseddon06: Bloody hell. Can this day get any worst for Everton fans? Not saying that consortium would be the saving grace but Moshiri and the board have clearly failed.

@JL_L4LFC: oh its a terrible time, for being a blue. Takeover’s off and Richy too

@itsalloursnow: @Everton get kenwright out of the club. The man’s a leech