Sheffield United player Lys Mousset has been involved in a horror crash with his Lamborghini Aventador on Sunday night it’s revealed.

Two men in their 20s are said to have been arrested on suspicion of being “over the prescribed limit”. They were later released under investigation after police questioning.

Photos first circulated on social media, with the car smashed into parked vehicles on Abbeydale Road South in Sheffield just after midnight. 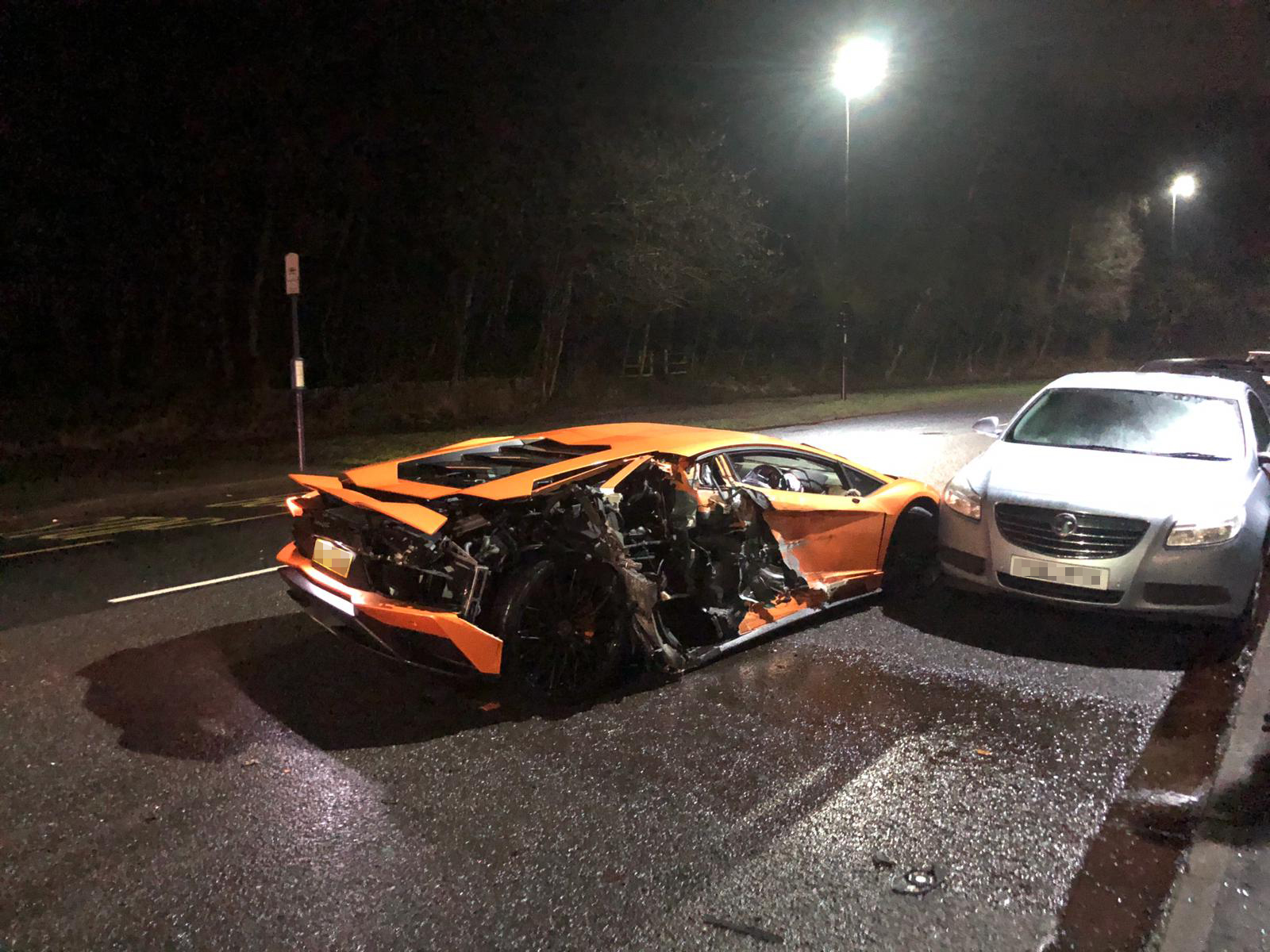 A picture of the smashed car emerged online with some claiming it belongs to the Premier League player.

A South Yorkshire Police statement said: “Police were called at around 12.10am this morning (Monday 4 January) following reports of a collision on Abbeydale Road South, Sheffield.

“It is reported that an orange Lamborghini was involved in a collision with a number of parked cars.

“Two men in their 20s were arrested on suspicion of being over the prescribed limit. Both have been released under investigation while enquiries continue.”

Mousset, 24, joined the Blades from Bournemouth in a £10million deal in the summer of 2019.

The French forward spent his youth career in France before moving to the Premier League in 2016.

He is eligible for both France and Senegal and has been capped at U21 level by the French.

It comes three weeks after CCTV footage shows the shocking moment that Jack Grealish crashes his £90k Range Rover, which was shown in court.

#BANNED | An international footballer who crashed into parked vehicles and mounted a pavement has been banned from driving today.

Jack Grealish had disobeyed lockdown rules to meet friends at the time.

The 25-year-old was handed a nine-month driving ban and hit with a £82,000 fine at Birmingham Magistrates’ Court after he pleaded guilty to two offences.

Grealish smashed into three parked vehicles in Solihull on the 29th of March before getting into trouble on the 18th of October after travelling at speeds of up to 98mph on a 70mph limit motorway of the M42.

He smelt of alcohol and was slurring his words and unsteady on his feet after the crash in March, it is claimed.

His barrister blamed the crash on the “inappropriate footwear” that Grealish chosen to wear before then trying to move his car before 9am to stop it getting clamped. Read more on that HERE.

One way to get points 😂😂

@SteelCityBlades: Bang average players that have only ever underachieved but are millionaires. Everything thatywrong with the game nowadays and clear to see why our team spirit looks so far away from what it was.

@JasonKinder38: Couldn’t make it up, our season summed up in one photo.

@PMProuk: Hope nobody was injured here but if this was drink driving, it was an extremely reckless act

@steelcityowl91: Desperate to get away from them blades

@MrsClark1889: Lad is a liability. Always injured and never seems fit when he does play.

@psjwhite: When he was at @afcbournemouth he was fat as fuck, couldn’t be arsed to train and his attitude was shit. Only difference now is he gets paid more.

@sufc: Obviously I hope everyone is alright, but what on earth is Mousset thinking? This is all we need

@whatNeilSays: Trying their best to get some extra points

@FPL_Fly: The more interesting question for me is who the fuck put such a two-bob second rate footballer on a contract that allowed him to buy an Aventador? That’s the person who needs locking up.

@ted_harsh: Maybe Chris Wilder told his team to go out and to try to get three points?

@matteohib94: What’s more shocking is how lys mousset has enough money for an aventador considering he’s dogshit. Stealing a pay check since he signed for Bournemouth and now Sheffield utd

@ccfcaidann: What’s with it and Sheffield United strikers not being able to drive?

@SamBirdyy: Mental that this shit always happens to clubs that are already a shambles

@TonyGrainger9: Was Jack Grealish in the other car?

@LordGrealish: Sheffield United players taking their desperation for getting points to a whole new level

@unitedite: If it is Mousset, the likelihood is he got out of the car uninjured , then stubbed his toe on the kerb walking away and is now out for the rest of the season. #twitterblades

@Spellstef: Everything that’s unlikeable & unenjoyable about being promoted; having to pay big fees & huge wages to average players, just to compete at the bottom end. You end up with arrogant pricks that don’t give a fuck, which causing resentment from the humble players that earned it.

@ThomasPatchett: Fucking mug. More interested in his playboy lifestyle than kicking a football. Get fucked.

@Kyle_crooks: Get him fucked off, Waste of space! Spunk thousands of him to eat McDonald’s get pissed and walk around a pitch once every so often

@CJAFCB: #afcb Mousset acting like a dick ? Who knew – only all at Bournemouth lol. Sheffield United really are a shitshow this season from top to bottom – am taking great delight in it here especially for their scrote of a manager