Sergio Aguero’s dad slams Man City boss Pep Guardiola in an astonishing attack and it’s all over the ‘fake tears’ he shed towards the player.

Aguero played his last game for the Manchester outfit, ending a 10 year spell with the club and has since signed for La Liga giants Barcelona.

His father, Leonel El Castillo, however has called into question the authenticity of Pep’s tear-filled tribute to the striker after his last ever Premier League game.

The 33-year-old announced he would be departing the Etihad Stadium outfit at the end of last season in March and was recently unveiled as a Barca player, joining forces with long-term pal and international teammate Lionel Messi.

Guardiola is thought to have told Aguero that City would not be renewing his contract in February, ensuring the last few months of his decade long stint at the club was littered with emotional goodbye messages and thanks for his efforts.

Aguero signed off in fitting fashion during his final Premier League game, scoring twice in the 5-0 victory over Everton, meaning he leaves the club having scored 260 goals in 390 appearances.

After the game, during an interview with Sky Sports, Guardiola struggled to hold back tears as he tried to convey just how much Aguero meant to everyone associated with the club.

Guardiola claimed: “We love him so much – he is a special person for all of us. We can not replace him. He showed his quality in those 30 minutes.

“It was a perfect end, a fairytale moment. It was so good.

“He made an incredible two goals to finish the game in a good mood and now we have five days to prepare for the final.”

Manchester City midfielder Phil Foden confirmed that the squad had clear intentions to send Sergio Aguero off on a high note.

“We spoke about finishing on a high for Sergio, I’m just happy for him to come and score and we know what he means for the fans,” Foden said to Sky Sports.

“I was a ballboy watching him score many goals. It’s the hardest job in football to score goals and he’s done it I don’t know how many seasons.”

“He’s going to be sadly missed and I wish him the best.”

Leonel was asked if he thought the tears from Pep were merely for the camera, to which he replied: “Of course. He always wants to be the main man and not the players.”

“I don’t believe in Guardiola. He never wanted the Champions League trophy, he wants to be the protagonist of all the teams.”

“There are things about Guardiola, he is a great coach. But from one day to the next the players change you, the environment changes. You never know if you are a starter or not.” 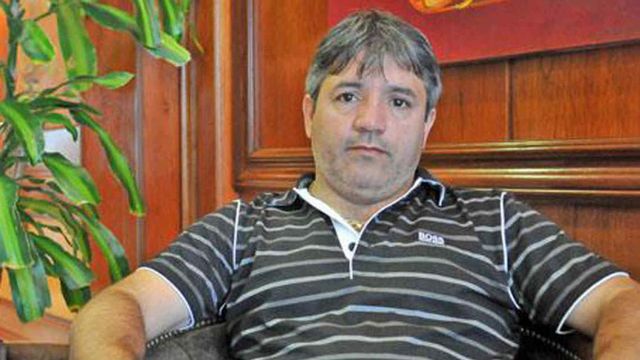 Aguero, who has won five Premier League titles, told Sky Sports: “Before the game, I felt so strange, the sensation is not good. I prefer to think about the good moments.

“I’m a striker, my target is to score goals, so I’m so happy because it’s my last game and to score two goals is fantastic for me.

“When I came here the first title for me was the most important, for the club and for me. Then Man City started to win more titles so I’m so happy because it’s not easy to be 10 years at one club, for me, it’s an honour.”

Sky Sports’ Micah Richards: “In training, I’ve told the story many times before, when he first arrived I just thought what have we signed? He didn’t train well at all, he was very laid back, and then as soon as he stepped on the pitch, he scored two goals against Swansea.

“His movement, his acceleration, his concentration in front of goal, composure, for a striker, inside the box, he’s got everything. It’s an emotional day for me because I love him so much.

“You talk about characters, he’s the nicest man ever in the dressing room, he doesn’t bother anyone, upset anyone, he goes about his business in his own way.

“Sergio is a diamond of a person. This is not for games, this is real, it means so much to this club, and to see him go today is heartbreaking. You can see the effect it has on his manager, someone who’s been accused of being ruthless, who’s got no real sentiment at times, but that’s all the emotion you need to see.

“I’ve said it for a few weeks now, maybe even months, I think he could’ve done one more year. We’ve seen the quality, it’s there, I know Pep wants to set his teams to press a bit higher, that might not suit him, but he’s still got the quality.”

@Maluh_Lungelo: As much as I love pep, I totally agree with kun’s dad! Pep faked it

@bealec1988: Mad that even when his son is one of the best players in the world Aguero’s dad still acts like one of those dads at youth football matches who shouts and the kids and abuses the ref.

@iamrichiejack: Thought i was d only one who wasn’t having any of those Pep’s fake tears… U fake tears n claim dude was irreplaceable yet u couldn’t even pay him a last respect of starting him in his last Premier League match but came on as a sub n scored 2 great goals.

@davepeng88: Well the guy does love the camera

@Shaaaann_a: Pep is a great coach but that’s all. This was crocodile tears lol and seems like it has worked into convincing people how much he ‘loved’ him. Pep always said aguero will decide his future but we all know it was decided for him by Pep. The guy’s a hypocrite.

@Iam_Ram2128: Man if that was fake, he’s probably a better bald head actor than Jason and Dwayne.

@JPWilliams26: I think Pep recognised that Aguero’s best games were in the past. Barcelona have bought a player way past his best. Aguero’s Dad can’t admit that today, but in time, he will.

@MarthaSolomon97: he’s allowed to have an opinion, understandably bitter but this is why pep is who he is because he gets paid to make the big decisions no one wants to be responsible for and eventually gets all the flack but it is in his hands to revamp the squad with new blood, and he will.

@Allen88Yuri: Finally someone said something that people didn’t know about and those who knew they keep quiet because Pep want to be treated like a good guy on the other hands treating people bad. We knew one day truth will come out

@FazeelShomary: Pep the good actor, watch city games and wait the moment Pep realises the camera is on him 🤣🤣

@Adammoh65678: I had been saying this for a long time but people didn’t believe me. If pep really wanted aguero to stay why does he never play him. It just doesn’t make sense. It was obvious he didn’t want him and those tears were fake

@Spotless360_: Before it was Ibrahimovic, Yaya Toure and now Aguero. I think there’s always an iota of truth with all these statements. Maybe Guardiola is not really who the media and people think he is…

Shots fired, this why Man City is the smallest club in Manchester pic.twitter.com/VlH7PJVFvP