Police have been forced to apologise after a player who was shot in the head at a party is wrongly reported as dead at 35.

Dutch outlet De Telegraaf initially claimed, via Amsterdam Police, that winger Jerge Hoefdraad had passed away after a bullet was shot at his head while trying to break up an argument.

The report added that the former Ajax youngster was rushed to a hospital in Amsterdam for emergency surgery on Sunday but passed away on Monday morning.

However, police later confirmed that they incorrectly reported his death and that he is still in a ‘critical condition’ in hospital.

A statement said: “To our regret, the message was incorrectly reported this afternoon of the death of the 35-year-old victim of the shooting incident on Stekkenbergweg.

“He is in a very critical condition in hospital. We deeply regret this and apologise to his family.”

The statement continued: “The detectives now have very strong indications about the identity of the man who is suspected of having fired the shots.

“The police are therefore calling on him to come and report himself.

“The detective has started an extensive investigation and is urgently looking for footage and witnesses.

“At the time of the shooting, just before 6 o’clock, a party was going on in the building on Stekkenbergweg.

“For that reason, the police are urgently calling on witnesses who have not yet been spoken to to come forward.” 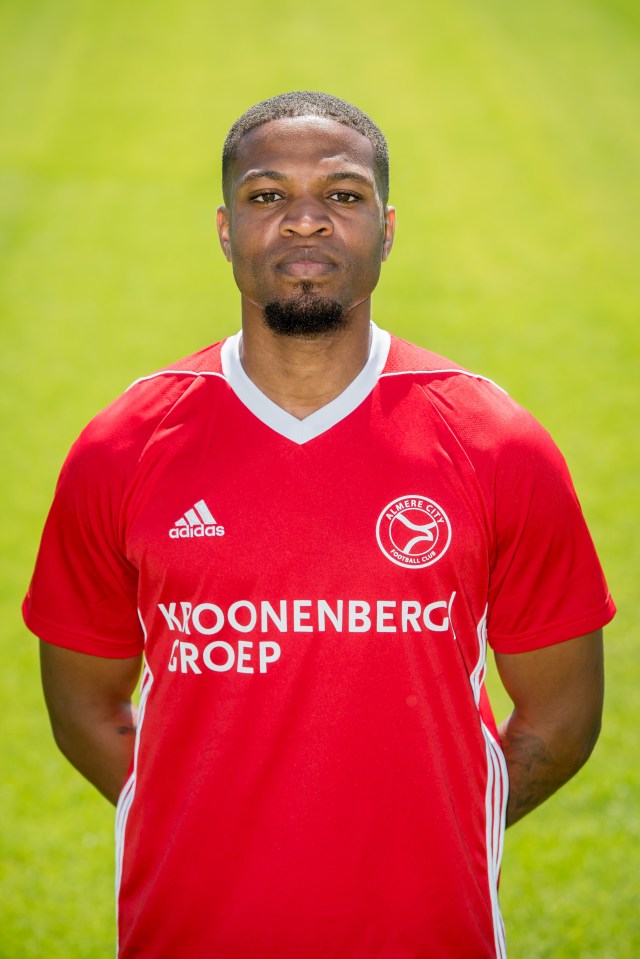 Hoefdraad spent time as a youth player at Eredivisie giants Ajax before turning out for domestic sides RKC Waalwijk, Almere City, and Telstar.

He was set to start playing for Amsterdam amateur club ASC De Volewijckers for the 2021/22 campaign following a two-year stint out of the game.

Ex-Liverpool player Ryan Babel had initially posted the tributes on social media as he took to Twitter to share his sadness at his compatriot’s death after the false news was announced.

Waalwijk, who gave Hoefdraad his senior debut during his two years at the club, also posted their condolences.

Waalwijk handed him his senior debut and following the police announcement, posted on Twitter: It is with great sadness that we have learned of the death of our former player Jergé Hoefdraad.

They wrote: “RKC Waalwijk sympathizes with his family, friends and loved ones.

Urby Emanuelson, a player who graduated from the Ajax academy, also posted a message on his friend which read: “Gone too soon”, with a picture from their younger days with the caption “just kids with big dreams”.

A suspect has already been identified owing to several witness statements, although there has been no arrests made at this time.

Kwnny: A hard time for the Ajax “family” at the moment. Best of luck to him

Coopsred: Thoughts are with him. Ajax have had a fair few tragedies in recent years. Youth player died the other day, a few years ago Abdelhak Nouri collapsed on the pitch and is now bed ridden. Hopefully thats enough sorrow that club has had to endure.

LordBailey: Praying you pull through sir

footyladmad: Really sorry to here this, hope he can survive this

maxunit007: Cmon man. You’re a fighter. I pray he pulls through.

Aderz: Jeez we really live in some messed up times, imagine pulling a gun out at a party and shooting someone for doing something good in breaking up a fight!?

Jackloo25: Praying for you brother..

Jason Lee: This is utterly heartbreaking, really hope he pulls through, just crazy how quick someone’s life can change in an instant. Still rather baffled at how you can get it wrong whether someone has acutally died or not. Got to really feel for his family, friends and those who knew him at this sad time