Time for photos of away fans in the stands, we will be taking a look at all the different ones at this weekend’s English football matches.

Thankfully we are seeing a less disrupted schedule this summer for our sides when it comes to Covid those there is a sudden rise again in cases, however life goes on and we’re seeing lots of travelling supporters attending fixtures up and down the country with pre-season in full swing.

During a very difficult time for everyone, clubs have been welcoming back full crowds and get back to hearing some noise to make what football is all about.

The away day experience is one of the very best parts of following your own team, and although your alarm may be set for times of the day that, frankly, should never be seen, you still excitedly cram onto coaches or overpriced trains, and the whole experience, regardless of result, is still one you’ll always remember.

As long as trains and buses are on time, the pre-match pint and grub is a vital part of the whole match day experience.

It may be tough to find a pub without hostile home fans, but it’s always possible to duck into a nice little ‘boozer’ for a bevvy before kick-off.

While much of the ‘away day’ experience takes place out of the stadium, the ground itself always plays a big part.

The days of old in which away fans were in roof-less terraces being battered by the elements are becoming a distant memory – albeit they are still a problem at some settings – with modern stadia now spacious and comfortable.

Right then, time to take a look at all those away fans in the stands, pre-season edition (something we’ve never done before)… 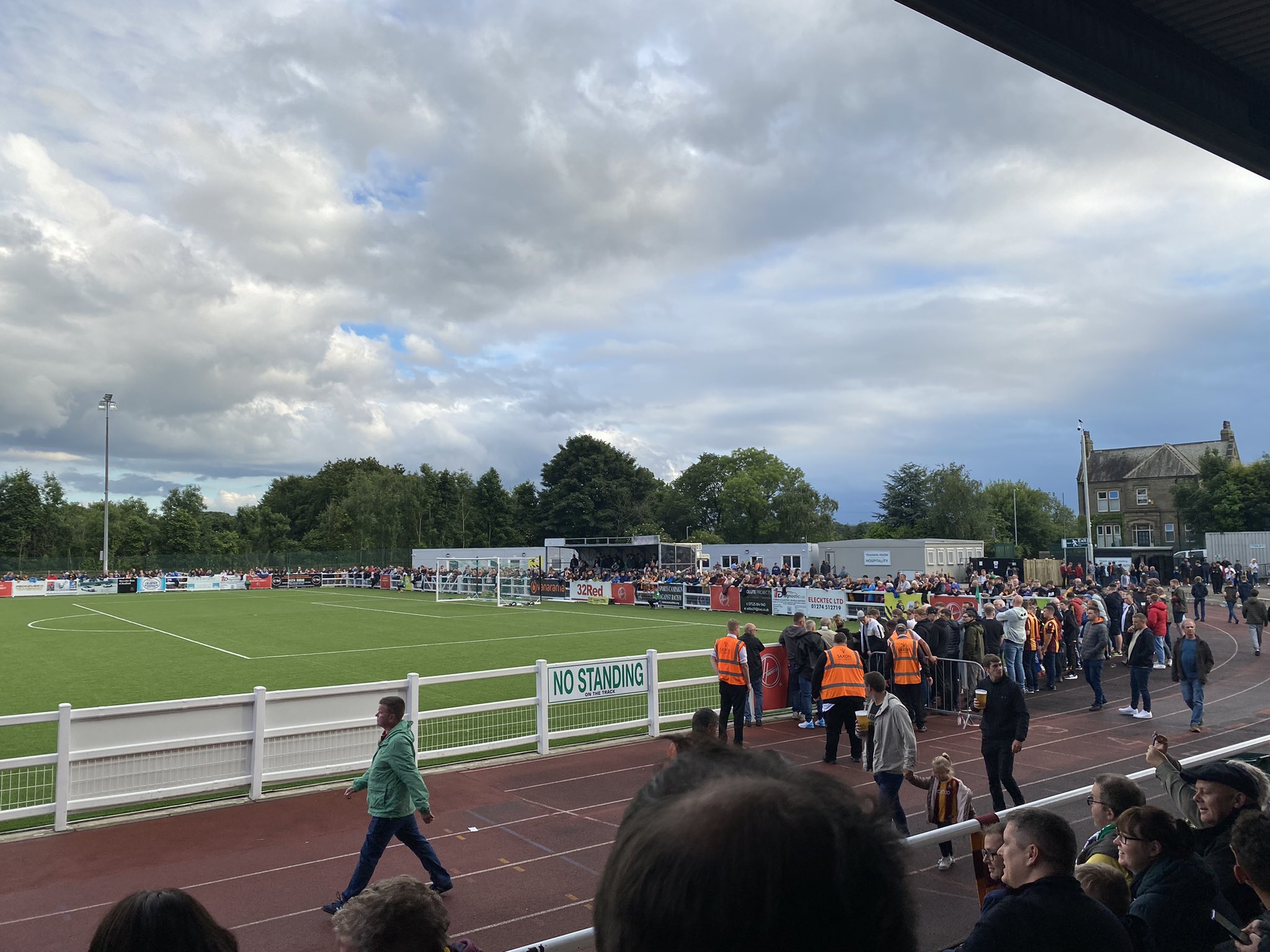 ⚽️🎯 Then we got this arrow from @Gibson7_ – accurate as you like! #cufc pic.twitter.com/sEtupZiGg2

#rufc 2-0 up on @parkgatefc at half time. Tolaji Bola and Georgie Kelly with the goals. New signing Peter Kioso gets his first 45 minutes in. pic.twitter.com/LjfVVyBfLa

Tonight’s attendance was 2️⃣0️⃣1️⃣1️⃣!!! A massive thank you to @Official_BRFC and the incredible Gas fans! We hope you enjoyed your visit to Melksham and have a safe journey home. #blackandyellowfamily 👏🏻👏🏻 pic.twitter.com/xtHkXhAaOI

A post shared by Trades for care community project (@trades4care_)

Worth getting soaked for 😉
Happy Saturday 💙 #PUSB pic.twitter.com/2ZZl8DkF8a

Olly Lee making it two for the Gills this afternoon. #Gills #GFC pic.twitter.com/SsxhQWVK5x

F/t @GainsTrinityFC 0 @LincolnCity_FC 4. Pre Season Friendly. A crowd of over 1,200 witnessed a decent game with Lincoln City winning comfortably against hosts Gainsborough!. Lincoln played two different 11s each half!. Nice to finally get to visit this ground!. pic.twitter.com/bskhd1t2BN

No goals yet in the 2nd half, so ⁦@StockportCounty⁩ fans amusing themselves pic.twitter.com/ZmsbYR16KW 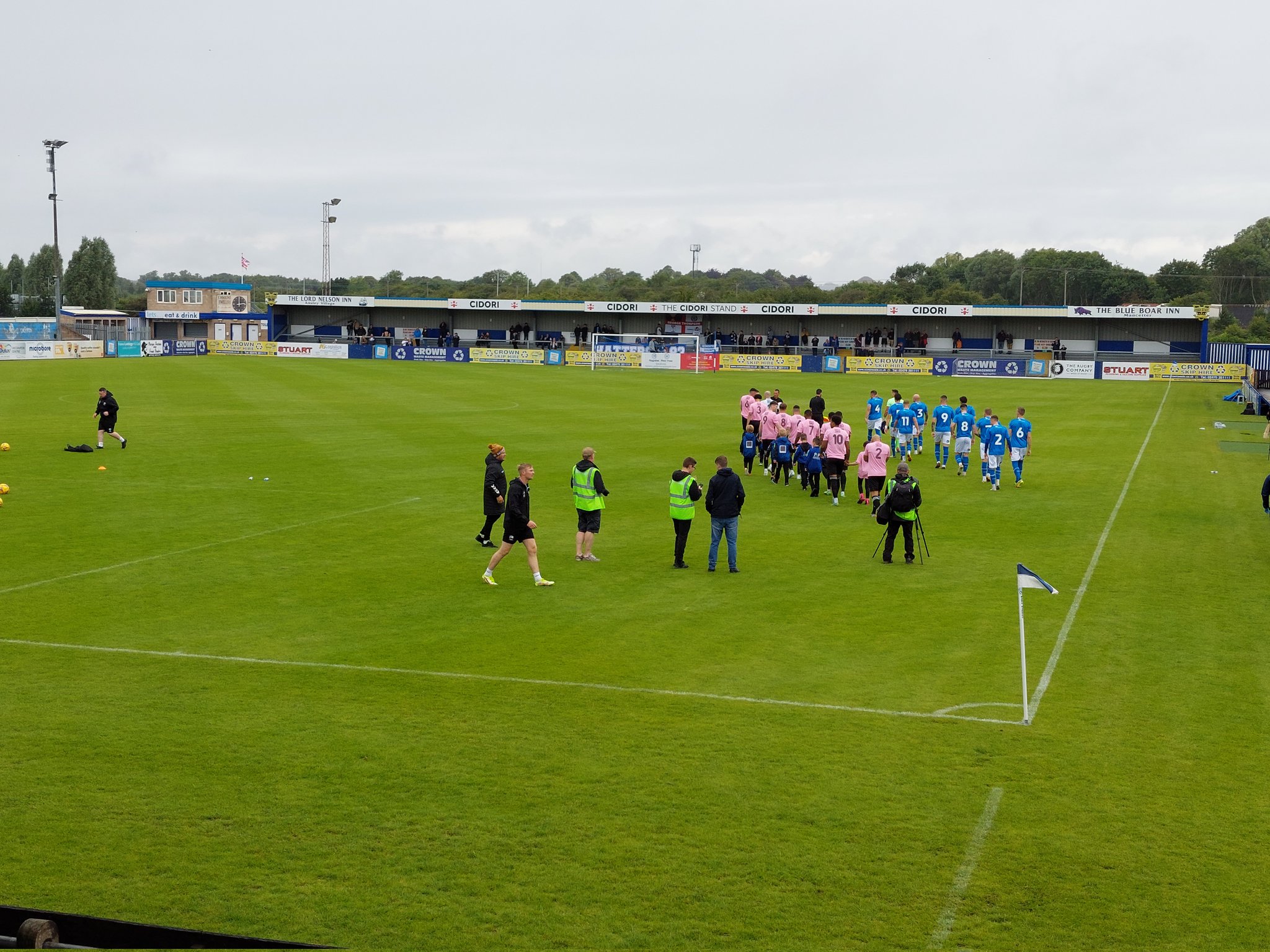 The beckoning floodlights
still work their magic,
mid April’s cold chill,
scarf snug round the neck.
Blood pulses through arteries,
moving as it should. Heart lifts
with every step towards the stadium.

Games that I didn’t give a toss about,
dictated to a bored copy taker,
wishing I was somewhere else,
roaring my own team on to promotion.
But then, I remember Larkin’s sigh
it wasn’t the place’s fault I didn’t care.
A goalless draw can happen anywhere.