Peter Crouch was left baffled at there being “no swearing and fighting” after joining non league club Dulwich Hamlet in a new role.

The former Premier League star recently watched a match as the Champion Hill outfit’s new director of football, but was surprised at how pleasant everyone was down in the lower depths of English football.

Crouchy was loaned to the side back in 2000 while he was finding his feet within the mens game with Tottenham, and returned this summer over fears that their immediate future may be troubled. 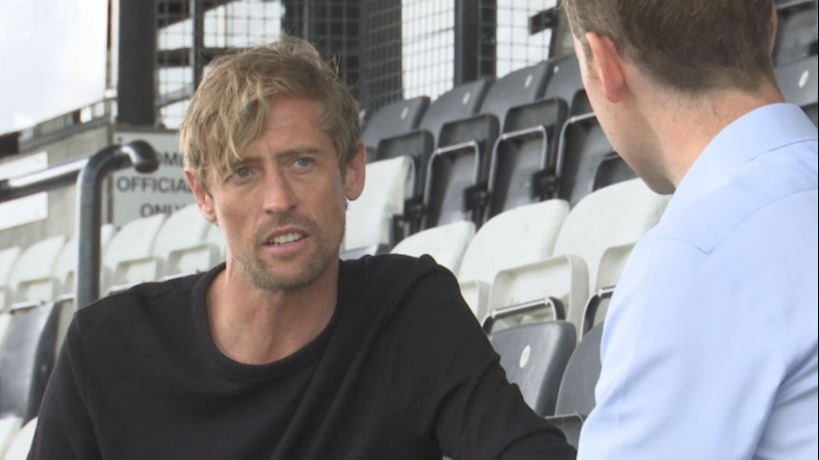 He has thrown himself into the National League South high -lyers and recently stood on the terraces while watching on with a pint of Guinness.

Crouch recalls how back in the day there used to be swearing and fighting, but fast forward to today and there seems to be none of that at Dulwich.

He had a big smile upon his face when seeing his side win 4-3 away at St Albans, with the Sportsmail columnist joking: “I loved it that night on the terrace, apart from the no swearing! I couldn’t understand it… why aren’t these people fighting?! It’s very pleasant.”

With Dulwich struggling to find their feet in the second tier of non league, he’s come in to help put them on the right path and has ensured that the fans know that he is there due to his love for the club, and not for any sort of publicity stunt.

Crouch explained this as he said: “I never want it to be seen as me coming here with the cameras as a circus. I completely understand all of those fears and the only way I can alleviate them is by getting stuff done, improvements that everyone can see.

“You don’t want someone strolling in and out again, leaving the club in a worse place. That is the last thing I want to do. Some people don’t want it to be too glamorous. Or don’t want to go up too high. There are some people who like being non-league, which of course is nice but you have to aspire to something.

“The experience on a Saturday will never change. The changes will be gradual because, listen, I’m not coming here so we start spending a few hundred thousand pounds on someone. We haven’t even got a training ground!” 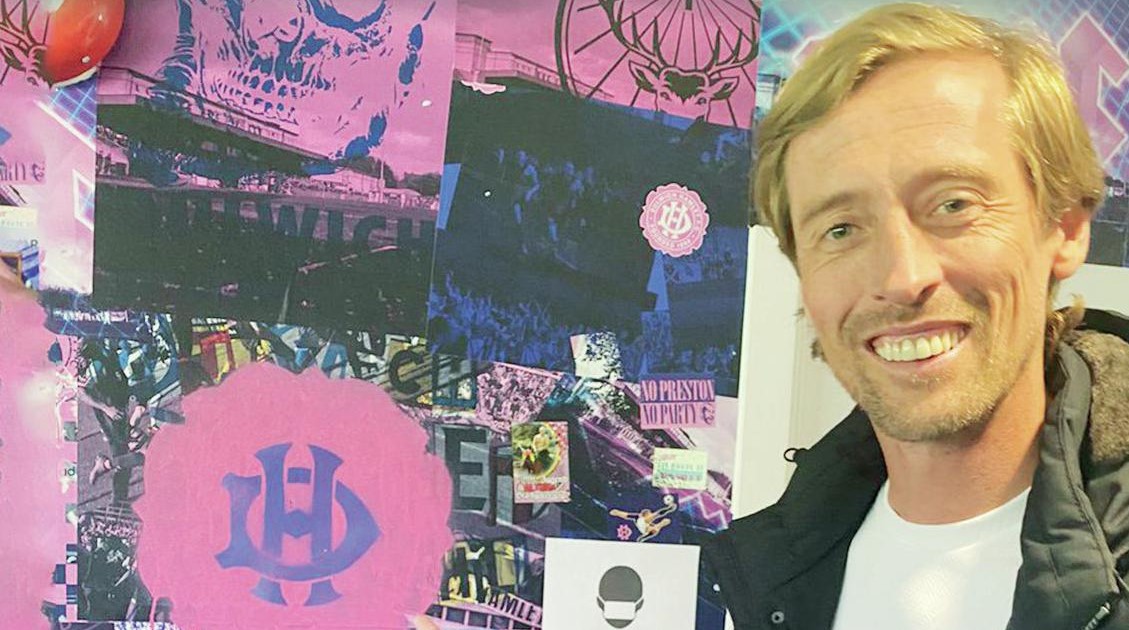 Like many clubs, Dulwich was impacted financially due to pandemic, but they are now pushing for promotion in the National League South, currently sitting third behind Oxford City and Dartford.

Crouch also spoke on how he knew of their plight, including the bitter dispute between American private equity firm Meadow and Southwark Council over the stadium that really saw them go close to the brink.

Meadow wanted to demolish the stadium, which has been Dulwich’s home since 1912, and build flats on them. The council dug their heels in but Hamlet still found themselves evicted, albeit temporarily, playing home games elsewhere including at Tooting & Mitcham United, before a resolution was found when sports minister Tracey Crouch mediated. The property development is going ahead but with a new 4,000-capacity stadium ready for construction.

In effect, the club almost died. And with the financial impact of pandemic, that was a very real possibility again. Yet they are still here with an army of devoted volunteers. ‘I knew how amazing the club was,’ Crouch says. ‘Ben Clasper the chairman stepping in to try and save them, the fan marches. They were doing fine without me.

‘When I came back, so did the memories. I was 17 and was here for about a month. Nothing has changed since! Like, nothing — apart from the crowd. We get 3,500 now. It’s incredible.

‘I’ll be honest with you, I didn’t want to come at the time. I was at Tottenham and David Pleat sent me here. Spurs had signed Dave McEwen from Dulwich and I was part of the deal. I didn’t know what was going on. Why would I want to go to the Isthmian Premier?

‘I was getting kicked up in the air by big lumps. I found it really tough. I thought, “Maybe this is my level”. I was probably as tall as I am now and two stone lighter. Skinny. So skinny, a kid getting pushed about by men.

‘I’m not sure where Dave is now. If you could’ve predicted who would play for England at that moment, you’d choose him. There were points in my early career where I would’ve been happy to just make a living out of the game, so to go on and achieve… you don’t know as a kid, do you?’

You can read more on his recent interview with the media by clicking HERE.

Dulwich Hamlet boast an average attendance of 2,634, while on three occasions have hit sell out crowds of 3,334, figures that beats many seen in League Two this season.