Paul Scholes caught on video doing something grim to his daughter

Former footballer Paul Scholes has been caught on video doing something rather grim to his daughter and it’s going viral very fast.

Scholes is regarded as one of the finest players in Premier League history, but it also seems as though the bloke’s a bit of a weirdo.

Each to their own, of course, but the BT Sport pundit clearly has a liking for toenails, having been filmed chewing on his daughter’s.

As you can see, via her Instagram account (alicia.scholesx), Scholes’ daughter has shared a clip of the former England international biting the nails on her toe, captioned “true love.”

That’s not what true love looks like to us – that’s just plain weird… right?!

@LFCTristyn: Is he doing that to his Daughter toes

@JJDooley3: He’s from Manchester what u expect

@dannyraworth: Scholes is my hero but what the fuck is this?

@SamBrewww: Paul Scholes gonna have to explain during BT Sports match day why he got his daughter toe in his mouth

@EIIisBurner: Our legends are so embarrassing Scholes sucks his daughters toes, Rooney lets random women fart in his face & Giggs is a wife beater and has slept with his brothers wife. When will it end Robbie?

@__mitchbrown: Someone correct me if I am wrong, but is this Paul Scholes with his daughters foot in his mouth?

@MikeORiordan5: That Paul Scholes video I just saw has turned my stomach what nonce typical manc

@Crooksyy45: Roy Keane on his way to Paul Scholes’ house with a hammer

@lovelessissy: What on God’s green earth is Scholes doing

@michaelhoefield: This isn’t a sentence I ever thought I’d have to tweet but why the fuck is Paul Scholes sucking his daughters toes

@Jaackioo: I’m bringing this up whenever anyone brings up scholes in a lampard and Gerrard debate

@ForeverSkyBlue: “In the last 15 to 20 years the best nail clippers that I have seen — the most complete — is Scholes”

@ZG1999_: Why is Paul Scholes munching on his daughter’s toes

@Bradylicious_: So scholes is biting his daughters toe nails? Do you know how wild that is. Nail clippers cost a pound?

@CFC_H20: Is it a trend for Man United legends to be absolutely fucking disgusting? You’ve got Rio, Giggs and now Scholes.

@PenegalLTFC: The fuck is Scholes up to here

@Blunt_Texts: Someone lock up Paul Scholes what is my man doing

@HarryWilko1: And I thought I wouldn’t see anything worse than Everton’s performance today

@___sanele: Hope he’s got the best defense for this

@jamestorey10: Can tell he played with Ryan giggs

Meanwhile away from that weirdness, the former midfielder Paul Scholes had said Liverpool boss Jurgen Klopp would be ‘rubbing his hands’ at the prospect of going to Old Trafford.

Speaking on Friday, Jurgen Klopp said: “I was watching the game and there was not one second where I was rubbing my hands. There was no reason for it.

“If you watch the game, you could see that Atalanta caused United some problems in the first half but even in that half United had three clear-cut chances, one-on-one situations with the goalie.

“All the things in the second half were a pure power presentation of United. They went for it and with the quality they have they can cause any team problems, especially when you stop playing football, which Atalanta did a little bit.

“No, I was not rubbing my hands. I prepare the team for a tough game against a really good opponent. I don’t prepare them now for ‘Man United and battle of Britain’ and all these things.

“We are long enough together that we know the importance of this game. We prepare them for a really good football team. Plus it’s an away game for us and a home game for them.” 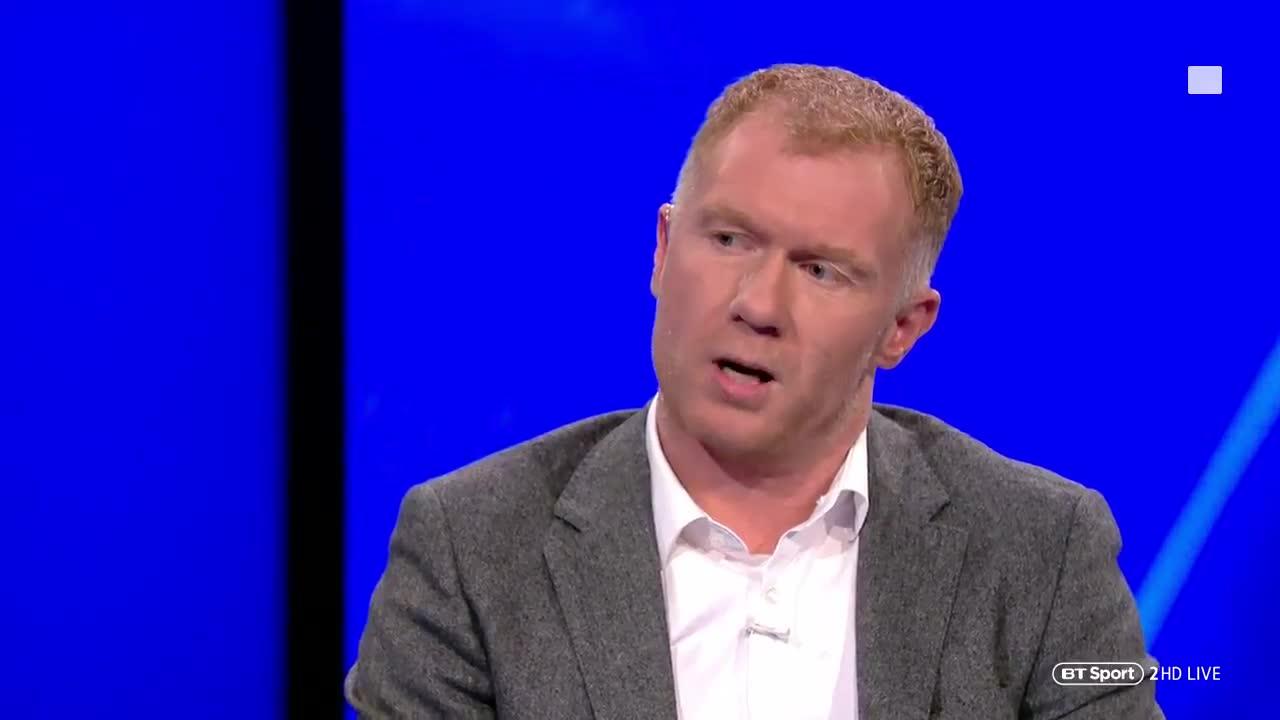 Despite United’s stirring fightback, Scholes didn’t hold back when asked to assess the overall performance of Ole Gunnar Solskjaer’s side.

“The first half put me off the second half,” he said. “The two midfield players were playing on their own, they conceded so many chances. Against quality opposition there’s no way you’re winning that game.

“Can they go and play against Liverpool or Manchester City like that? Never in a million years.

“Imagine Jurgen Klopp during that first half at home, watching rubbing his hands together.”