The head coach says suggestions that he didn’t want to play the Linnets, as he insisted the game could’ve been saved from the weather.

The National League encounter was called off an hour before kick off after ref David Richardson decided the surface unplayable due to surface water at the Walks Stadium.

Magpies supporters had already turned up at the ground before the call was made, and of course that was always going to anger many people who had spent money on tickets and travel.

There have been some suggestions from the King’s Lynn’s local media that Notts County didn’t want to play the game because of the state of the pitch.

However, speaking ahead of the clash against Wrexham on Sunday, Burchnall rejected that idea, stating the game could have gone ahead had Lynn been better prepared.

“I think it’s quite an absurd suggestion,” he said.

“We turned up ready to play a game and we’d had absolutely no inclination that there was an issue with the pitch.

“When we got there, immediately, the referee said ‘Ian, I think you need to see the pitch. In my opinion, it’s not playable.’

“There was a lot of surface water on the pitch and we had staff at their ground early in the day setting up and there wasn’t anybody working on it.

“I think after the referee expressed there may be a concern and that we want to give it another 20 minutes to see how it settles, there was a couple of guys that kind of put a bit of effort in to try to remove surface water, but it was too little too late.

“In my opinion, if King’s Lynn felt so strongly that this was a really important game to play and economically, they needed to play it, I understand that.

“But there should have been preparation for the weather because we knew there was going to be a lot of rain.

“There were no covers on. There was no groundsman working on the pitch, so it shouldn’t be a surprise to them that the game was off.

“I certainly didn’t plan to travel to King’s Lynn on Boxing Day, sit in a dressing room and play no football.

“Every single person associated with Notts County wanted that game on.

“I didn’t want our supporters to travel there and not see a game of football, but sadly that decision was taken out of our hands.

“And I think it could have been preventable given the fact that there was rain for a couple of days. There are measures that you can take to protect the pitch.”

Lynn chairman Stephen Cleeve said they had offered to play out the fixture on Tuesday this week, but this was respectively turned down by Burchnall’s side, who have not played a game since the 18th of December.

The Notts boss went on to say the offer was made on the Sunday night, hours after the initial game was called off but said it was an “unrealistic” proposal.

“Let’s be honest, you only have to look at a weather report to know that the rain was getting heavier for the next two days,” he said.

“The pitch was unplayable on a Sunday so to call us later that night and ask us to play on Tuesday would have meant that we then would have had to have sold tickets and rely on 700-800 fans to travel again and to put themselves out at a cost to travel.

“We then have a cost to rearrange everything at our end. We have to totally rip up and change the training schedule which will affect the Wrexham game for the likelihood that it would have been called off anyway because the weather wasn’t getting any better.

“The pitch certainly wasn’t going to improve. It was thrown out there that we could play Tuesday night but it’s completely unrealistic.

“We have to think about the supporters first at this point because so many travelled and were disappointed.

“Let’s put it at a later date when we know it can happen. We can get the fans over and have a proper game of football and I think everybody would prefer that.” 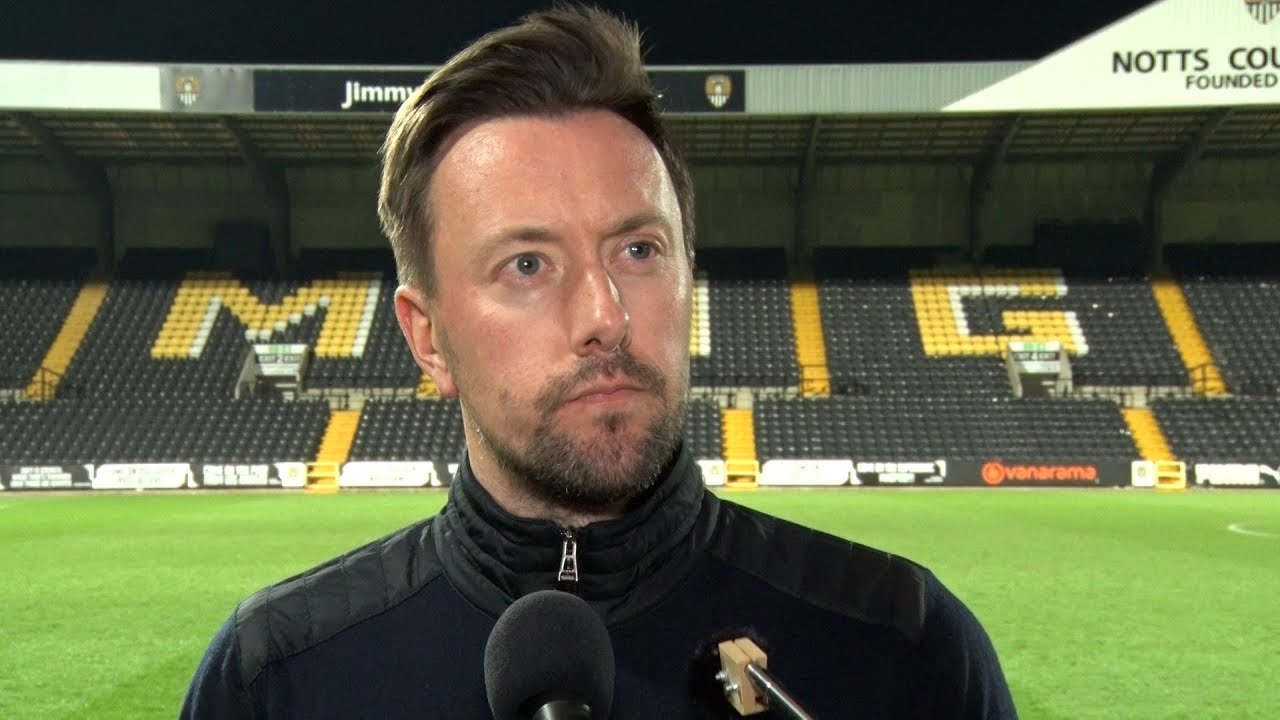 “I did it, was punished, have to crack on” – Boston player speaks on six-week ban
Colne appoint ex-Man Utd, Man City, Preston, Crystal Palace, Barnsley player