A non league club, who has gone viral often over the last few years, baffles fans with the world’s first see-through football kit.

Players from Bedale AFC, who play in the North Riding League Premier Division are well known for their novelty outfits.

Well on this occasion, they will line up in transparent kits for a good cause in the money will be handed to Prostate Cancer UK. 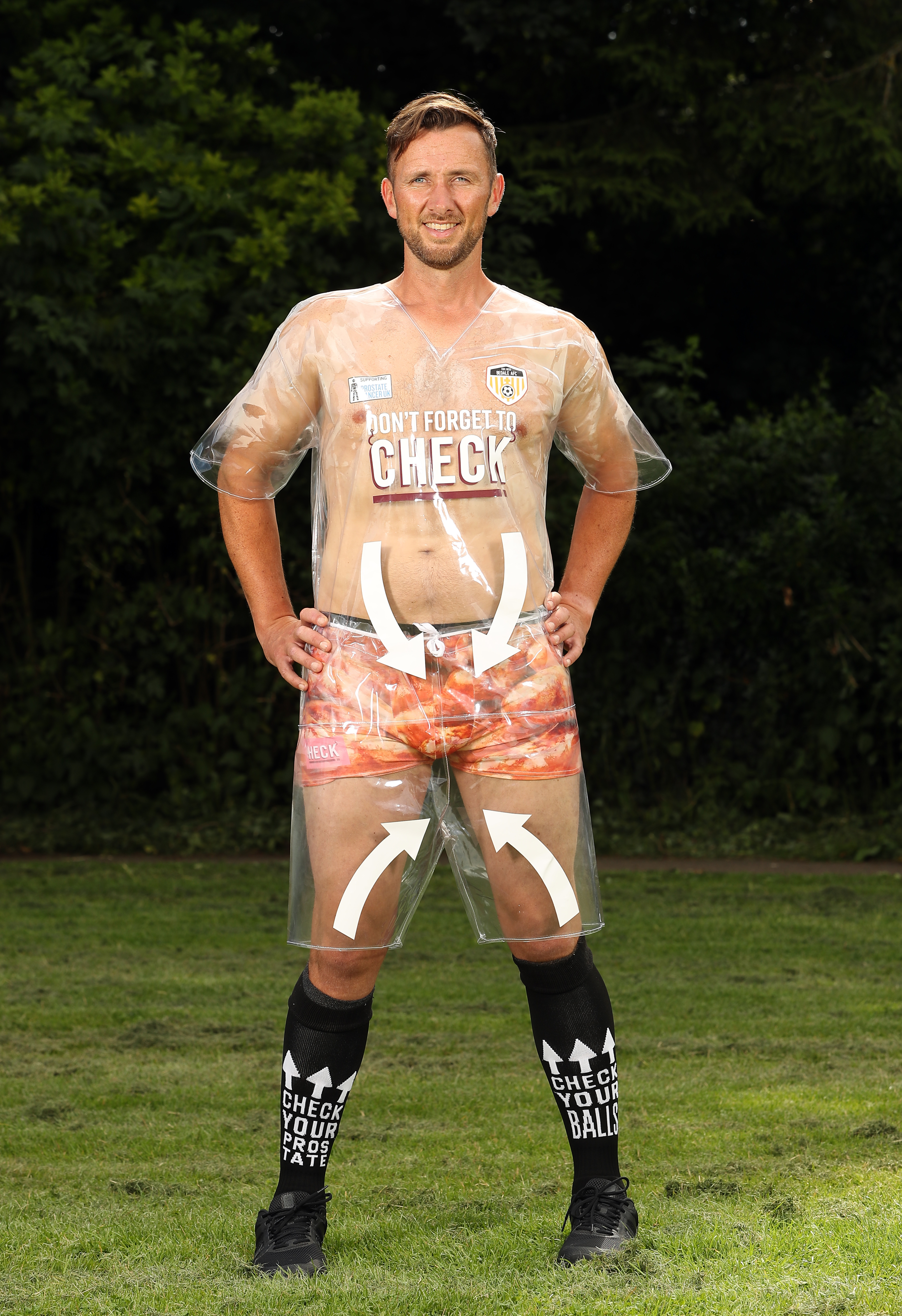 H Martyn Coombs said on the Bedale AFC Facebook group: “The purpose of the kit is to raise awareness of testicular and prostate cancer, two killers that are easily preventable is caught in time and the kit, with the name CHECK (not HECK) on the front bears testament to this.”

Big white arrows have been placed on the shirt and shorts pointing towards the privates, with a message saying: “Don’t forget to check.”

The North Yorkshire club have stated that they are intent to donate £5 from every kit sale.

In the past, they have had other wacky strips including images of hot dogs, and bangers and mash.

The club’s sponsors are ‘HECK’ and co-founder Andrew Keeble said: “What started as an innocuous sausage kit a few years ago has snowballed into this massive, almost unstoppable force that shows no sign of letting up.

“Every time we think that’s it, we get another idea for a new kit and away we go again.”

They are to appear on regional news to show of their bizarre new kit, with still many questioned left to be answered on it.

With Bedale AFC sponsored by Heck Food, players and officials are warmly invited to enjoy the hospitality offered after every game.

A year ago, BBC Look North visited the club and the chairman was interviewed on Smooth Radio, BBC Radio York and nationally on BBC Radio 5Live and the sausage kit also featured in the The Sun and Metro nationals as well as the Darlington and Stockton Times and Northern Echo.

The club sausage kit even featured on francetvsport with a film crew flying in from Paris to run a story broadcast nationally in France.

Last season their kit featured a giant carrot, complete with cheese grater goalkeeper shirt to showcase the new range of “Veg with Edge” bangers made by Heck, and in the process, raised cash for Prostate Cancer UK.

The North Yorkshire team’s original sausage-themed kit was launched back in 2017, and got media attention across the globe, even being voted one of the ‘wurst’ ever.

After being inundated with requests from people wanting to buy the shirts, more were produced, with £5 from ever sale donated to the charity, something that continued for years going forward.

The design for 2018 featured a hot dog, whilst in 2019 it was bangers and mash kit that made headlines when it fell foul of FA rules.

Heck co-founder, Andrew Keeble said year or two ago: “We’ve been delighted to enjoy this partnership with Bedale AFC and to have some fun along the way. What started as an innocuous sausage kit a few years ago has snowballed into this massive, almost unstoppable force that shows no sign of letting up. Every time we think that’s it, we get another idea for a new kit and away we go again.

“However, there is a very serious side to all of this because Heck and Bedale AFC continue to raise awareness and funds for prostate cancer, which kills 11,000 men a year, one every 45 minutes. It is vital that all men as they approach 50 have regular checks because there is a much higher success rate if the disease is caught early.”

The club add: “It is a measure of the success of the side that the principle people behind the scenes have been with the club for many years.”