New Man Utd interim boss uses ‘Spinning Wheel’ to determine punishments and might just bring it in at the Old Trafford outfit.

Ralf Rangnick used this at RB Leipzig, with fans left laughing the forfeits listed, with one of them making footballers train in a tutu.

Rangnick is set to join Manchester United as an interim manager until the end of the season following the sacking of Ole Gunnar Solskjaer, and could get the job on a full time basis. 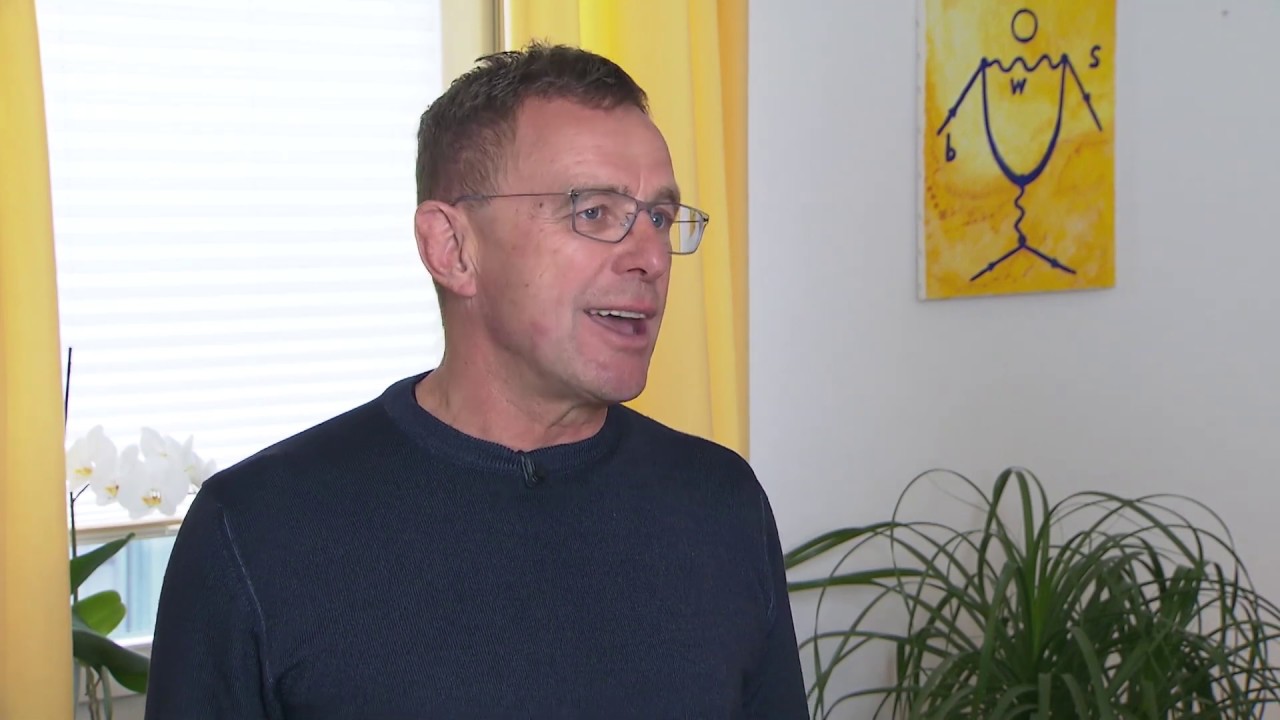 He arrives in England having built an impressive reputation in Germany, managing the likes of Stuttgart, Hannover, Hoffenheim, Schalke and Leipzig.

The 63-year-old has been described as the Godfather of Gegenpressing and a footballing professor who has mastered the art of pressing.

He’s also known for handing out disciplines, introducing a spinning wheel during his spell at Leipzig as it was his way to determine punishments.

Rangnick could reportedly also install a ‘countdown clock’ at Carrington to force players to practice their ‘Gegenpressing’.

The Telegraph report that the German tactician will ‘revolutionise’ United’s training methods when his arrival is likely to be confirmed this weekend.

Rangnick uses ‘Gegenpress’, a tactic used by many including Liverpool boss Jurgen Klopp and it sees players counter-press high up the pitch in an effort to win the ball back.

He will expect his newly-inherited Red Devils squad to get into a habit of reclaiming the ball EIGHT seconds after losing it.

Once the ball is back in possession, players will have just TEN seconds to get into a goal-scoring position before shooting at the target.

He once opened up on his playing style by comparing it to PREGNANCY.

Rangnick previously told the Coaches’ Voice: “You need to be aware what kind of football you really want to play.

“Either you want to play pressing or not?”

“United will be organised on the pitch,” said Klopp, 54. “That’s not good news for other teams.”

“He’s done a lot of different jobs in football, but his first concern was always being a coach, being a manager, and that’s what his best skill is.”

Michael Carrick will remain in charge of United for Sunday’s top flight trip to Chelsea, and although Rangnick will not be at Stamford Bridge, it is thought he will be in the dugout for Thursday’s Premier League game at home to Arsenal.

Klopp said: “Between the coaches and in the football world in Germany, he is very highly regarded and rightly so. Wherever he was, he did an incredible job.

“He started as a young man at Stuttgart, coaching the reserve team, and kept going from there. Ulm getting to the Bundesliga was insane at the time, and he made his way up.

“We faced each other for the first time when I was a young coach and he was at Hannover. He might have forgotten, but they always played our opponent a week later so he called me, the young manager of Mainz and asked plenty of questions.

“I was happy big Ralf Rangnick was calling me, but he got all the information he needed. Then they got promoted (in 2002) and we didn’t, so he still owes me!”

Chelsea’s German boss Thomas Tuchel played under Rangnick at Ulm and managed both Mainz and Borussia Dortmund after Klopp.

“He helped me a lot,” Tuchel said of Rangnick. “He was my coach and one of the main figures to convince me to try coaching so he had a huge influence on all of us at that time. He showed us it’s not important to follow people to the toilet in football games because that was the belief.”

@Ankieepankie: Would love to see ronaldo with a lawn mower 🤣🤣

@sdplnterIude: nah if i went for a stadium tour and maguire was giving it i’d sue united

@TMweeri: The likes of Maguire, Fred won’t survive this

@joshuanavin: Can’t wait to see @HarryMaguire93 train in a tutu or mow grass at Carrington!

@BradNel225: I got a stadium tour booked, might be lucky to get Phil Jones do it 😍

@RenzMUFC: Ronnie helping set up stuff in the club shop kills me

Maguire when he gets punished for everything on the list pic.twitter.com/Eg3lxACVpv

Rashford does the 2nd as a side gig. Minor https://t.co/ML8vAv7W3F pic.twitter.com/if6au8J3bf