Married man Michael Owen ‘begged a reality TV star for as many as 20 X-rated photos’ and viewed one in-particular pic ’65 times’.

BT Sport pundit Owen, who previously played for the likes of Liverpool, Man United, Real Madrid and Newcastle striker, has spoken publicly about his life and marriage, written an autobiography and appeared in several TV adverts.

While it would seem he has a squeaky-clean image, it would seem his flirting with mum-of-two Rebecca has now been rumbled. Father-of-four Owen is said to have done the following:

Asked for nude pics, said “leave nothing to the imagination” – and told Rebecca he had viewed one image 65 times.
– Suggested they meet up at the races.
– Been intrigued by her physique – and asked if her breasts were “falsies”.
– Bragged people think he’s “an angel” until they meet him.

Owen began following the TV personality via Twitter on the 18th of March. She was on Big Brother in 2017, used to run a lovecheat detective agency, and used to be a regular guest on This Morning. 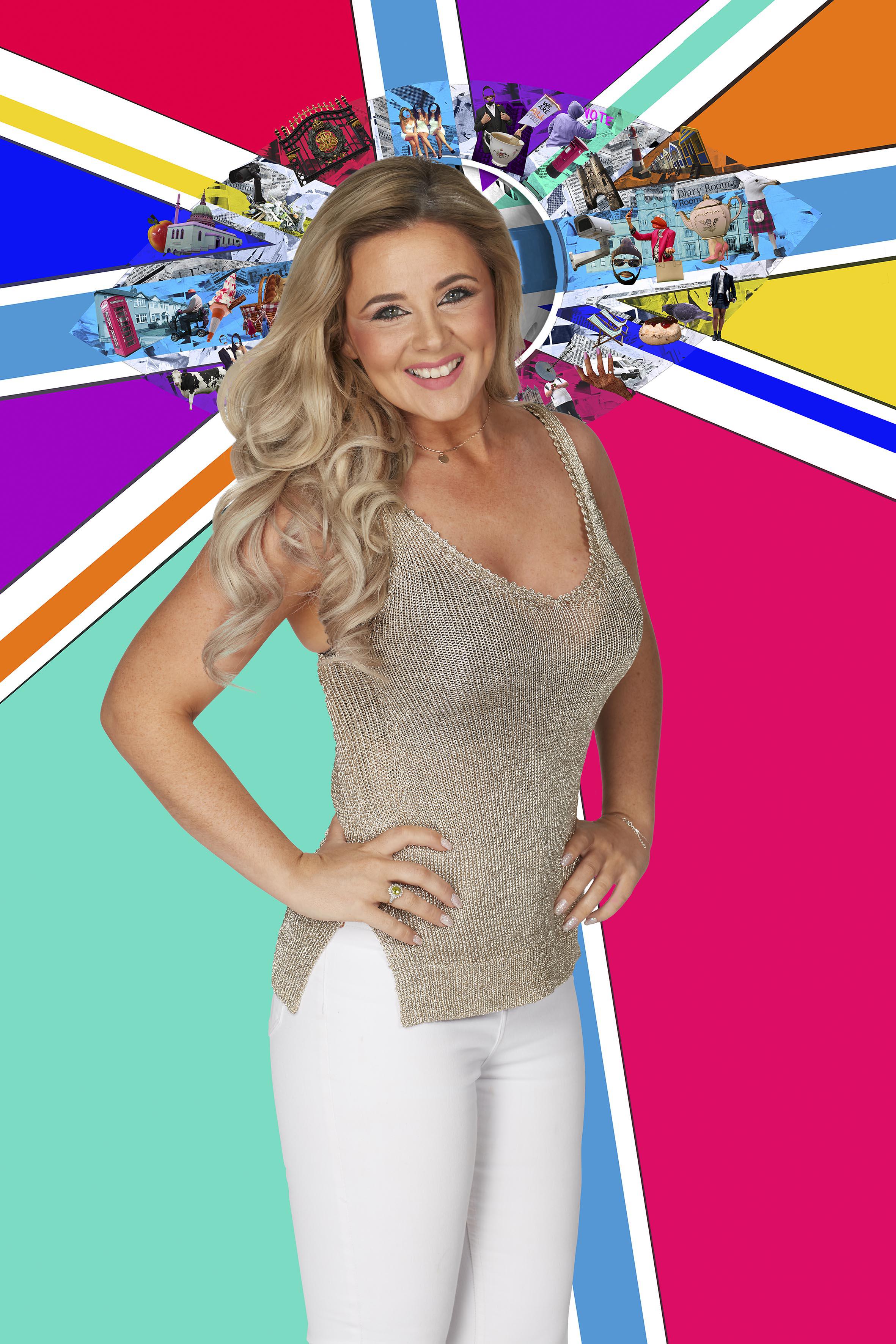 The pair exchanged messages and a friend said Rebecca, who has a law degree and is a trainee solicitor, was amazed to be contacted by her childhood hero.

However the chat quickly turned sexual, particularly during April, yet Owen has a wife.

On one trip away from home he asked Rebecca for more pics, saying: “Come on then, fire them through. It’s a long boring trip to London so I need something to do… leave nothing to the imagination.

“And I’ll advise on the suitability of them for social media – hopefully none of them are suitable.”

After Rebecca obliged, he replied: “Tremendous by the way.”

Pleading for more, he added: “Surely you’ve got pics saved up. I thought I was going to be judging dozens?”

After another snap, he said: “Well you went straight in there with a pic of your t**s so there’s no point taking a back step now. Hmmm. Not bad. Great t**. Definitely a no-go for social media.

In another chat, Rebecca sent a photo of her in the bath – after he told her he was sitting in the lounge with his family. Owen got married to childhood sweetheart Louise Bonsall in June 2005 – with images splashed in Hello! magazine.

He often posts social media pictures of his wife and family. In his autobiography, he revealed he was “staring into an abyss called divorce” in 2014 as he struggled to come to terms with his life after retiring from football.

Though in his book Reboot – My Life, My Time he said he was a “different person” after he and Louise had marriage counselling.

He said in 2019: “Now that my life-changing liaison with the idea of splitting up with Louise and the family in 2014 has passed, I’m pretty sure everyone who knows me will say that I’m now a completely different person – in the best possible way.”

Twitter also accounted for some of his early exchanges with Rebecca, who told him she was a fan of his as a teen.

He replied, saying he had made her “inner 13-year-old girl’s dreams come true”.

Rebecca’s friend said: “She was thrilled when they started mess-aging. Flattered. Who wouldn’t be?

“It didn’t take long for messages to turn dirty. He was commenting on her pictures and said he’d looked at one in a see-through top 65 times.

“Rebecca knew she was flirting with a married man, but went along with it. She knows some people will think it’s bad, but she’s a single girl. She’s very outgoing, but she was surprised by how open he was.

“He was asking about her boobs, if they were real or ‘falsies’ and some of the messages were very explicit.”

In one early message Owen wrote: “I love the way everyone says I’m an angel then within a minute of meeting me can’t believe how wrong they were.”

Owen went on to be a racehorse breeder after football and in another message he invited Rebecca to meet him at the races in April, saying: “How far are you from Doncaster? I’m there in a couple of weeks for a couple of days so if it was close I’d have suggested we meet for a debate.”

The meeting didn’t happen because Rebecca expected a proper invitation would follow.

On the day, Owen messaged: “Are you nearly here, by the way?”

Rebecca’s friend said: “She wasn’t sure about meeting him, which is why she didn’t pursue it. But he continued to message her and even tried calling her at 3am.”

Rebecca’s friend also said Owen had spoken to her on the phone, adding: “It was always when he was on his own. He’d check the coast was clear before speaking to her. He joked with her about her accent.”

Rebecca asked what intrigued him about her. Owen replied: “Your past. Your present. Your posts with your t**s out.”

Owen sent Rebecca his number and asked her to use WhatsApp as other people had access to his social media accounts. Yet he warned her rules applied, saying: “No unannounced calls.”

Rebecca also asked Owen whether he had been with many women.

The reply said: “I’d say it’s pretty naive to as I’ve been with my partner virtually all my life and if I was s***ging left right and centre I’m pretty sure I’d have been found out by now.”

The most recent exchanges were in June while he was at Chester races.

It is not the first time Rebecca has flirted with a sports star. In 2019 she exchanged “filthy” texts with rugby star Ben Foden, just days before he hooked up with Jackie Belanoff Smith – who he wed two weeks later.

This is exactly the response I would’ve expected Michael Owen to give after receiving nudes. This just seems so on brand pic.twitter.com/eVj6tNVJ8D

Haha I thought that, I said it in his voice as that’s all he ever says!

Probably got injured looking at the nudes

@SK_arsenal: Everytime I see his face, I just think about when he said he’s never watched a film or been to the cinema. Mind blowing.

@ChrisLowes83: Would of injured himself wanking after picture 5

@DomesticBuffalo: Apparently he said something about dribbling inside the box.

@ClaretBluBlood: He’s married and he’s controlling her with what pictures she can and can’t put up. I hope she starts calling him when his wife’s around so he gets found out, mind you, it looks like he has now! His wife will no doubt stay with him as she loves his mon……sorry him.

@TitsYachts: This is our club ambassador btw @John_W_Henry, another great appointment!

@LeeDForster: Someone needs to speak to this fella and tell him “Michael. No.” once in a while… Strange man.

@NicLeeBee: Michael Owen caught up in nude selfies scandal: remains the most boring man on the planet.

@koni_108: So hilarious. Owen should have known that person would leak this at the time considering who she is and how she makes her money.