Mark Lawrenson’s Premier League predictions are finally revealed as we look forward to what will be a busy weekend of football.

The former Preston, Brighton, Liverpool and Ireland footballer, turned Oxford and Peterborough manager, now a BBC Sport ‘football expert’, has given his verdict on who might spring a surprise.

Lawro will make predictions for all 380 top-flight matches this season, so take a look at what he had to say for this batch… 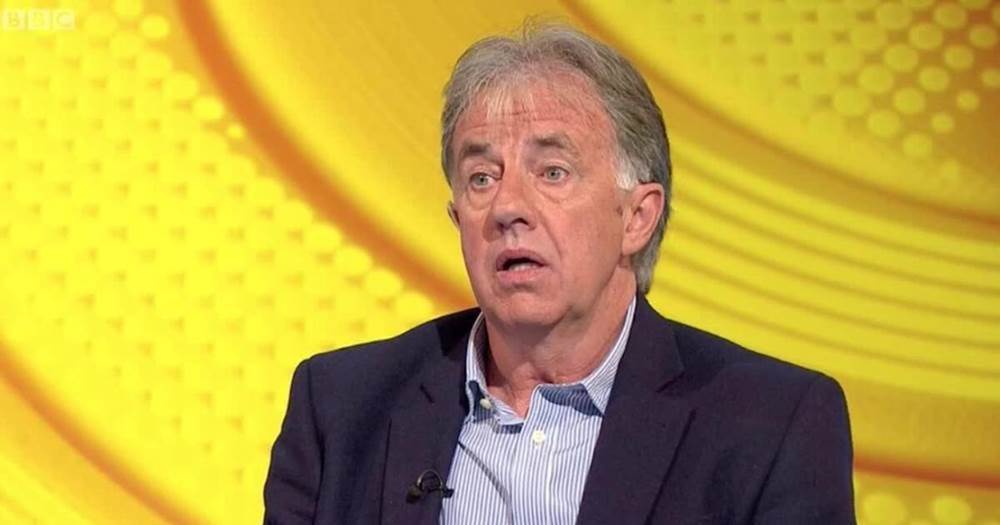 Liverpool come into this game off the back of their 7-2 defeat by Aston Villa, when they were all over the place at the back.

People forget how organised and difficult to break down the Reds usually are, which is why they had such a good defensive record.

At Villa Park, though, they were wide open and Villa did their homework and targeted the right side of their defence, where Trent Alexander-Arnold and Joe Gomez were struggling.

Given how well Everton are doing, Goodison Park would normally have been absolutely rocking for this game – but without any crowd or atmosphere, this won’t feel like any derby game I played in.

It is still going to be interesting to see how Liverpool get on against Everton’s midfield and whether they can get in and around them. The same goes for how the Liverpool defence copes under pressure this time.

It is a difficult one to call, which is why I am going with a draw.

Chelsea’s new players are finding their feet and right now it feels like teams will get opportunities against them.

Southampton have won their past two games after a sticky start to the season, and I am sure they will have their chances on Saturday too. I would still back the Blues to win, though.

The good news for Manchester City is that Raheem Sterling should be fit after picking up an injury on international duty. The bad news is that Kevin de Bruyne is a doubt after doing the same, because he would be a massive miss.

City have got striker Sergio Aguero on the way back after his long lay-off, and they need him fit and firing again. He has been training but I don’t see him starting this game.

Arsenal got a bit lucky in their win over Sheffield United last time out, but if City are missing some key players, the Gunners are in with a shout.

Manchester United have not had any problems scoring goals. Unfortunately for them, they have not been able to keep them out.

Ole Gunnar Solskjaer’s side have only three points from three games, and they are lucky to have that many because they did not deserve to beat Brighton.

It clearly does not help that United captain Harry Maguire is having such a bad time at the moment, because he has been their most reliable centre-half.

I still think United will beat Newcastle, though, if only because I can’t believe they will be as bad again as they were when they lost 6-1 to Tottenham. If they are, Solskjaer is going to be in serious trouble.

Both of these sides have lost all four of their league games, so at least one of them will get off the mark.

I am going with Sheffield United to edge it. They deserved something from their performance against Arsenal last time out and I just think their manager, Chris Wilder, will really have them ready for this one.

Brighton are looking better going forward these days but I’ve been impressed by Palace too, and we know how well organised they always are at the back.

West Ham have won both games while their manager David Moyes has been in isolation recovering from coronavirus, but he should be back in the dugout for this one.

We might get a first look at Gareth Bale in action for Tottenham too, if he is fit, but they have been doing pretty well without him to be honest.

I’m going for a Spurs win, whether Bale features or not.

Aston Villa have won three out of three league games, but it might all come crashing down this weekend.

Leicester were taken apart by West Ham last time out, but I’d expect them to be back on it on Sunday.

Jamie Vardy will be rested and raring to go after the international break and I wouldn’t be surprised if he scores at least once for the Foxes.

Burnley have lost all three of their league games, and these are worrying times. They don’t appear to have enough strength in depth in their squad.

West Brom have at least got a point on the board, but I have a feeling Sean Dyche’s men will dig in to make things difficult for the Baggies, and they could nick their first win. They need it.

Wolves have been a bit up and down so far and this will be another tough test for them.

Leeds were impressive again in their draw with Manchester City, and their attacking outlook is going to win them a lot of fans.

How did Lawro do last time?

In the last set of games before the international break, Lawro got six correct results, including one exact score.