Man City footballer Benjamin Mendy has been suspended and charged with four counts of rape, it was confirmed on Thursday evening.

A club statement was issued by the Premier League club, revealing the news of their 27 year old being suspended pending an investigation.

He has been charged with four counts of rape and one count of sexual assault against three complainants aged over 16, Cheshire Constabulary said.

In a statement, the force said: ‘The Crown Prosecution Service (CPS) has authorised Cheshire Constabulary to charge a man in connection with allegations of sexual assault.

Benjamin Mendy, aged 27, has been charged with four counts of rape and one count of sexual assault.

‘The charges relate to three complainants over the age of 16 and are alleged to have taken place between October 2020 and August 2021.

‘Mendy, of Withinlee Road, Prestbury, has been remanded in police custody and is set to appear at Chester Magistrates’ Court on Friday 27 August.’

In a statement of their own, meanwhile, the Premier League champions said: ‘Manchester City can confirm that following his being charged by police today, Benjamin Mendy has been suspended pending an investigation.

‘The matter is subject to a legal process and the Club is therefore unable to make further comment until that process is complete.’

Mendy joined City from Monaco four years ago following a £52million transfer and has made 50 Premier League appearances for the club, winning five major honours during his time at the Etihad Stadium.

The 27-year-old featured in City’s Community Shield defeat against Leicester City earlier this month and in the 1-0 defeat against Tottenham in their Premier League opener.

Mendy was, however, left out of the side which beat Norwich City 5-0 last weekend and has been suspended by his club ahead of Saturday’s match against Arsenal.

BREAKING: #MCFC have suspended left-back Benjamin Mendy, pending an investigation, after he was charged by police.

Just a week ago, Gary Neville claimed that the Manchester City star ‘can’t defend’ as Tottenham stunned the Premier League champions winning 1-0 in the opening fixture.

During the clash against Tottenham, Neville told Sky Sports: ‘Mendy can’t defend. He can’t defend. He’s so loose in his game and Man City have got [Oleksandr] Zinchenko and [Kyle] Walker on the bench.’

Just eight months ago, the troublemaker left-back was said to be in hot water with his club following a investigation during the pandemic.

The 26 year old footballer flouted rules again when thought it was the right decision in flying a girl in from Greece for a four-day romp.

It came just a week after Manchester City revealed that they were disappointed in Mendy hosting a new year party for mates outside his bubble. 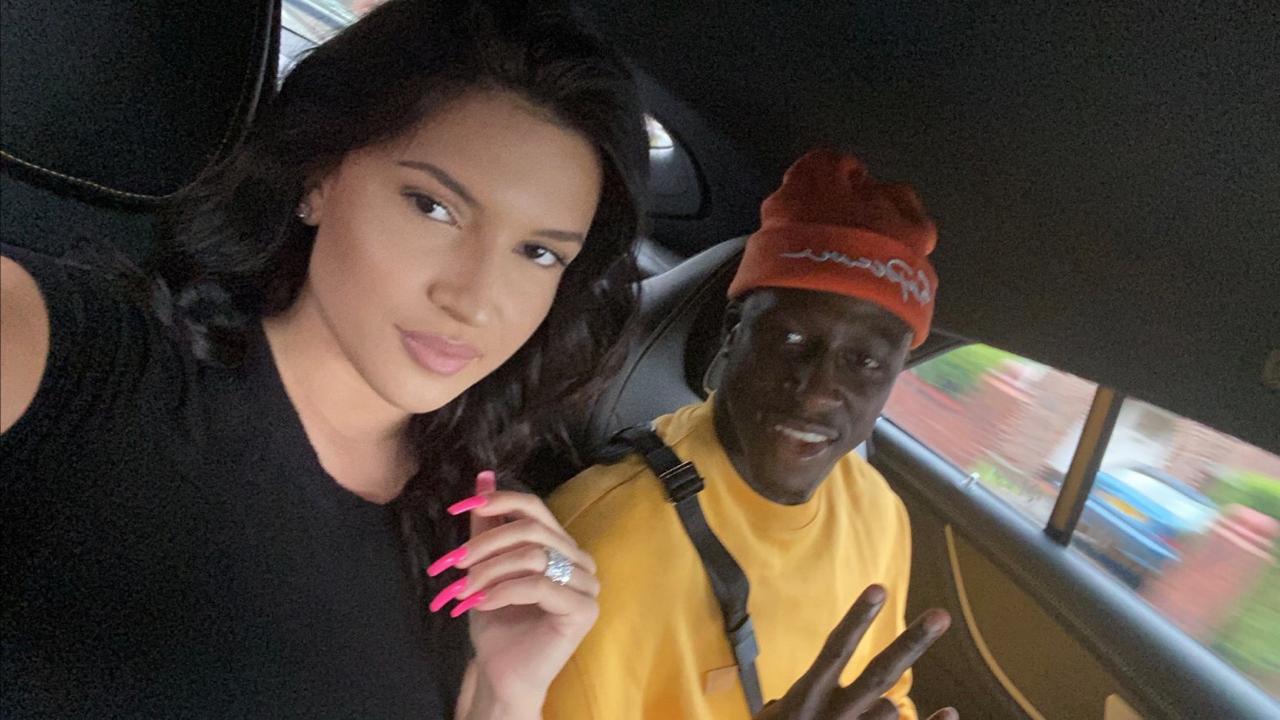 That wasn’t his first rule break either as last summer he gained the affection of Claudia Marino on social media then flew her from Athens to his £5million home based in Cheshire from the 29th of June.

Benjamin Mendy also requested for a modelling agent to send girls from London to visit him in Cheshire. Mendy declared he wanted a “big bum Latina” in one message, however there is no suggestion the agent sent any girls.

The Government had ordered UK arrivals from June 6 to self-isolate for 14 days or face a fine.

When the 22 year old female sent him a screenshot of the strict measures alongside a sad emoji, Mendy replied: “U stay in my house.

Claudia admitted she had been up for having some fun and said they romped.

She added: “I’m not naive and I know what footballers are like but I thought it would be an experience.

“He was single so I wasn’t hurting anybody.

“We had some drinks and had a laugh. One day he took me to Leeds where he saw his dentist.”

Claudia then got the plane back on the 2nd of July and got a message from Mendy telling her to delete an Instagram video showing her inside his house.

Mendy has already apologised for his new year do and now it looks likely he might have to do it again. Just like Kyle Walker for having a Christmas party last year, you can read more on that HERE.

Adam Johnson & Mendy both played for City and they want to sign…. pic.twitter.com/7YCKsPdyPf

@FodenFanatic47: Contract termination get him gone

@_nainasaluja_: WHAT THE ACTUAL FUCKKK

@YousifKayed: 4 counts of rape and 1 count of sexual assault what the fuck

@TrueZebrasaur: Yeah no he ain’t playin for us again