Patrick Bamford mentioned to the broadcaster how he was offered the chance to take part in the much talked about ITV series earlier this year.

The England footballer recently made his international debut against Andorra, having scored 17 goals last season for the Whites. This season, Bamford has one goal and three assists from five appearances.

However, his name could have reached a whole new audience had the player accepted an unexpected offer to appear on Love Island, which sees men and women in search of becoming a become on a tropical island.

Bamford though has lifted the lid on getting a telephone call, with the person on the other end of the line offering him a place on the program. Bamford, had he accepted, would have been the first professional footballer to appear on the show since it relaunched in 2015.

Toby, 22, entered the villa on Day 1 of the seventh season and finished as runners up with partner Chloe Burrows. 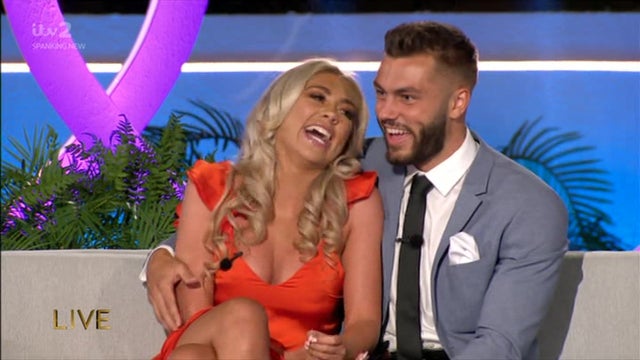 Finn, 20, enter the villa on Day 5 of the sixth season without permission from Oxford City, going on to win the show, shared a £50,000 prize with Paige Turley.

Dennon, 22, joined series 5 of Love Island on Day 26, however only lasted four days before being dumped.

Bamford explained the saga prior to Leeds’ 1-1 draw with Newcastle on Friday night, saying: “Ironically, I was lying in bed one night when it was on.

“It must’ve been 11 o’clock and I got a phone call from a withheld number.

“I never normally answer it but I answered it and I can’t remember what his name was.

“Think it was Chris or something like that and he said: ‘Hi, it’s Chris from ITV’. “I was so unsure what was going on. Then he said: ‘We’re just ringing up you about the dating show that’s going on at the minute, which is Love Island.

“Do you know how Casa Amor has just finished, we could do with a bombshell to go into the villa and we think you’d be perfect.’

“I just kept going along with it and he asked if I was up for going in but I don’t think my girlfriend would’ve been too happy.

“He then asked if she wanted to go in.

“So, I just kept playing along with it and it went a bit silly, it was so random as I’m not even sure who it was.”

The 21-year-old looked affectionate earlier this week as she enjoyed a day out shopping in London with the Brighton player, who earns £1 million a year.

It is thought the couple dated for two years before splitting just before she entered this year’s Love Island villa.

She has since come under fire from fans who claim she never really split with the footie player.

Meanwhile, Marcelo Bielsa has been told that his Leeds squad desperately lacks a playmaker and his trust in Tyler Roberts is misplaced.

Roberts came off the bench on the 61st minute mark of Friday’s 1-1 draw at St James’ Park. That continued his trend of featuring as a substitute for Leeds this season.

But he struggled to make an impact as the game couldn’t find a winner.

“For me, he is not good enough for Leeds or Premier League level,” he stated.

“He has some decent touches and gets in good positions, but his passing and decision-making keeps letting him down.

“It must be frustrating to watch for Leeds fans as moves keep breaking down when Roberts is on the ball. It’s shocking how often that happens.

“I don’t see him as the answer for Leeds, even though Marcelo Bielsa has a lot of faith in him.”

VIDEO: Pogba pulled away by Carrick after clashing with West Ham fan
Chelsea player takes up alternative to taking the knee as he speaks out