Jesse Lingard reveals the heartbreaking battle behind his struggles at Man Utd, before bursting into spectacular form with West Ham.

It’s fair to say the England international has taken everyone by surprise this season, coming out of the shadows to bang in 9 goals in 10 Premier League games so far, with more no doubt set to come.

However the 28 year old has revealed his form at Manchester United was affected due to concern for his mother, who has sadly been battling with depression.

The midfielder is currently thriving on loan after experiencing a difficult spell at Old Trafford where his performances were called into question.

During that spell Lingard was going through a tough time of it in his personal life, where he was forced to look after his younger siblings due to his mother’s illness, and conceded he had bottled up his emotions.

“It feels like you’re not the same person, I feel like I wasn’t Jesse Lingard,” he said, speaking on the first episode of Presenting. “Even in football matches, I felt like the game was just passing me by, like I just didn’t want to be there – it was crazy.”

He explains how his mother had struggled with depression since he was as young as 12, and be laid in bed with the curtains closed during the day while he went out to play football, admitting “as a kid, you don’t know what that means.”

His performances got him picked for the England’s World Cup squad in 2018, however Lingard soon found the pressures associated with playing at the top level difficult to deal with while his mother was suffering away from the spotlight, and it soon began impacting his own mental health.

“I was going into games happy sitting on the bench and that’s not me. My mind wasn’t there, I wasn’t focused at all. I was thinking about other things and obviously bottling it all up trying to play football, you’re tense, you’re stressed and you can’t do it.”

“There’s some days where I used to have a game at 8 o’clock and we’d go to the hotel in the afternoon, I’d sleep from 2-4, shut my curtains in the dark and then wake up in the dark and you don’t get any sunlight.”

Lingard credits the staff at Old Trafford for helping him get through his problems, with a doctor always available to him.

Asked why he decided to share the details of his struggle, he replied: “I feel like in life you go through difficulties, you go through stages of lows and highs, but I feel like you’ve gotta get through the lows, grind it out and you see the light at the end of the tunnel.”

Jesse Lingard recently opened up about West Ham, rediscovering his form and Champions League hopes, have a watch of the video below…

Meanwhile, Man Utd boss Ole Gunnar suggests Jesse Lingard will be welcome back to Old Trafford at the end of the season, following his ‘brilliant’ loan spell at West Ham United.

““Jesse has been brilliant since he left and I’ve answered this quite a few times,”” Ole told reporters at his pre-Granada press conference.

““Selfishly, we could have kept him because he’s always got a part to play, he’s a fantastic lad around the place, Man United through and through, never once did he moan or cause me a problem, he just worked really hard.”

““He deserved a chance to play for more football – that’s why we let him go to West Ham because he deserves a chance for what he’s done throughout his life for Man United. “

He featured in all three of England’s World Cup qualifiers in March, and Ole wants to see him at the Euros this summer. 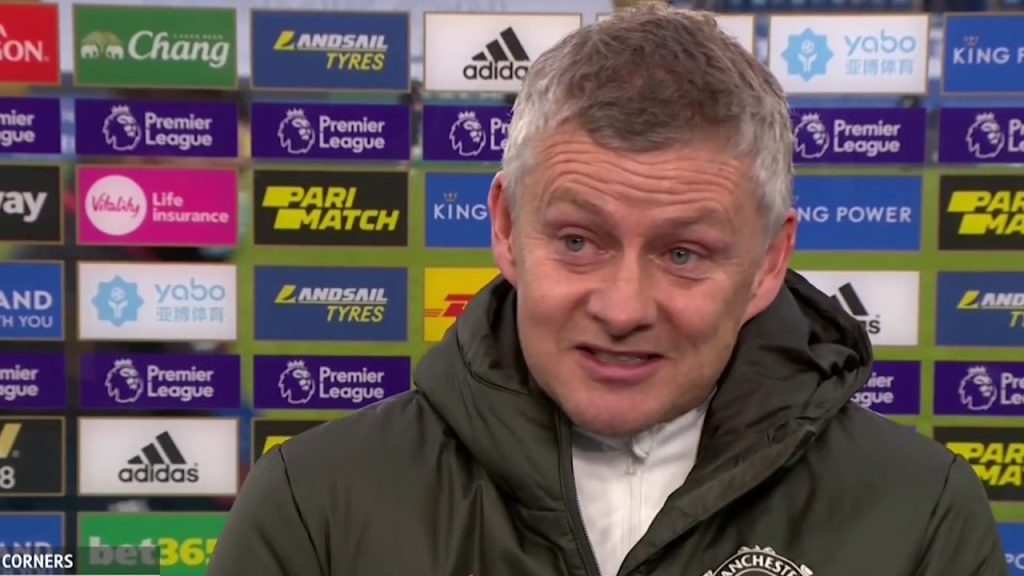 ““I hope he goes to the Euros, with his performances now, with the confidence he’s got, I don’t think that’s beyond him,”” Solskjaer added. ““I hope he has a strong finish to the league. “

““It was different here [with] Bruno [Fernandes and] the form he’s played in, arguably in Jesse’s favourite position, and that was just a decision that we’ve made. “

““Delighted, though, for Jesse and just wish him all the best for the rest of the season until he comes back.””

Well done @JesseLingard for speaking out about his own mental health issues, the more footballers & successful celebrities speak openly the more chance that people will feel no shame & seek out the right support. Having a mental illness is NOT a sign of weakness! https://t.co/ZaX2seLCwq

@marqnifico: Respect to Jesse, had a hard time but turned his game around 👏🏻

@sijv1878: The goat from Warrington

@JstAnotherDevil: ❤🙏🏾 we shouldn’t ever underestimate how mental health affects us. Look at the boy go now. Love it @JesseLingard

@Telv1s: Love this from @JesseLingard depression is real and debilitating! #ItsOkayToNotBeOkay

@WHU_CENTRE: I’m so happy for him. Seeing him flourish in our team. The best is yet to come

@EoinLH15: We need to do better as fans. Lingard and Luke Shaw are getting praise now because they’re performing, but the abuse for them was vile for months on end. The same goes for Dan James last season, and I feel for Phil Jones with what’s written about him online.

@pamela_cafc: I’m so glad he’s fought to get his career back on track and what a way to do it. He’s flourishing at West ham imo.

@FplStatsdan: Think it’s really great that more and more people are finally opening up about mental health. Lingard’s return has been one of the feel good stories of the season.

@GuruOfMattitude: Really upsetting to hear this. Hands held high, I’ve been culpable in calling out Jesse Lingard for underperforming when he was with United, but I’d never attack him directly, personally or racially. Mental health is so fragile and these issues need to be discussed sometimes.

@Connollyboi: Hard to not be buzzin for him atm

@97continuum: I love Jesse with all my heart considering I’ve followed him from his academy days. Good on him for being honest about this. More than 70% of all suicides are men for a reason.

@JayMotty: Sad truth is if he hadn’t been banging on the goals for West Ham, many ppl would be completely unsympathetic. We need to start having a proper convo about mental health and not just when players are doing well on the pitch.

@DwyerLynch: Not wanting to break family confidentiality but People have NO idea what this kid was going thru.. so glad he’s now on a positive-the haters will always hate…

@Turkuleez27: Good for @JesseLingard honestly. It’s not a good pairing between him and the system at United, he deserves to play in great form elsewhere and West Ham is the perfect place for that. Hopefully he stays there and thrives

@21506M: Happy for him that he’s found his feet. Pure talent, deserves to go to the Euros