Hull City fans have decided to criticise presenter David Prutton over a blunder made live on Sky Sports for the Sheffield United match.

In the day’s early kick off in the Championship, and while much of the gossip in this division is currently about Derby County, there is a full slate of 36 EFL games to keep an eye on, starting with a Yorkshire derby.

Sheffield United were relegated from the Premier League last season after a really tough campaign but were expected to be up at the top of the Championship this season.

However, they’ve also cracked under the pressure to get going and, like today’s opponents have won just one of their seven games so far this campaign.

It might only be September, but make no mistake, these two teams are desperate for the three points today.

When talking about the match, which was televised on Sky Sports, David Prutton referred Hull City as ‘Hull Tigers’, something that’s quite a big deal to the club’s supporters. 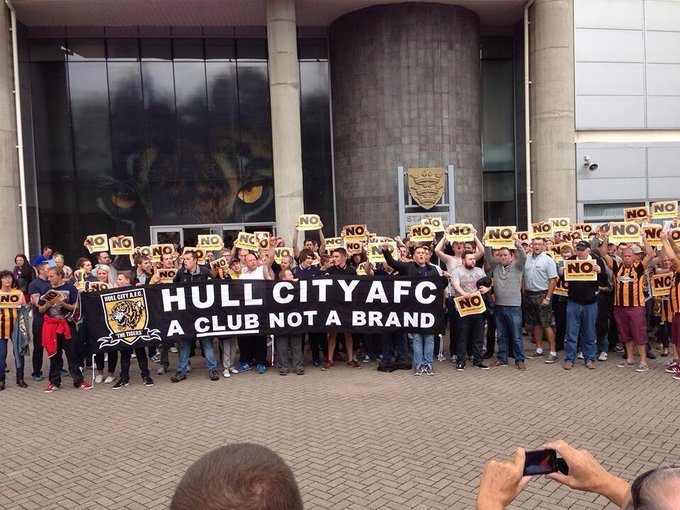 The “Association Football Club” part of the Yorkshire club’s name, which has been in effect since their formation in 1904, was looking set to be scrapped. Even the club’s social media and website changed to include ‘Tigers’ as part of the name, despite backlash from fans.

Any references to AFC on club branding was planned to be phased out, though would’ve remain on the shirt crest during their first season back in the Premier League.

Allam wanted to market the club as Hull City Tigers locally and Hull Tigers to national and international audiences.

He told the Hull Daily Mail at the time: “In the commercial world, the shorter the name, the better. The more it can spread quickly.

“My dislike for the word ‘City’ is because it is common. I want the club to be special.

“It is about identity. ‘City’ is a lousy identity. Hull City Association Football Club is so long.” 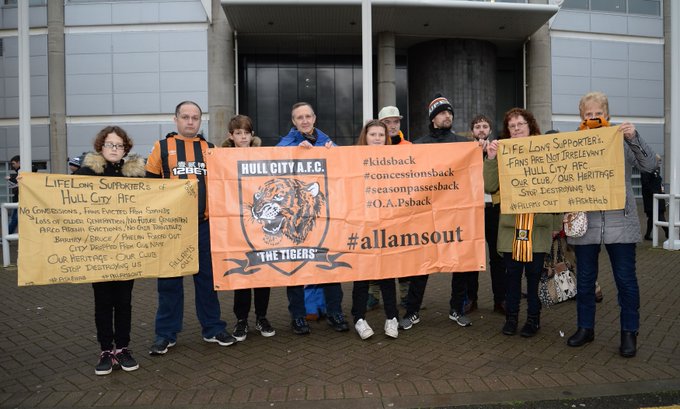 Egypt-born Allam, who moved to Hull in 1968 to study and has since set up a multi-million pound company in nearby Melton, took charge of the club in December 2010.

“I have always used short names in business. It gives you power in the science in marketing. The shorter, the more powerful the message. In Tigers, we have a really strong brand.”

Allam’s son and vice-chairman, Ehab Allam defended the move to drop AFC from the club’s name after 109 years.

“AFC is redundant, it is not used by the club. The fans never mention AFC, nor do the media,” he said.

The club issued a statement to clarify the situation, which began: “The business name at Companies House had its ‘Association Football Club’ suffix removed in the spring of this year, leaving the club to be named ‘Hull City Tigers Ltd’.

“This will now be used in official club statements, regarding any of our commercial operations.

“The Tigers brand, with its powerful imagery, will be used in international markets to attract new interest and attention in both Hull and the East Riding from a worldwide audience.

“As has always been the case, supporters remain free to refer to the club as they wish, whether that be Hull City, City, Tigers, Black and Amber, or indeed any other variant of the club’s name. For many, the club will continue to be known as Hull City, as it has been from its inception.

“A new badge, to be used from the 2014-15 season, will be designed and created in consultation with fans over the coming months.” 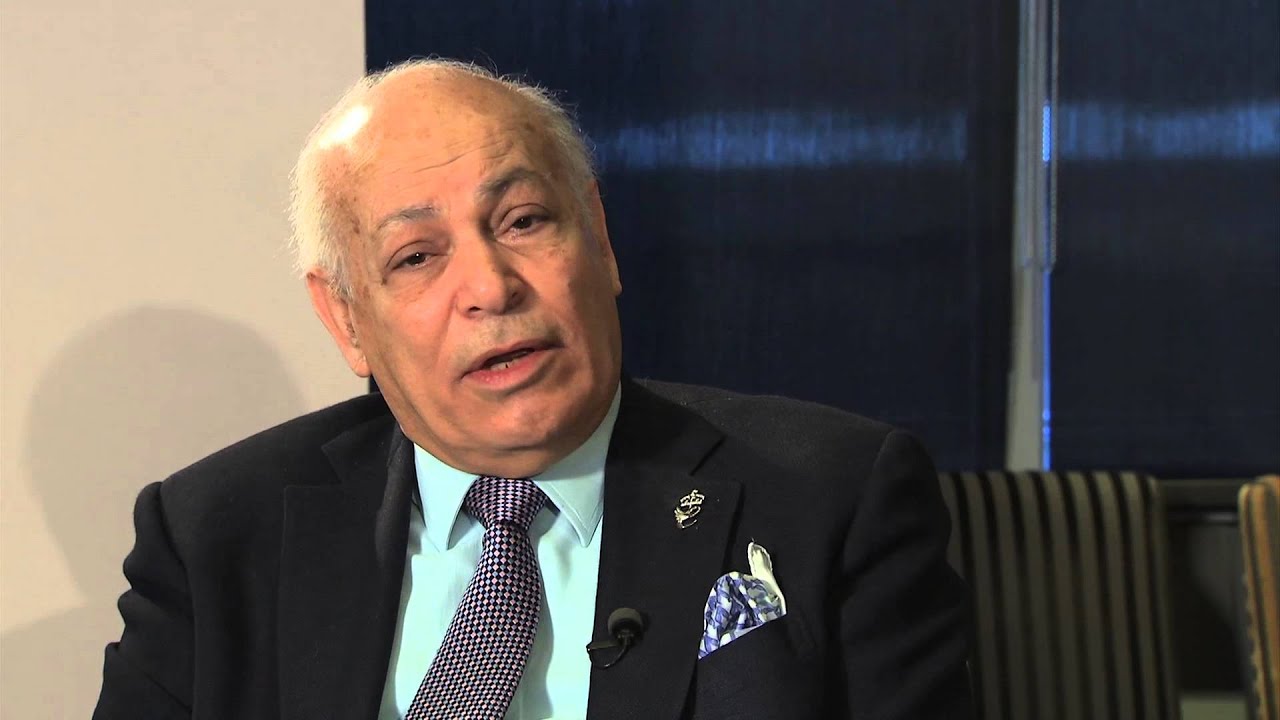 Bernard Noble of the Hull City Official Supporters’ Club admitted he had mixed feelings about the decision.

“My personal opinion is I’m disappointed because I’m a bit of a traditionalist,” he told BBC Radio 5 live.

“As far as Hull City Tigers is concerned, the fans – the 25,000 people who will be there for the first home game against Norwich – they’ll say ‘I’m off down to watch City’.”

Managing director Nick Thompson, meanwhile, urged supporters “to judge it in the fullness of time”.

Nigel Currie, director of sports marketing agency Brand Rapport, stated that “the whole process has been conducted badly with the supporters, but [the name change] is a pretty sound idea.”

Simon Chadwick, professor of Sport Business Strategy and Marketing at the Coventry University Business School, opined that the objective of opening up lucrative new markets for shirt sales, merchandise and broadcast deals shows commercial vision and could bring benefits, but “this needs to be backed up by a proper marketing strategy and investment.” He said, “it’s no use thinking changing the name or the colour of the shirt will pay instant dividends.” David Stern, commissioner of the National Basketball Association in the United States, warned: “I would say a wise owner [of a sports club] would view his ownership as something of a public trust, in addition to the profit motive, and you really do want to allow the fans a little bit more input than I think is being allowed, with respect to Hull.”

In March 2014, the FA membership committee advised that the name change application be rejected at the FA Council meeting on the 9th of April. In response, the club published a statement saying the FA was “prejudiced” and criticised the committee’s consultation with the City Till We Die opposition group. The following week, the club opened a ballot of season ticket holders over the name change. Opponents of the name change criticised as “loaded” the questions, which asked respondents to choose between “Yes to Hull Tigers with the Allam family continuing to lead the club”, “No to Hull Tigers” and “I am not too concerned and will continue to support the club either way”, on the grounds that voters were not given the option to reject the name while keeping the Allam family as owners. Of 15,033 season ticket holders, 5,874 voted in all, with 2,565 voting in favour of the change and 2,517 against, while 792 chose the “not too concerned” option.

In April 2014, the FA Council announced its decision, carried by a 63.5% vote of its members, to reject the club’s application for a name change.[88] The club responded by stating it will appeal the decision.However, since there is no appeal process with the FA and its Council, the decision is final. On the 11th of September 2014, Allam confirmed an appeal has been submitted to the Court of Arbitration for Sport. He also held a news conference confirming the club had been put up for sale due to the English FA’s decision on the 9th of April 2014.

In October 2014, interviewed by the BBC, Allam confirmed that he would “not invest a penny more in the club” unless he is allowed to change the club’s name to Hull Tigers. In the same interview, Allam said, “I have never been a football fan. I am still not a football fan. I am a community fan.”

In March 2015, an independent panel appointed by the Court of Arbitration for Sport ruled that the decision of the Football Association Council to block the name change “cannot stand” on account of the process having been “flawed.”

In July 2015, the Football Supporters Federation confirmed that a 70/30 decision was made in favour of Hull City A.F.C. not changing their name after an FA vote.

@_LEDExpert: @david_prutton @SkySports Hull Tigers????? Is there no limit to your incompetence??? #hcafc

@AntNorthgraves: David Prutton just referred to us as Hull Tigers on Sky. Get in the bin @SkyFootball #hcafc

@AntNorthgraves: Seemed to do it on purpose too

@HullCityMister: He know some sections of our fanbase hate him. He’s on the windup.

@Mikel_Snapper: Did David Prutton introduce us as “Hull Tigers”? He did! Tosser!!!!

@ForeverAYellow: Just heard Prutton call Hull City ‘Hull Tigers’, can’t be getting that wrong surely? Or is he trying to be unprofessional and chose to piss off the fanbase?

Louise Langhan: He did. Noted 🤬

Page Phil: He’s always seemed to have a chip on his shoulder when it comes to City

David Holmes: What a wanker

Lee Tucker: Who the hell are Hull Tigers

Steve Leake: Been paid to say that the buffoon

Eddie Oswald: It’s the fact he keeps making this mistake too. Getting on my nerves now, you want viewers, how about do your job correct

Fred Poulton: Surprised he hasn’t managed to call Sheffield United as just ‘Sheffield’, says it all