The 63 year old was present as Boro lifted the Memorial Cup thanks to a 5-4 penalties victory after the second meeting in the space of a week had finished 2-2 in normal time.

It was back in 2017 that the former England international had last been coaching, something that ended after four years in charge of Wessex League Premier Division side AFC Portchester.

Gale has so far stressed that no agreement has yet been reached between himself and Rix over a permanent position – but has been pleased to have someone with his coaching qualities and experience during the early part of pre-season. 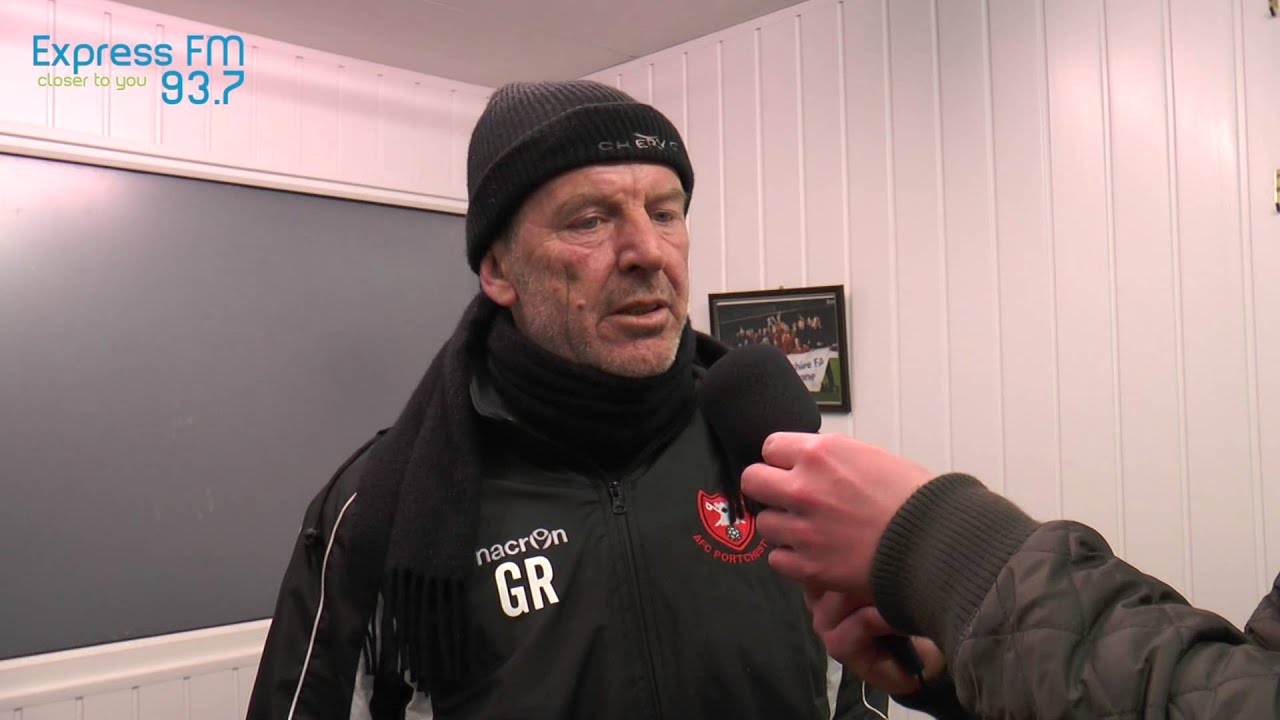 Gale said: ‘With Scott leaving, I’ve known Graham a long time, he’s been out of the game for a while and it’s something that he’s maybe looking at.

‘He’s come and helped me the past couple of games and he’s really enjoyed it.

‘He’s come in and given us a hand and we’ll take it from there. Graham has got a wealth of knowledge – you don’t manage Pompey and you’re not (Gianluca) Vialli’s assistant if you don’t know what you’re doing.

Gosport were been dealt a blow with Portsmouth pulling out of their scheduled friendly visit to Privett Park on Wednesday night.

The Blues took the decision after an ‘immediate investigation’ was launched into alleged racist messages discovered in an under-18s academy Snapchat group chat.

Gosport are still making the trip to play Horndean on Tuesday, however Gale is hopeful of securing a friendly for Saturday or next Tuesday after their exciting friendly was postponed.

The Boro boss said: ‘Losing the Pompey game is not ideal for us, but we’re trying to find a game at home for Saturday.

‘Obviously we’ve got a nice pitch there, so we’re hoping to play at home on Saturday or even next Tuesday.

‘It’s caused us a little bit of an issue (Pompey call off) but you’ve got to get over these things.

‘It’s no good moaning about it; obviously it’s not ideal, the only thing is that some teams are calling games off so there might be a team out there we can play.’

Rix joined the Gunners as an apprentice in 1974 and turned professional the year after before making his debut for the club against Leicester City on the 2nd of April 1977, and marked it by scoring the opening goal.

Rix immediately became a regular on the left wing area of the pitch, replacing George Armstrong and formed a superb attacking midfield with Liam Brady, and this helped Arsenal to three successive cup finals between 1978 and 1980.

Arsenal only won one of these, in 1979 against Manchester United; the final score was 3–2, with Rix crossing for Alan Sunderland’s last-minute winner, just seconds after the Red Devils had equalised to level the score 2–2.

Arsenal reached the Cup Winners’ Cup final the following season, against Valencia; the match finished 0–0 after extra time – a penalty shootout ensued, but Rix missed his kick and Arsenal lost. After the departure of Liam Brady to Juventus that summer, many thought Rix would also leave, though he stayed at the club, and became captain in 1983. Arsenal’s form slumped in the early 1980s, Rix couldn’t claim any silverware as skipper, though Arsenal did win the 1986-87 League Cup; but Rix was not part of the squad for the final against Liverpool but he contributed three appearances en route.

A series of injuries to his achilles tendon kept Rix out of the team in the mid-1980s, and he lost his starting place in the side to Martin Hayes, before going out on loan to Brentford, was released in 1988 and all, played 464 times for the Gunners, scoring 51 goals.

After leaving Arsenal, Rix was the subject of offers from Sheffield Wednesday as well as Queens Park Rangers, but he instead signed for French club Caen, where he would spend three years before transferring to Le Havre, and then played for Dundee before announcing his retirement as a player in 1993.

Rix became Chelsea youth team coach in mid-1993, during an injury crisis, he was briefly enlisted as a player for the club, playing a solitary Premier League match in May 1995 against his old side Arsenal.

Rix became assistant manager in 1996 under new boss Ruud Gullit, and continued in the same role under Gullit’s successor Gianluca Vialli, winning the FA Cup in 1997, and the League Cup and Cup Winners’ Cup in 1998. He won the FA Cup again in 2000, before leaving the club, after a brief spell as caretaker manager following Vialli’s sacking by Ken Bates.

Rix went to Portsmouth between 2001 and 2002, where his enthusiastic style of management started well, though slipped off in the middle of the 2001–02 season. Poor results, including a 4–1 home loss in the FA Cup to bottom of the EFL Leyton Orient, meant that Director of Football Harry Redknapp was given more responsibilities until he eventually replaced Rix as team manager toward the end of the season.

Rix then managed Oxford United for seven months in 2004 but again their form declined quick during the last three months of the 2003–04 Division Three campaign: they fell from the automatic promotion places to ninth in the final table, failing to achieve a playoff place. He was sacked after their poor form continued into 2004–05, where he led the club nearer to the relegation zone than to the play-offs.

In November 2005, after speculation linking him with the manager’s job at Heart of Midlothian, it was confirmed that Rix would take over at Tynecastle, officially taking the position of head coach on the 8th of November 2005.

Events reported in February 2006, by Scottish newspapers, suggested that Rix was unhappy with Vladimir Romanov’s “hands on” approach and speculation increased that Romanov was involved in team selection and on the 22nd of March 2006, Rix was sacked as manager after just four months in charge, with the club citing poor results as the reason.

On the 13th of August 2012, Rix was named the first manager of Central FC, which was a newly formed club founded by former Trinidad and Tobago international football player Brent Sancho, that competed in the TT Pro League. Rix got his first league win with Central FC in October 2012 with a 1–0 win over Police. Rix and Central FC parted ways through mutual consent on 21 December 2012.

In February 2013, he was appointed head coach of AFC Portchester but left the club in August 2017. In April 2017, Rix suffered a heart attack