Gary Lineker has been left “thrilled” with a new TV role confirmed after it was revealed that he was leaving BT Sport earlier this summer.

Two months ago, the former footballer surprised fans by making emotional announcement – though it does come with a positive for him and his family.

He has already stated that he has quit BT Sport to follow his beloved Leicester City in Europe next season with his sons, something he hasn’t had the opportunity to do so far.

Lineker, 60, announced the decision on Twitter this evening after joining the channel in 2015 to present their live Champions League coverage, with the final between Manchester City and Chelsea his last with the broadcaster.

“I’ve loved hosting the best club tournament in world football and I’m genuinely proud of being part of their truly groundbreaking coverage over the past 6 years.

“I would like to thank BT Sport for the generous renewal offer, but after much thought, I have decided to call it a day.

“I feel it’s time to do things that I’ve always promised myself I’d do: such as follow Leicester across Europe with my sons (how many opportunities will we have?).

“A big thank you to everyone at BT Sport, both in front of the camera and behind. You’re one hell of a team.

“It’s been a joy working with you. Well played.”

The ex-Barcelona striker has penned a multi-year contact with LaLigaTV ahead of the new campaign and will present key fixtures in the division.

Lineker will also feature regularly on the channel’s VIVA LaLiga studio programme, broadcast live from Barcelona, and will also be involved in promotional activities for the league.

“I’m thrilled to become a part of LaLigaTV, a channel I’ve watched every weekend for the last two seasons” Lineker said of joining the channel.

I thought after 32 years it was time to return to @LaLiga 👍🏻 https://t.co/QPvIta3dct

“I have fond memories of my time playing in Spain and very much look forward to sharing the excitement of La Liga with viewers in the UK and elsewhere.”

Lineker played in Spain for Barcelona between 1986 and 1989, and got on the scoresheet twice on his debut for the club and netted a hat-trick in the club’s El Clasico fixture against Real Madrid.

He also netted 52 goals across his three seasons at Camp Nou, winning the Copa del Rey and European Cup Winners Cup in his spell at the club.

The 24-hour channel will also have multiple magazine-style coverage, studio analysis from a number of Spanish football experts as well as showing older footage from classic games and players.

Melcior Soler, Audiovisual Director at La Liga, has said of the news: “Adding Gary Lineker to our talent pool is really exciting for La Liga fans.

“He has a vast portfolio of presenting experience and an in-depth knowledge of Spanish football.

“We look forward to witnessing the expertise, energy and passion he will bring to LaLigaTV.”

LaLigaTV is available to watch in the UK and Ireland on Sky (Ch. 435) and Virgin TV (Ch. 554) via Premier Sports, as well as Amazon Prime Video Channels and the Premier Player streaming services.

Gary Lineker will also host a new ITV game show ‘Sitting on a Fortune’, something which will be a very different experience for himself. 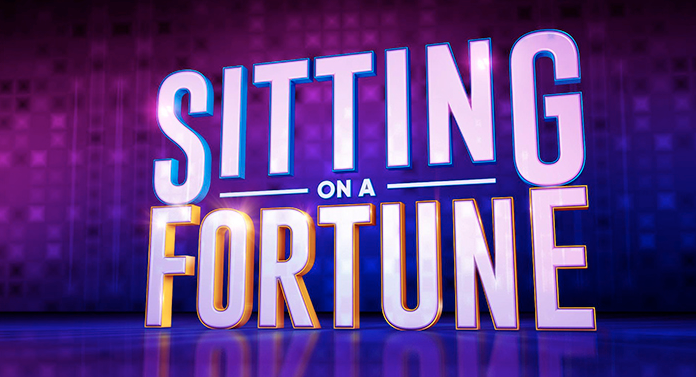 He said: “From the moment I heard about this new show, it sounded like an exhilarating concept. This really is high-stakes, high tension, high drama – everything a great game show should be. I can’t wait for the viewers at home to experience the fun and the excitement of Sitting On A Fortune.”

The quiz will have six players all trying to be in the right place at the right time to take away a potentially life-changing amount of money.

In the show, players will take to the stage and position themselves in a row of seats, one behind another.

Only the player in the chair at the head of the line will be allowed to answer questions, stay in the game and have the chance of winning the jackpot.

Each time a player gets an answer wrong, they are relegated to the back of the line, putting them in danger of leaving with nothing.

Katie Rawcliffe, head of entertainment commissioning for ITV, said: “We are delighted to be working with Gary on this new show that is all about players backing themselves and showing courage – something he knows all about.”

Much has been made of how much Gary earns at the BBC, but this year he signed a new five-year contract and agreed to a £400,000 pay cut.

Director General Tim Davie commented: “Gary Lineker has signed up to a new five-year contract saving a quarter over his last contract.”

Gary, whose latest deal keeps him at the BBC until 2025, added: “I love working with the BBC, and am very proud to continue to be a part of their outstanding football team.”

@ParkLaneBlock40: Stepping down from BT to spend more time with family and then announcing an ITV quiz show and now La Liga. 😆

@BlueDino38: La Liga already has the best co-commentator in Albert Ferrer, now it has the best host. Can’t wait to see you on there Gary.

@jimmygreen83: I’d love to watch La Liga again but, that is not a subscription I’m willing to pay out for on top of the other 24739,768 ones. Good luck though dude 😎

@CharlieLevy92: Thought you wanted to spend more time with your kids?

@Gooner8Girl: I was literally going to say this. He can what he wants of course. But he made such a big statement about travelling to watch Leicester with his kids in Europe, that this makes you give him the side-eye

@sbinn286: Getting paid to wank over Messi. Fairytale stuff.

@chadclarke1990: If Jermaine jenas takes over MOTD I’ll be fuming

@turnipvindaloo: Games shows on ITV and now LaLiga – are you building your pension pot up ready to retire?

Welcome back to La Liga Gary. We’ve missed you and it’s been quite a while. 👍🏻 pic.twitter.com/FSe6dBJhY9