A former Premier League player’s career ended aged 26 due to having a battle with alcohol battle according to reports.

In an exclusive interview with Sky Sports, the ex-Republic of Ireland international Keith Treacy reveals how his addiction stopped his time within football.

He hopes others will learn the lessons that he learned before it gets too late, sharing his experience and more to highlight the issue.

Everything was going for this lad, he was a footballer with plenty experience of playing in the Premier League, earned himself caps for his country and a salary that most of us can dream of.

However inside Treacy was battling personal demons, and that was alcohol and depression at an age where he should have been in his peak years, but instead he walked away from the beautiful game.

He was just 26 when he quit from the professional game, leaving Barnsley and never played a game in England again.

Whilst being on his own, his dinner was a bowl of pasta and for dessert it was a bottle of vodka and whisky. “They were both gone in the morning.” Alarming in any circumstances but particularly when Treacy was due to play at Preston on Boxing Day. 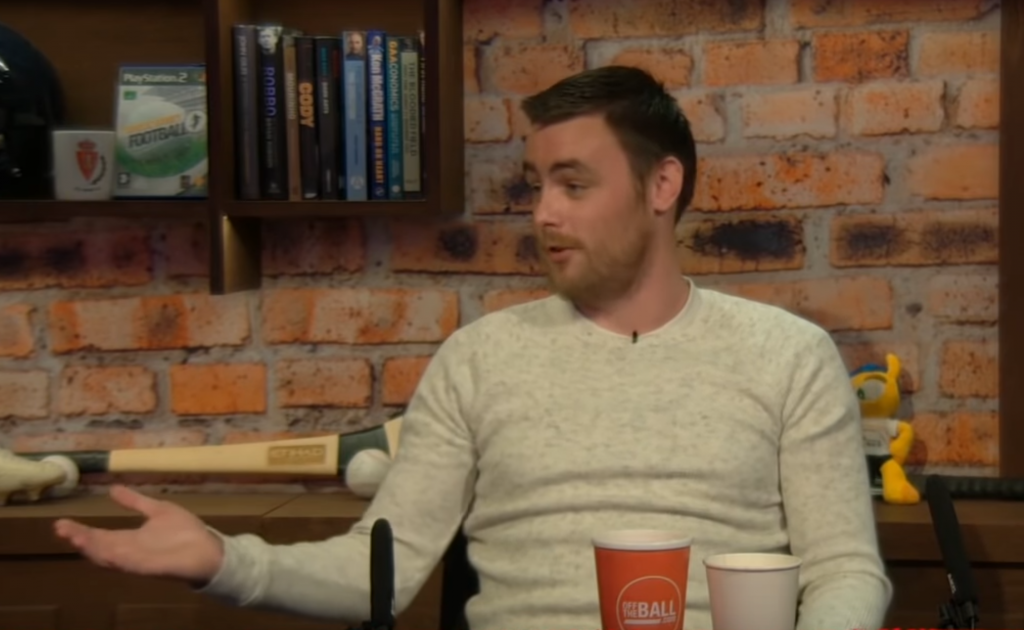 “I woke up with the door being knocked by the driver who was going to take me to the game. There was blood and sick all over my sitting room where I had passed out. There was just that much harsh alcohol going into my system that I was vomiting blood.

“He actually wanted to ring my mother and father because I was not in any fit state but I had a shower and sat on the bench at the game. I actually did the warm-up but as I turned to sprint, the people in the stands were getting blacker and blacker.

“My peripheral vision was coming in and in. It was like tunnel vision. I told the gaffer that I had flu and could not play. He told me to sit behind the dugout and stay away from the lads.

“I jumped on a plane to Dublin and I never went back.”

He added: “Did I ever enjoy it? Not really. I never came off the pitch thinking I had really enjoyed it.

“I was asked not so long ago what my ambitions were. When I was a kid it was to play in the Premier League and play for my country. I did not put a goal of 100 caps on it. I was not very ambitious with my thinking. By the time I was 21 I had done it.

“The fire really did start to go out in me at that point. I just was not hungry any more.

“I was doing well financially and the drink took hold. I had reached the top of the mountain and everything hit me all at once. I started to get a bit heavier around the waist.”

Treacy made his top flight debut for Blackburn Rovers back in 2008 and was handed his Republic of Ireland cap two years later.

He came off the bench and made his way onto the pitch as a substitute during a friendly game against Argentina and despite impressing against the likes of Lionel Messi, Treacy admits to feeling very little emotion about the fixture.

After the game he went down into a local pub to meet his Grandfather and handed over his shirt without a second thought.

He said: “I remember everyone calling me and saying, ‘You played against Messi and Di Maria.’ I just wasn’t interested. I just wanted to go.

“I walked out of the stadium, down to the pub, gave him the jersey because it was around his birthday, and we had a few pints. I could probably tell you more about the night in the pub than the match itself.”

On his alcohol addiction, Treacy has admitted that most of the time he drank to forget: “I was not drinking because I liked the taste.

“I was drinking because I wanted to black out and forget, get up in the morning, get the football out of the way and do it all over again. Rock bottom was waking up in bed and all I could think about was going back to the pub. I think I was at the point where I could have lost my life with it. I was drinking to hurt myself.”

Thankfully, Treacy is now in a much better place, mentally and physically, living back in Ireland with his family. And rather interestingly, despite a long break from the game, he has not ruled out returning, though, he insists it would strictly be on a part-time basis. Here he is scoring for St Patrick’s Athletic in 2016…

For current footballers who are going through the same type of issues that he experienced, Treacy’s advice is to reach out and ask for help.

He added: “I have no agenda, I don’t want to be plastered over social media and I don’t want money. If I can help someone cope with the demands of the game, anything like that, I want to do it. If I can make a young player feel a little bit better about himself then my job will be done.

“Anyone who thinks that I might be someone who could relate to them, please do get in touch because I am not here to judge or to tell your manager. Maybe you will go on and do brilliantly with me having played a small part. That would make me feel great.”

@JackWalters92: Remember his goal for Sheffield United against Leicester a few years ago. Thought he was a good player. Good luck to him.

@jeddhepple: Shame, always looked a good player for us

@iampav: Terribly sad. It speaks volumes about the mental side of the game. Some players give an air of resilience but surely there are more like Treacy battling demons.

@TommoClaret: Wow… that explains a lot from his time with us. Incredibly sad read but glad he’s back on his feet now

@ThomasEvansAdur: Wow. Feel for the guy.

@MarkWhittle1: An interesting article. I had high hopes for him when he was at #Rovers

@TomMarsland: Blast from the past, sad to see he had those struggles

@Tom32156Phil: Looked a handy player when he was younger but the ‘next Damien Duff’ tag did him no favours.This is why young athletes and even young kids these days need to be schooled in mental toughness as much as physical. Talking is the way forward, melting and encouraged offence isn’t!

@mrbishi1875: A really sad story, he was such a talented player, living miles from home at a young age and the professional game beat the enjoyment out of him. Massive money and pressure taking away the game aspect of football

@Yardie742: Wow – a story straight from the heart without any frills….well done Keith Treacy and try to keep on the straight and narrow, for yourself, your Friends and Family.

@Theunknownguy94: His honesty is commendable, just shows that it can happen to anyone. #RecoveryPosse

@Gil_91_Corbey: Pretty sure he scored an absolute screamer in the league cup against us for Preston about 10 years ago. Some talent. #bcafc

Narcotics Anonymous
Narcotics Anonymous is an international, community-based, non-profit fellowship of men and women for whom drugs had been a major problem – recovering addicts who meet regularly to help each other stay clean.

Release
A national centre of expertise on drugs and drugs law providing free and confidential specialist advice to the public and professionals.
Opening hours Mon-Fri 11am – 1pm and 2pm-4pm

Alcohol Concern
The national agency on alcohol misuse. Its information service holds information on a wide range of alcohol-related subjects.

Port of Call
Port of Call is a website and helpline for anyone affected by addiction.