Former Everton player Andy van der Meyde admits he one had a ‘gay moment’ with Zlatan Ibrahimovic and was punched for it.

The bizarre bit of antics came while he was asleep on Ajax’s team bus – which triggered a furious reaction from the Swede.

The Dutch player, who racked up 24 appearances during his four-year spell at Premier League outfit Everton, shared a dressing room with Ibrahimovic between 2001 and 2003 at Ajax. 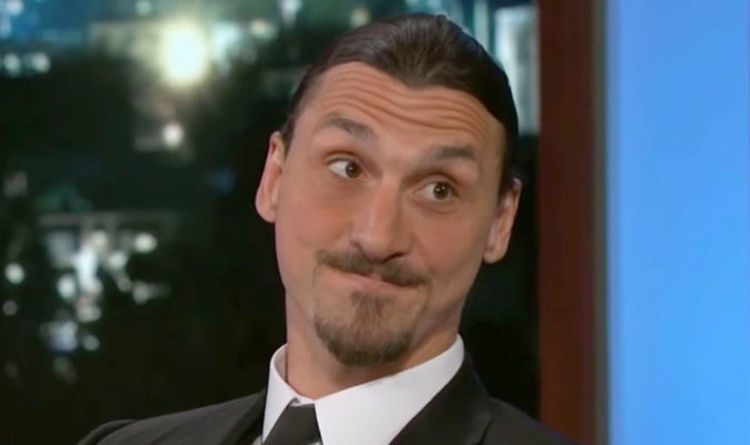 He has previously spoken about his complex relationship with the outspoken striker, revealing that he often threatened to break his team-mates’ legs.

And now Van der Meyde has opened up on another story about Zlatan, who threw a couple of punches when he kissed him on the team bus.

Speaking on Dutch TV show VTBL, the former Netherlands winger said: “I used to sit next to Zlatan on the bus when we were at Ajax.

“One time when he was sleeping I got gay tendencies and I just kissed him on the mouth.

“Seconds later I got a few punches thrown at me.”

Ibrahimovic is known to be some sort of a hot-headethroughout his iconic 22 year career, particularly in his time at Ajax.

Van der Meyde even admitted in a 2019 interview with FourFourTwo that the 6ft 5in frontman often made dangerous threats to break his team-mates’ legs in training.

“Yes, he did say that, but Zlatan said it to everyone,” he said.

“It’s also true that around that time things just weren’t working between the two of us.

“But I would rather be in a team with people who are honest, like him, even if it means there are a few arguments.

“But there wasn’t a specific moment we fell out. We generally didn’t get along well.”

Ibrahimovic scored a total of 48 goals in 110 games for Ajax before securing a move to Juventus in 2004.

He has since gone on to represent a host of giants, including Inter Milan, Barcelona, Manchester United, AC Milan and Paris St-Germain.

Andy Van Der Meyde 🗣 “I played for Everton for four years… it was shit. There were only two players who could play football.” 😂pic.twitter.com/PXGQKvUzbx

Van der Meyde meanwhile was married, a relationship from which he had two daughters, but did have an affair.

In November 2012, following the publication of his biography, he gave a series of media interviews, including with The Times in England, in which he admitted to a long term series of personal problems: after a difficult first year in Milan he spent a long time on the bench in his second year, and began drinking. After being offered the chance to join AS Monaco at the end of the season his wife, who liked to keep animals, rejected the prospect of living in an apartment, so he moved to Everton

Injured upon arriving, he played regularly for a period after regaining fitness, go injured against Manchester United; was in rehabilitation for six months, after his newly born daughter was hospitalised for an equal period, he again turned to alcohol.

In his second year at Everton, Van der Meyde’s wife and daughters returned to the Netherlands to enable his youngest child to have access to hospital treatment and to maintain close ties with family members.

Van der Meyde began an affair, which his wife discovered after she paid a private detective to follow his activities; this resultantly lead to his divorce, and also a break-up with his girlfriend.

After his contract with Everton was terminated at the end of the fourth season due to recurring injuries, personal problems, and falling out with manager David Moyes, Van der Meyde remained as a resident of Liverpool for a year, moving in with a friend he began a downward spiral of drink, excessive gambling and drug taking, including cocaine.

Realising that he was in a depressive state, Van der Meyde agreed with his agent to return to Amsterdam, who negotiated a training agreement with former club Ajax. This allowed him to turn around his life, and regain contact with his ex-wife and children.

On 24 May 2014, Van der Meyde refereed the Lingerie World Cup, which the Netherlands won on home soil.

When Aston Villa’s Anwar El Ghazi was linked with his former club back in 2019, Van der Meyde advised: ‘Don’t do it. What a s*** club. Don’t do it! There you go broke. Just look at me.’

Now it seems the former player is telling various media outlets about his experiences within football, just a few surprises then.

dannydragz_uk: Golddust blowing kisses at stone cold and getting stunnered

@Swindon_Gunt: Andy’s had a drink again

@Shreya_Elle: Wtf bro. Did he know about a thing called consent?

@LifeOfPhelyx: Hope it was multiple slaps

@AfcJosh23: mf just snaked on himself for sexually harassing someone

@Mis_Neyney: ‘Once he was sleeping I got gay tendencies’ WHAT? This is sexual assault.

@NketiahsSister: Why would he reveal this?? Should’ve just kept this shit in the closet lol

@ArsenalKayin: Is that not sexual harassment?

@frank__97: He deserved more than a slap

@Glockieeeee: This is spinning me

@StaceTheKing: What the hell?? Where is the consent in this?

@LawrenceSciambr: My dude just said he assaulted a guy.

@LickshotLippy: ‘Once he was sleeping I got gay tendencies’ LOOOOL what?

@rxwntree: So you sexually assaulted your team mate .. He slapped you … Years later your selling a sex story!

@GannetPaul: Yeah… sexual assault will occasionally get you a beating.

@JamesCCFC_: what the fuck did I just read?

@SLOTHMUFC: NAH WHAT IS THISSSS

This is what this meme was made for pic.twitter.com/wTaGtamac1