Fire breaks out at the Tottenham Hotspur stadium

A fire breaks out at at the Tottenham Hotspur stadium on Thursday morning, with the response crew investigating what happened.

Spurs were forced to perform an emergency evacuation of their ground with 300 people having to vacate the area for a short while.

A blaze reportedly broke at the Tottenham Hotspur Stadium at around 10am, prompting an immediate call to the London Fire Brigade who raced to the scene to put it out. 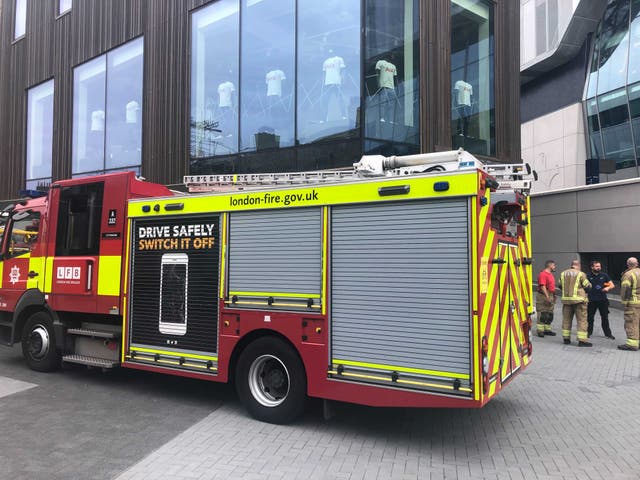 There are thankfully no reports of any injuries, with all those who had been in the nine-story building – which has also doubled up as a vaccination centre – said to be safe.

The force said that an air compressor was damaged, with the fire taking over an hour to put out by those who arrived in two fire engines from Tottenham Fire Station, and fans are now able to re-enter the club shop and queue for the Dare Skywalk, which are some of the may attractions for supporters and tourists in the area.

Spurs aren’t due to play at the stadium until later this month, with their first match after the international break taking place away to Crystal Palace at Selhurst Park.

The club then welcome Chelsea to their relatively new venue on the 19th of September.

Tottenham, and the fire service, are yet to release an official statement, however various media outlets have reached out to them.

The stadium, situated in north London, is one of the more lavish grounds in the Premier League.

Costing a small fortune, the new ground was built to ensure Spurs stay part of the big six in the top flight.

“When I took over the club, Tottenham was not a club that was a regular European challenger,” chairman Daniel Levy said after the opening two years ago.

“Clearly, we are now and my dream is obviously to win. We want to win, and winning is both on the pitch and off the pitch, so we are going to keep going until we get both right.

“Everyone has different definitions of what is the best. In terms of the infrastructure, with the stadium and the training ground we are probably up there with the best. It’s up to other people to say if we are the best.

“As far as revenue standards, we will be in the top 10 clubs in the world. Can we do better? Absolutely, but in football it is not just about one person.”

A fire at Tottenham Hotspur Stadium is now under control, say the London Fire Brigade, with no reports of any injuries and 300 people evacuated 🔊👇 pic.twitter.com/LYiiXaBmYD

@KingMagnarm: Is their trophy cabinet ok?

@OP4C: Same number as would be evacuated from the Etihad on a match day

@wuds100: No Super League then insurance job it is.

@D_Simba94: Their season started off so hot that their own building is on fire. Go on spurs

@Pooliemags1Ttv: Heard their trophy cabinet was that dry it set on fire on its own #spurs

@d_coombsy: All built for an insurance job. What a play by Levy!

@Johnwal23876183: Nuno Santo was heard yelling oh no – the cups, the cups and the fireman replied it’s ok it hasn’t reached the canteen.

This was a close as I could get to the scene. pic.twitter.com/L1slxgbU1Q

Harry Kane did it pic.twitter.com/ZPkkBt98ik

Meanwhile, new boss Nuno Espirito Santo is loving life at the club right now, sitting top of the league and won all their games.

“I invite everybody, not only the players, but our fans to don’t pay attention to that.

“Don’t pay attention to that. Let’s keep on working, we still have a long way and a lot of aspects to improve on.”

The former Wolves boss was quick to hail his new club’s fans for their support during the 1-0 win over Watford.

When asked what has pleased him the most during his time in charge, he said: “Our fans. The way they support us when the team was in trouble. The way they start pushing. Really pleasing.

“You ask about all the things, that was the one. From the game? The organisation.

“I think we kept all the game the shape, the right triggers, the right moments to press.

“Much better in the second half when we recover higher up the pitch.

“But what pleased me is when we could not kill the game, we had chances to do so, we didn’t lose our minds, we stick together, and we were compact, we did not allow too many chances to Watford. That was good.

“The balance between these two aspects was good, and in the end, the way we managed the game.

“Something I didn’t like: we should be more clinical, I think we had enough quality and talent players to kill the game.”