Fans have been feeling outraged at a League Two match on Saturday afternoon being postponed 20 minutes before it was due to kick off.

Colchester United were set to ply host with opponents Rochdale at the JobServe Community Stadium, but a very late inspection sees the game called off due to a waterlogged pitch.

Referee Craig Hicks decided to call the fixture off just approaching 2:40pm, after heavy rain in North Essex left the pitch soaked, some fans are sceptical that the conditions were fine with the ball still rolling fine.

Mr Hicks and his officials informed U’s head coach Hayden Mullins and his opposite number Robbie Stockdale of the decision on the pitch, prior to it being announced.

At 2pm, when all the starting lineups were getting revealed, it was announced that there would be a pitch inspection with 30 minutes until kick off.

After another look, the officials weren’t happy with what they were seeing and with the decision made, fans are now left feeling like it was an afternoon wasted, while others are looking at potentially getting to a non league game nearby with Stanway Rovers in action at home to Saffron Walden Town.

Prior to today’s League Two action, Colchester sat 20th in the League Two table after 21 matches played, with Rochdale 17th.

It is the second League Two fixture on Saturday to be called off, with Oldham’s home game against Sutton also forced off due to rain.

Mr Hicks told Col U TV: “It was a very difficult decision.

“On arrival this afternoon at 12.45pm, I went and inspected the field of play as we normally do.

“I was quite concerned about a few areas of the field of play that had a lot of surface water on them.

“I spoke to both clubs and we agreed that there would be an official inspection, at 2pm.

“I went back out there at 2pm and there were signs of improvement but still had a lot of surface water, on the field of play.

“The areas of concern were on the far side as you come out of the tunnel and the nearside, by the tunnel area as well.

“Obviously we have to take into consideration the players’ safety.

“That’s obviously paramount and obviously in terms of the game itself, we didn’t want it to become a farce if we play etc.

“We felt that maybe we could delay the inspection to maybe delay the kick-off to give it every chance, because everyone here today wanted to play a game of football.

“We inspected at 2.30pm and the groundstaff have done an incredible job.

“However, it was just not safe to start and finish that game of football, this afternoon.” 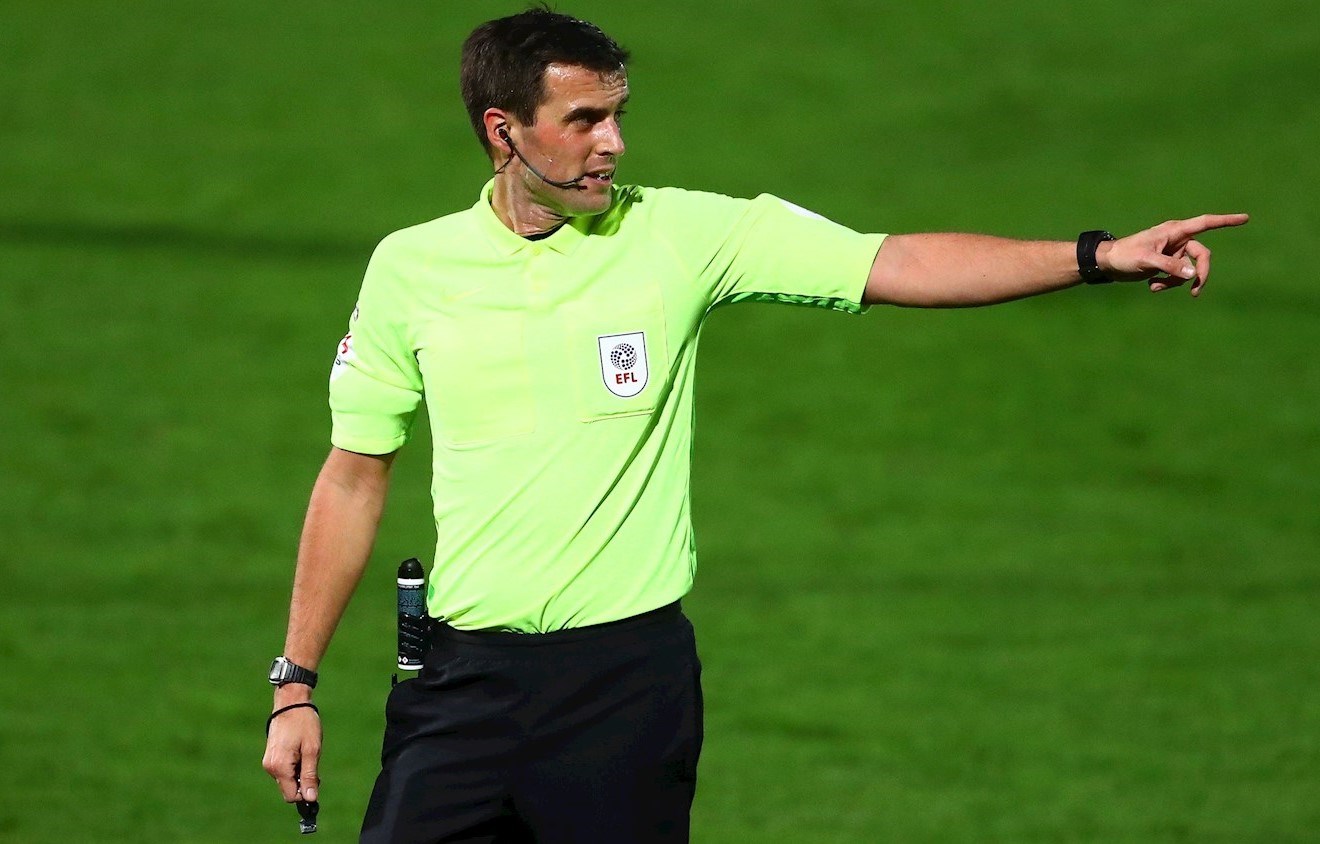 “It was frustrating because we hadn’t had a home game for a long time.

“We really wanted to get out there but the elements haven’t allowed that today, so we’ll have to rearrange the fixture and look forward to it then at some point.

“I can understand the reason behind the decision but we wanted to get the game on and it was one we were looking forward to.

“There’s a backlog and the game has got to be fitted in somewhere along the line, so we’ll be stretched I’m sure in the coming weeks.

“I think the referee gave it as long as he could.

“He (referee Craig Hicks) had an inspection at 2pm and myself and Robbie Stockdale, the Rochdale manager, asked for a little bit longer.

“He thinks it’s due to rain again and there is a lot of surface water, which does make it dangerous so I understand the decision.

“I think the decision has been made on health and safety and the fact that it could get worse.

“A lot of work went into getting the game on – a lot of guys have tried to help get a lot of the surface off.

“But there is a lot of surface water on there and when you walk on there, I’d imagine if the game did start, after the first 15-20 minutes the pitch would probably cut up and it could have been a bit of a farcical game.

“So I understand the decision.”

Mullins added: “When I first walked out there – I think it was about 1.30pm – and I saw the ref going out there, I was surprised.

“It’s a different game now to five or ten years ago.

“The referee has got a job to do and the last thing we would want is to play the game and for something to happen to one of our players or to give a silly goal away by the ball stopping in the middle of a puddle and then them running through and scoring.

“We came, we prepared, we haven’t played at home for a long, long time.

“The big thing is that we’ve got a backlog of home games, coming up.

“We should have a block of home games at some point which should be good and hopefully we can make that count.” 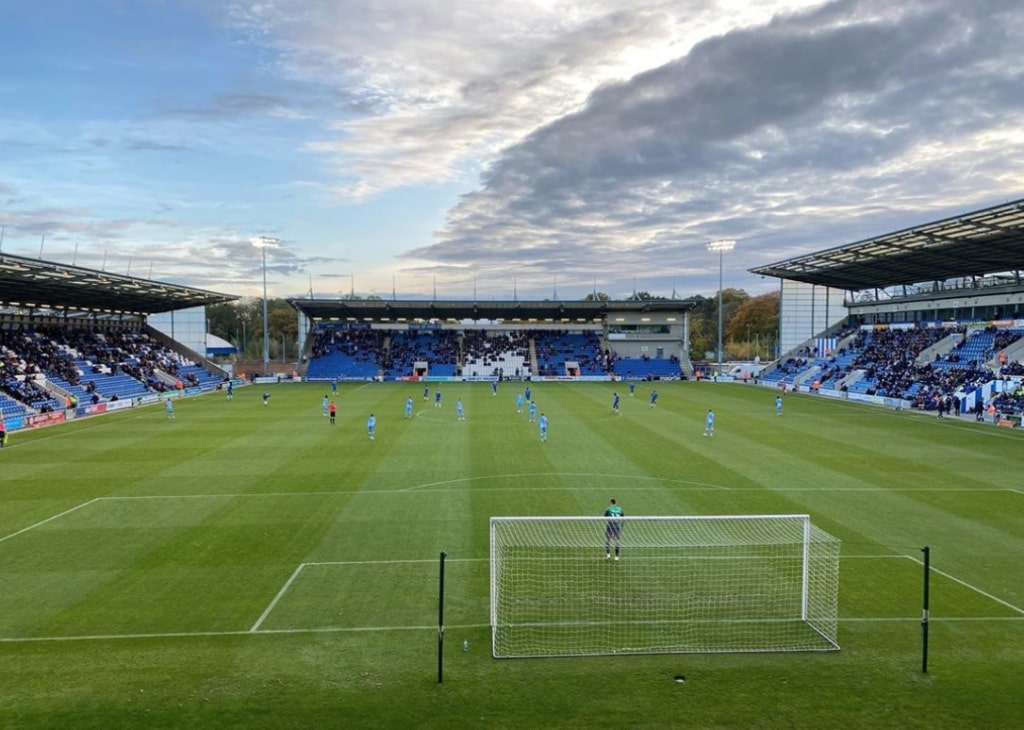 A huge amount of fans were outraged at the League Two match being postponed 20 minutes before kick off, see what they wrote below…

@kieranmasters21: Probably the worse away day I’ve ever been to feel sorry for the Rochdale fans

@penning639: All that way to be postponed for Rochdale fans

@cllrsammccarthy: Rochdale fans, stick around, go to the pub! So unfair on them.

@Ben_m_1234: Get on the phone to @BarrowAFC fellas and get some Henry Hoovers ordered! Can do a ‘ anyone fancy a 4pm signing? 🖊’ tweet then

@slowe66: So glad I made the choice not to travel today now

@penning639: All that way to be postponed for Rochdale fans

@TheLatestColU: Poorly handled and communicated. Weather isn’t even that bad, but feel for the Rochdale fans a game should never be called off this late

@darrell_ben: 20 mins before kick off. That’s gotta be a record surely 😂😂

@Arsenal_colufan: I’ve seen games here where that ball doesn’t move, on that pitch, that ball was moving fine to me

@UrsoPardo37: Why the late call off?? No consideration for the fans for both teams

@Alex_Red_87: Shambles whoever left it this late

@jgrantham18: Embarrassing from us.. we didn’t have a cover on it over night either. We’re tinpot

@TAB_FB: Cancelling that late is poor, feel for everyone who has travelled. Worst thing is, non-league games nearby are still going ahead…..

@Mike_Fair75: Club goes from bad to worse. We have had light rain up here all day nothing to heavy though. Clearly the pitch was in a poor state before today. Why no pitch inspection last night or during the AM. Feel for Rochdale fans.

@cufcfan1: Terrible having to stand & wait in the cold not knowing what’s going on!!

@Harryjking01: Embarrassing no consideration for their fans

@bcks109: Absolute tinpot. Feel sorry for the @officiallydale fans who have travelled down for the game. Least you can do is pay their travel costs.

@Forthemanynott5: I appreciate your groundspeople have probably spent the last two and a half hours checking the pitch but 25 minutes is a disgrace

@KirstyRhodes8: @officiallydale @SimonGauge whilst I realise this is not your fault I hope you are going to make sure that those travelling fans are not out of pocket and @ColU_Official recompense them for travel as well as tickets. Who can go to Colchester on a Tuesday night! Very poor.

@nickandrews11: Unfortunately our club @ColU_Official is a bit of a joke on and off the pitch at the moment; hope the Rochdale fans are suitably compensated

@jpwood14: @ColU_Official absolute disgrace from Colchester! Should reimburse all the Dale fans that made the trip down this morning! To call if off at such late notice! Fans being treated like shit yet again!

@_bradmorris_: sorry boys our club is a joke, safe travels to the travelling supporters who made the trip

@Colutdmark: I am so so sorry Rochdale

@TomWilebore: @tom_harridence 400 mile round trip called off 30 mins before kick off. What a joke

@JOEWILLS13: CUFC = tinpot club for failing to get today’s game on which is the last thing I want as in recent weeks lots of games have been postponed due to Covid, it should have been postponed yesterday to get it over with quicker and give people plenty of notice of the postponement.

This was going to be Freya’s first ever Dale game!! She’s not so smiley now. 😞 pic.twitter.com/KAkw8sZUd8