Fans have took to mock Wayne Rooney as he breaks his silence on those leaked photos which went viral on social media over the weekend.

Images surfaced online on Sunday, showing England’s record goal-scorer asleep in a hotel room surrounded by a group of young women, leaving many with so many questions.

Cheshire Police confirmed on Tuesday they would not be taking action against a complaint of blackmail made regarding the pics, after Rooney’s representatives believed there had been an illicit attempt to entrap him.

Speaking about the matter after Wednesday night’s game against Real Betis, as seen on video below, Rooney said: “I would like to apologise to Derby County Football Club, to the fans, also to my family.

“I went to a private party with two of my friends and from me, I’d like to apologise to my family and the club for the images which were going round and I want to move forward on this.

“I’m grateful to Derby County for giving me this opportunity to get this club back to where it belongs, and I’ll do everything in my power to make sure I do that.

“It’s dealt with. I’m looking forward to moving forward and preparing for another game on Sunday.”

“I’d like to apologise to my family and the club for the images which were going round.”

His comments come just hours after he paid a ‘nominal’ fee to Brooke Morgan, Elise Melvin, both 21, and their pal Eleanor Hoggarth, who have apologised to him and ‘volunteered to hand over all pictures’ having admitted they got ‘carried away’, according to the footballer’s spokesman.

Rooney now owns the copyright on the snaps that showed him passed out in a chair as the friends chose to muck around in their underwear in their £60-a-night room in Manchester last Saturday. One flashed her bottom next to the Derby County boss and then posted it online, captioning it ‘Mooney Rooney’.

A spokesman for Wayne Rooney said: ‘The three girls who took the photographs contacted Wayne’s lawyers and volunteered to hand over all pictures that were taken that night and the copyrights in them.

‘They have also, at their own suggestion, made a written apology to him for the events that took place and the embarrassment caused. These were three decent young women who went for a night out. They did not expect Wayne to end up in their company and are remorseful about how things turned out with the pictures.

‘They got carried away and did something they later regretted. They did not expect it to end up in the mainstream media after it was posted on social media and they decided to take steps to put things right.

‘It would be wrong to say no money changed hands because when a contract is drawn up there must be a sum and in this case it was a nominal £1.

‘They have fulsomely apologised because they wanted to do what they saw as the right thing and draw a line under the matter.’

Following discussions at Pride Park, it has been decided that Derby County won’t sack him with reports saying his job was on a knife edge. 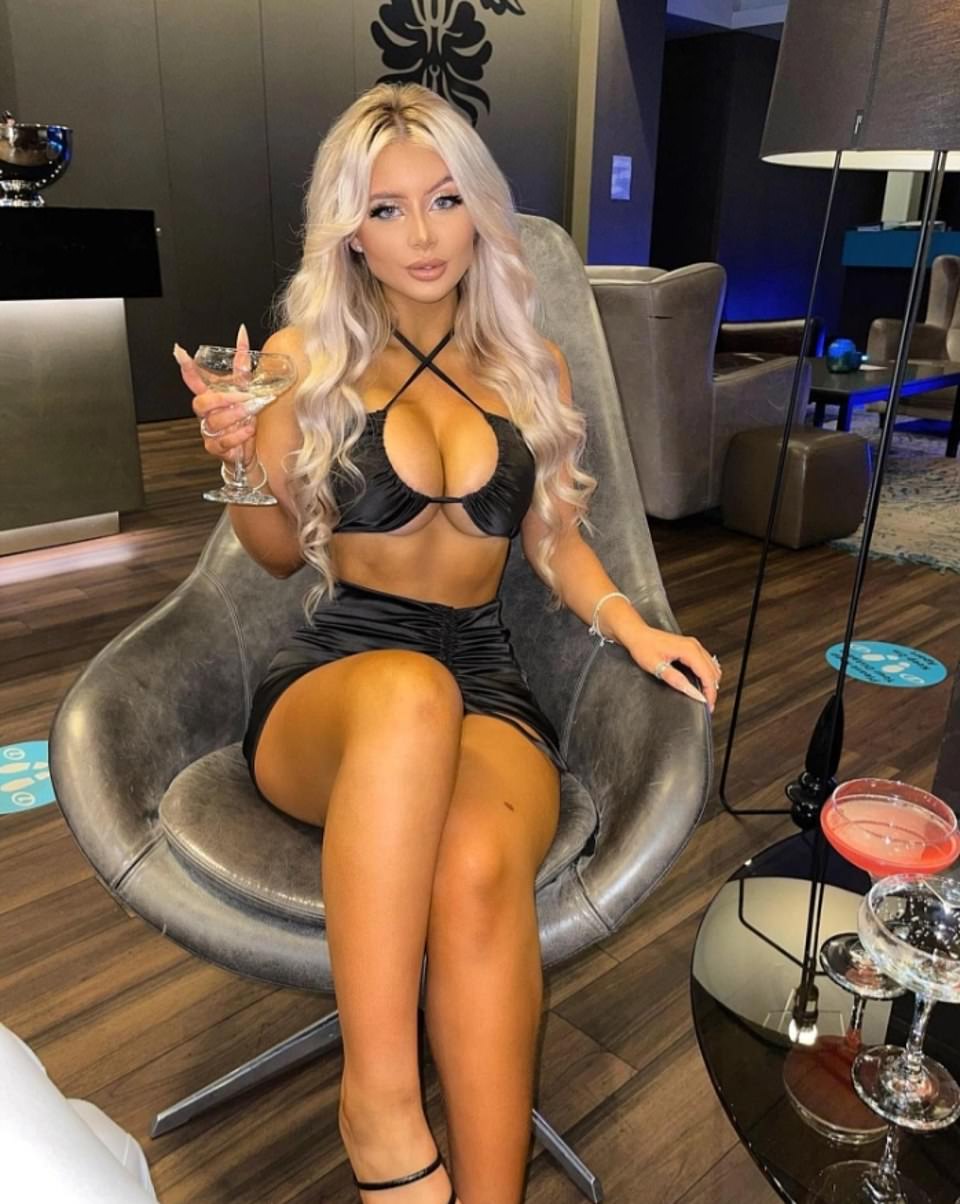 A source said: ‘How can he lead a group of young men when he cannot appear to control himself in public during a night out? This type of behaviour hurts the club’s reputation.’

Wayne Rooney’s net worth is estimated to be £122million, according to wealth website Celebrity Net Worth.

He reportedly earns as much as £90,000 per week from his job as a coach for Derby.

But earlier in the year The Daily Mail reported that Rooney had referred a portion of his wage to ensure his players get paid.

Rooney is on a two-and-a-half year contract, with similar terms to his playing deal.

However, he agreed for his wages to be spread over a longer period to reduce the team’s short-term outgoings.

The 35-year-old is the highest-paid employee at the club, and agreed that he wouldn’t receive his full salary while there is a possibility that players could miss out.

It was the first time Rooney had addressed the media since his tackle in training ruled Derby midfielder Jason Knight out for up to three months.

Derby have only nine senior players registered with the club and two of those are goalkeepers, with less than two weeks before the start of the new Championship campaign, and so Rooney has been joining in with training to make up the numbers.

However the manager went in for a 50-50 challenge with Knight while the team were training at Pennyhill Park in Surrey last week, injuring the Republic of Ireland international’s ankle.

Knight is a key absentee for Derby having played in all but three Championship games last season.

“With Jason, it was a training ground incident, which happens,” Rooney said. “I demand that the players train with a lot of intensity.

“Players get injured on the training pitch, unfortunately Jason did and I’m looking forward to having him back fit and ready for selection.

“That’s football. I demand that we train like we play, and if I put those demands on players, players will get injured.”

Derby’s small squad size is due to the club being placed under a transfer embargo by the EFL for financial breaches, with discussions ongoing over a relaxation of the restrictions.

Sky Sports News has been told Derby officials are currently in discussions with HMRC and the EFL and are hopeful new submissions of the club’s accounts will pacify the authorities and allow them to sign more players.

Reports have claimed that as things stand Derby are only able to make loan signings, which is preventing them from offering permanent contracts to players who have been on trial with the club during pre-season, such as Ravel Morrison and Phil Jagielka.

“We’re a little bit close to bringing players in… but still a bit off as well,” Rooney said.

“We need help – to bring these players in, otherwise we’re going to be in a very tricky position come next week.”

Asked if signing the five trialists that started in Wednesday’s friendly win would help, Rooney added: “We need more. That’s nowhere near enough.

“There’s certain situations which I can’t really go into in detail, but we need that help to allow us to bring more players in, because if not we won’t be on a level playing field with the rest of the clubs and it will be very difficult for us.

“If we don’t get the players in, then including academy players, I’ve got a starting 11 and three to go on the bench.”

Fans mock Wayne Rooney as he breaks his silence on leaked photos, see what they wrote below…

“And unfortunately, whilst reaching to close a cupboard up high, my trousers fell down. Upon this moment, a lady coincidently reversed into my groin and I entered her” pic.twitter.com/xMJ061quZG

Wayne Rooney when he gets home to the wife pic.twitter.com/LYvvE2i32D

The gift that keeps on giving! 😂 pic.twitter.com/VZOMVramwo

@joteddyuk: Seems to have to apologise quite regularly to his wife. I’d feel sorry for her but she clearly thinks more of their lifestyle than her self respect!

@sporteventsrmh: Can’t understand why Derby hired Rooney as manager. Yes, great player, but absolutely nothing about him says he will be able to manage. It’s like a brilliant flight attendant being asked to fly the plane. Derby deserve someone experienced and proven.

@miles_mcdermott: Whatever Derby do they must not sack him. That’s one relegation spot sorted.

@CraigAppleyard1: “I went to a private party with two of my friends and from me, I’d like to apologise for being caught to my family and the club.”

@JayeWestell: He always makes a mistake! His apology is well rehearsed seen as he’s used it 3 or 4x before. 🙄

@FretwellMartin: I’m sorry that I got caught again 😂😂😂😂😂😂

@zdpj_: Where’s them lot saying it was from years ago?

@robbiedono81: Blatantly went back to give them both a good stuffing but fell asleep haha such Wayne behaviour

@alanh1982: We heard it all before Rooney you never change

@AndrewFirth21: Feel sorry for his wife and kids, maybe one day he’ll put them first……probably not though

@NealHelly: Apparently they lured him there under the premise that their Grannies would be in the room, he was gutted when they didn’t show and fell asleep! 😂

@Godwin1Carl: He must be great at apologising now. Like water of a ducks back

@Ellison_Reed: Thanks for the annual apology for cheating Wayne. Looking forward to next years

@OnecoJohn: He never learns does he

@williamsnige: Just Rooney being Rooney, one day he might grow up but its not looking promising 🤣

@JohnCastle: Does this mean he was wasting police time?