One FA Youth Cup match had to be abandoned on Thursday night after an ’emergency on the pitch’ with the player rushed to hospital.

A young footballer was taken to A&E after suffering a ‘cardiac arrest’ on the pitch with fans being asked to leave the stands with a decision made not to carry on playing the tie between West Bridgford Colts and Boston United.

The game was being held at Regatta Way Sports Ground, the home stadium of the West Bridgford Colts in Gamston, Nottinghamshire, and eyewitnesses reported a player remaining unresponsive after receiving ‘multiple’ shocks from a defibrillator. 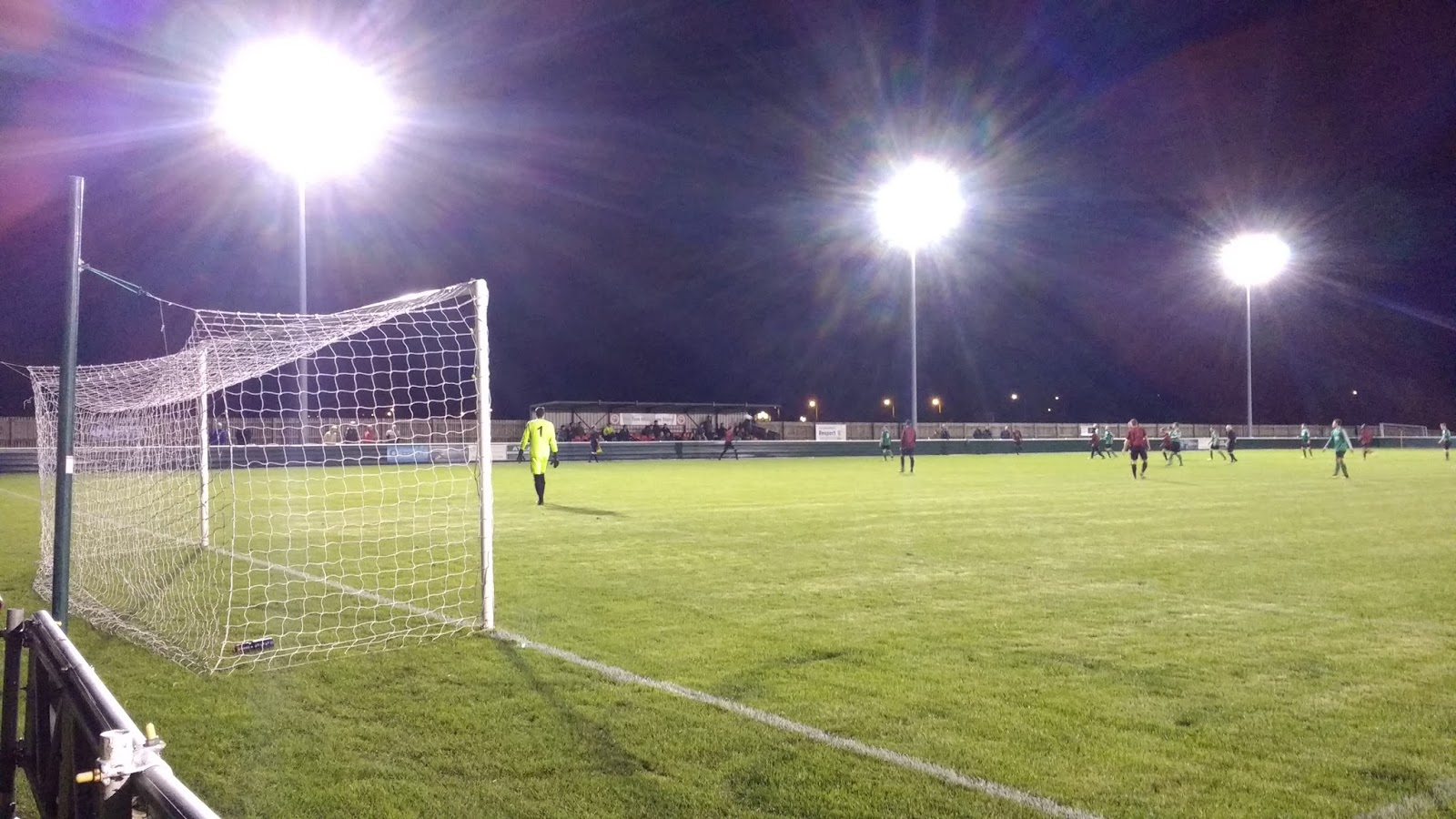 The player, reportedly a member of West Bridford’s team, has been taken to Queen’s Medical Centre in Nottingham as paramedics battle to save his life.

Three ambulances, including the air unit, attended the scene as emergency services rushed to revive him.

West Bridgford Colts wrote in a statement Thursday evening: ‘We can confirm that there was a medical incident tonight during our FA Youth Cup game against Boston United.

‘Emergency services were called out to our Regatta Way Ground after a player became seriously unwell and they are now undergoing treatment in hospital.

‘We would ask that you respect the privacy of those involved at this time and we will comment further when we feel it is appropriate to do so.’

East Midlands Ambulance Service said in a statement: ‘We received a call at 19.50 hours today to a medical emergency in West Bridgford, Nottinghamshire.

‘We sent two ambulances and a fast response car, and the air ambulance were in attendance.

‘We transported one patient to the Queen’s Medical Centre, Nottingham, by land ambulance.’

Boston United tweeted: ‘Tonight’s FAYouthCup fixture between West Bridgford and the Pilgrims has been abandoned.’

An update on tonight’s events at Regatta Way – provided by @wbcoltsfc. Our thoughts remain firmly with the player involved… ❤️🖤🧡 https://t.co/wDYOaQYU2r

Freelance football reporter Chris Williams tweeted: ‘Hug your loved ones, I’m at a FA Youth Cup game this evening where a young player has suffered a SCA.

A Nottinghamshire Police spokeswoman said in a statement: ‘Police were called to Regatta Way in Gamston just before 8pm on Thursday to assist with a medical emergency.

‘The incident is not believed to be suspicious.’

The 29-year-old Inter Milan midfielder suddenly fell to the ground towards the end of the first half at the Parken Stadium in Copenhagen.

Eriksen was given CPR by medics who ran onto the pitch with his teammates in tears watching on shortly after the incident.

He received 13 minutes of medical treatment and recovered. 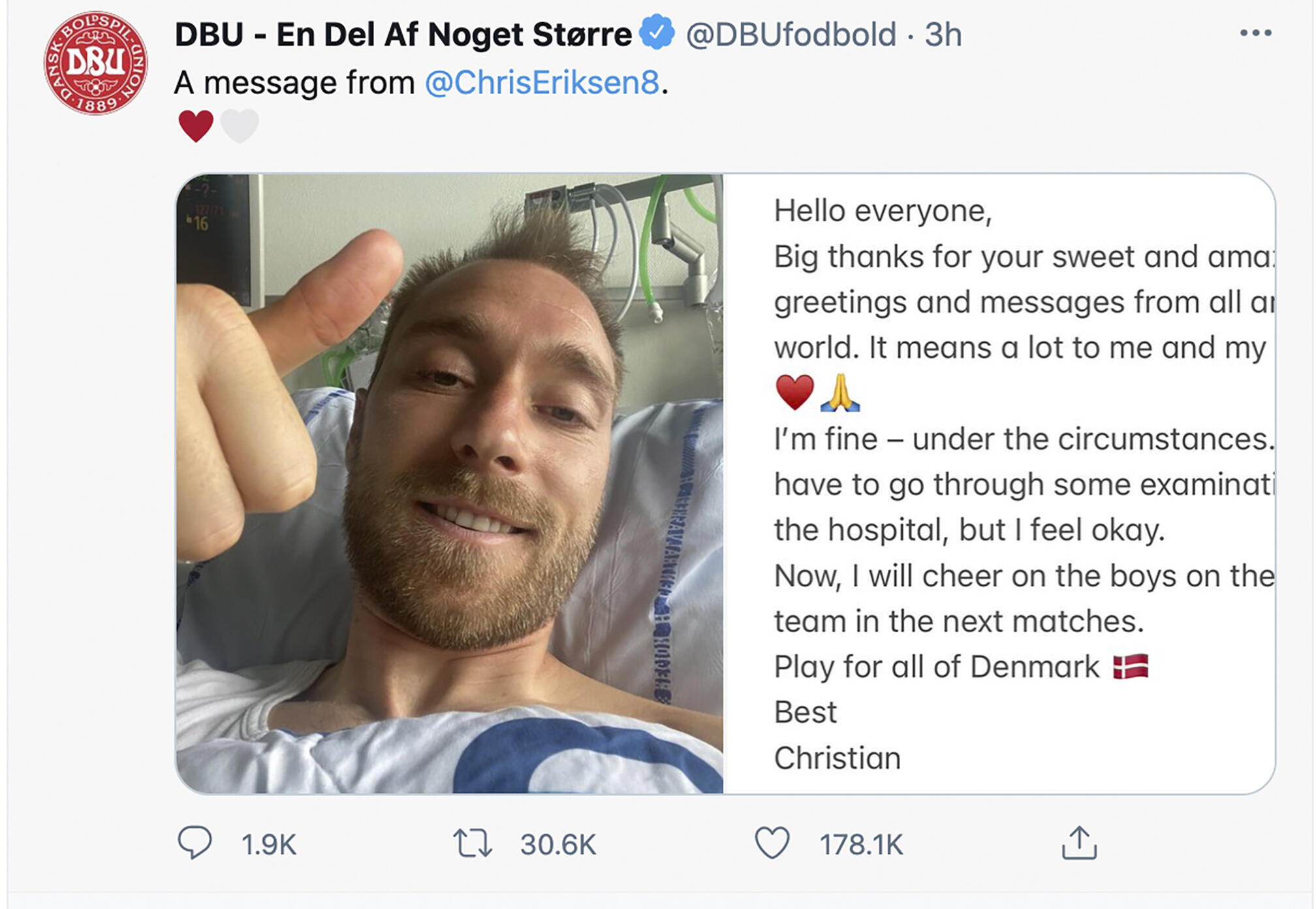 Campaigners have been calling for all grassroots football grounds and schools to be equipped with defibrillators following Eriksen’s frightening incident.

Many have done so, however others haven’t as of yet and this incident just shows how vital the need is to have them on standby.

Fans, staff and clubs reacted as the FA Youth Cup match was abandoned after an ’emergency on the pitch’ with the player then being rushed to hospital…

A lot of people with obvious concerns, can’t reply to you all, West Bridgford FC have released a statement. Fingers crossed this lad makes a full recovery. The club should be commended for the way in which the situation was handled. As professional as seen in Copenhagen. https://t.co/i2oi3NuNEe

@MJNashy: All thoughts with the player, the players family, those in attendance tonight and everyone at WBCFC. A great club.

@hinckley_afc: Sending our very best wishes to the player involved and to his family and friends – our thoughts are with everyone

@RobDuffy1: Thoughts and Prayers go out to the young player who collapsed after suffering a sudden Cardiac arrest in the West Bridgford v Boston in the #FAYouthCup tonight. Highlights further the essential need for #defibs and the continued hard work of @CRY_UK 🙏🏻

@Kyiz69: My heart sank when i heard about this. Our Thoughts and prayers are with everyone at both clubs, fans, his friends and family and the lad himself. Hope the young lad has a full and speedy recovery! from us all at Porto Plymouth FC 💚

@mrhogg666: It’s easy to forget Life is very precious and very short, shame it sometimes takes a tragedy to remind us. Fingers crossed he’s ok. Have to hug/love your loved ones everyday possible

@jamiebennett_r: Got everything crossed he makes a full recovery

@JoshMcCluskey8: Hope the lad involved is okay and pulls through… Never, ever nice hearing of someone having a cardiac arrest, expecially someone so young 💔

@indiechick79: Thoughts and prayers for this young lads recovery! It sounds like the response and swift action at the ground could have saved his life.

@hunterharrier: Thoughts and prayers for the player concerned and his family and friends