All matches will be in a single-match knockout format, with the winner decided by penalties if the match was drawn after 90 minutes, apart from the Final where the winner will be decided by extra-time and penalties if the match is drawn. This is the same format as the 2020–21 season which was a change from previous seasons where replays were used and where the semi-finals were scheduled as two-legged.

Winning clubs at the first qualifying round will receive a total of £1,500, whilst the losing sides get £400. The 2nd Qualifying Round will take place on Saturday 9th October and we’ll bring you the draw on Monday.

The game of the day came at Sporting Khalsa who fought hard in playing out at 6-5 victory against Dereham Town.

The Northern Premier League Division One Midlands hosts stormed to 3-0 by the 26th minute thanks to goals from Jumaane Meggoe (7′), Jake Gosling (24′ pen) and James McGrady (26′).

Toby Hilliard of Isthmian League North Division side Dereham got one back on the 27th minute before Gurjit Singh restored Khalsa’s third goal lead 10 minutes later, only for Toby Hilliard to get his and the away side’s second on the stroke of half time. 4-2 by the break.

Adam Hipperson gave Dereham some extra hope of advancing through, scoring on the 56th minute to make it 4-3, however Gurjit Singh was on target to make it five for Khalsa with 10 left on the clock.

Toby Hilliard completed his hat-trick for Dereham on the 84th minute, however Sporting Khalsa’s Jake Gosling got his second, with Dereham’s Adam Hipperson getting a consolation from the spot on the 90th minute with the final score 6-5 to the hosts. 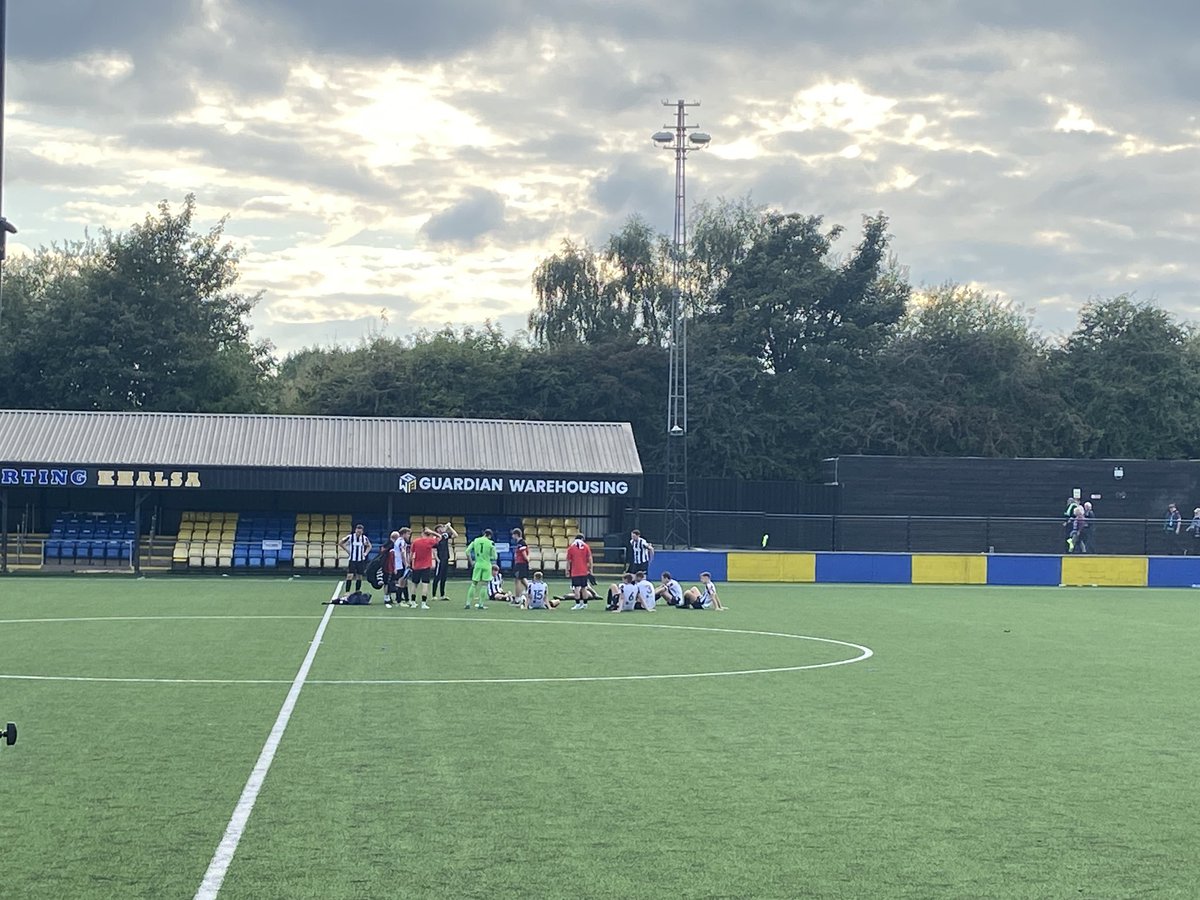 Newly formed sides FC Isle of Man and Bury AFC advantaged through to the next stages of the FA Vase.

The Douglas based club, who play their football in the North West Counties League Division One South won 3-1 in their first ever cup tie in the competition.

On the 10th minute, Whitley’s corner was met in the box by Jack McVey who headed it into the back of the net making it 1-0 to the IOM side.

Two minutes later, the ball was back into the Avro box, chipped back over by Whitley and nodded onto the bar at the back post by Murray!

That was followed up with a quick break and the home side pulled one back.

Then on the 25th minute, Dan Simpson raced through and had enough pace to beat his man and calmly slotted past the keeper into the bottom left! 2-1 Isle of Man.

The win was wrapped up on the 52nd minute when a corner whipped in from the left was met by Sean Doyle to head home from 8 yards.

Bury AFC on the other hand had been taken to penalties following an entertaining 2-2 draw.

The 28th minute saw Maltby Main open the scoring, Austin broke through the Bury back line and crossed – it fell to Macgowan at the back post to slide it in.

On the 40th minute, a stinging free kick fired in by Chippendale saw Wharton get in front of his man to bullet a header past Bailey in the Main net.

Just minutes into the second half, it was a beauty of a ball in from Jake Kenny on the left, and Brazel thumped a header confidently past Warhurst to give Bury the lead.

The 69th minute and Maltby went level – a long ball bounced in the middle of the area, and Jamie Austin managed to poke it over Atkinson and into the net.

With not long left on the clock, a red card was handed out for Connor Cutts as he reacted badly to a super tackle by Aidan Chippendale – it was a long walk to the far corner for him, and Maltby were down to ten men.

Penalty kicks it went to and Bury won it 4-3.

The 2021–22 FA Vase is the 48th season of the tournament, an annual football competition for teams playing in Levels 9 and 10 (steps 5 & 6) of the English National League System. The competition is played with two qualifying rounds followed by six proper rounds, semi-finals, and the final played at Wembley Stadium. All ties this season were played to a finish on the day. For this season there were no replays in any of the rounds to minimise fixture congestion due to late start of the football season brought about by the pandemic. If games finished level after 90 minutes, the match was decided by penalties to find the winner of the tie, apart from the Final where there were 30 minutes extra time (15 minutes each way) followed by penalties if still level after the extra time period.

Winning clubs at the second qualifying round will receive a total of £675, whilst the losing sides get £255. The First Round Proper will take place on Saturday 23rd October and we’ll bring you the draw on Monday.