An ex-Premier League star, 55, named himself on the bench for a non league club this week having managed them since April 2021.

The former Sheffield Wednesday defender, Carlton Palmer, featured among the subs for seventh tier side Grantham Town as they travelled to Ashton United on Tuesday night.

He has been manager of the Northern Premier League Premier Division outfit for a number of months now, but his side currently find themselves sitting third bottom after nine matches for the 2021/22 season. 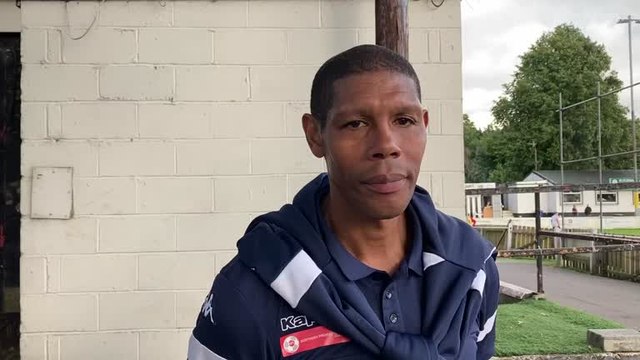 Palmer instead chose against bringing himself on though, as he watched his side go on to earn themselves a point on the road with a 2-2 draw.

Next up for the Gingerbreads is a visit from Scarborough Athletic on September 25th, and supporters will be certainly interested to see whether ‘CP’ makes it into the matchday squad once again.

The role as manager of Grantham is his first in 16 years, having previously managed Mansfield Town between 2004 and 2005 as well as being a player-coach at Stockport County.

Grantham have never played in the EFL but have been in their current division for as long as nine years now, having won the Northern Premier League Division One South in 2012.

Founded in 1874 and based in Lincolnshire, Grantham’s 7,500 capacity South Kesteven Sports Stadium is a fair bit different to what he was used to come the glamour of the Premier League.

Palmer managed to play in the top flight for six different clubs between 1985 and 2001, including the likes of Sheffield Wednesday, Leeds United and Nottingham Forest.

He also earned himself 18 appearances for his national team England, including three at Euro 1992 in Sweden, and managed to get one goal for the Three Lions, coming in a 6-0 win over San Marino in 1993.

In total, Palmer made 369 professional appearances for nine teams in England and Ireland during his 20-year career, scoring a total of 23 goals from centre-half.

Fans reacted as the ex-Premier League star, 55, named himself on the bench for the non league club…

@cresswellhibbe1: To be fair Carlton Palmer he does keep himself tremendously fit. Though match for is a differing thing. Good luck if he comes on.

@EdQuoththeraven: 36 – in what is their tenth game in all competitions, player-manager @CarltonPalmer is the 36th player @granthamtownfc have signed or named to a matchday squad this season.

@Josh_PUFC: Wtf, managers made the bench. My fucking home town🤣🤷‍♂️

@Jonny_Crooze: crikey, he really must be desperate

@thenunky: He would still be best player on pitch by a mile

Grantham chairman Darren Ashton spoke of the new boss’ excitement to start and explained why he felt Palmer is the perfect man for the job.

He said earlier this year: “It’s fantastic news. We’ve been working on getting Carlton in for a while now and been in constant contact with him almost daily.”

“He’s eager to get started with us. He’s been offered roles at Football League clubs, but he likes the idea that the club has.”

“He likes what we have proposed, and we like his ideas he has moving forward and has bought into the plan and is joining for the long-term.”

Five months ago, in an exclusive interview with Football FanCast, the former Owls midfielder criticised the club’s owner for his decision not to hire a director of football.

On the topic, Palmer told FootballFanCast: “He keeps reiterating he doesn’t want to get a director of football. He’s put a shedload of money in the football club and he’s on the brink of being relegated to League One when he should have been in the Premier League. And he’s saying he doesn’t want a director of football at the football club? That says it all.

“As far as I’m concerned, whoever is advising him… I’m not knocking the chairman. I get grief for not supporting the chairman and whatever, but I’m just a realist and call it as it is.

“He has put a lot of money into the football club, that there can be no arguments about. But he’s been badly advised, hence why Sheffield Wednesday are in the position they’re in this season.”

The club ended up getting relegated to League One, and currently sit in 12th place taking 10 points from six games played.

Fans hit back at the EFL after Swindon get suspended points deduction
Semi-pro footballer suspended; caught with storing cocaine in his bedroom