He underwent a routine procedure to remove a bit of floating bone from the right side of ankle in November 2000, but it nearly ended up costing his life instead.

Unfortunately for him he caught the MRSA superbug had to have surgery, only for his heart to stop for a number of seconds. But surgeons managed to resuscitate the footballer, something he still recall today. 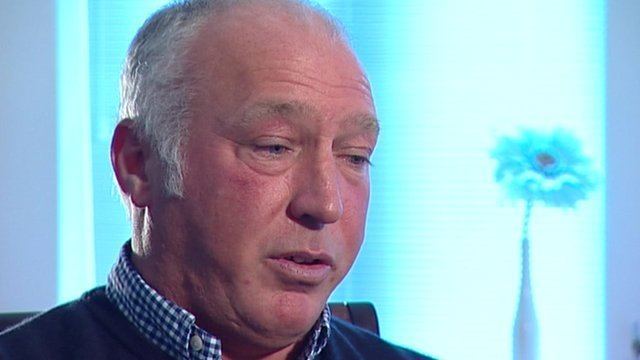 At the time of being a midfielder for Brighton in 2000, he was forced to quit football, and he has since spoken about that, his health and his battle with alcoholism and gambling after he retired and also became an advocate for the Samaritans, helping their “Men on the Ropes” campaign talked openly about his problems to aid other males in similar situations.

‘I’m told it was for a few seconds, but I died on that operating table,’ Aspinall told The News.

‘It all began with Brighton’s physio advising me to have a floating bone in my right ankle removed. It had been troubling me, but I would then be okay for the rest of the season.

‘I was checked into Bupa in Brighton for the operation and released the following day to recuperate at home. Except my ankle swelled up to the size of a football.

‘I was screaming in agony, in tears. The ankle was getting bigger and bigger by the day, there were red blotches all over it. As I was living in Hedge End, I couldn’t go back to Brighton, it had to be closer to home, so I went to Southampton A&E for help.

‘It turned out I had contracted MRSA, a superbug. How it got in there, no-one knows. It must have come from a nurse or doctor, it was known to happen at that time.

‘It’s a bacteria, it had started to eat away tendons and ligaments in my ankle. They eventually said I would never play football again as a result, I was finished.

‘Yet now I needed an operation to get rid of this infection, which involved me scheduled to stay on a hospital ward for 14 days, attached to an intravenous drip while antibiotics were fed into my body.

‘After 13 days, my body broke out in a rash from head to toe. It had rejected the drug.

‘So I had the operation once more – and it happened again. After 13 days, my body rejected it.

‘For 28 days I’d been on that hospital ward, so I was then offered the chance to return home if I underwent an operation to insert two tubes into my heart, one for the intravenous drip to enter and the other to take blood out.

‘That sounded good to me – apart from my heart subsequently stopping during the procedure. I died.

‘I don’t know what happened on that operating table, but they brought me back, and I was allowed to go home to Hedge End, with a district nurse checking on me every day, even Christmas Day.

‘There were two six-inch tubes hanging out of my chest, with the nurse taking blood out of one and putting the drugs into the other.

‘Mind you, I had a four-year-old and a two-year-old at the time, they were clambering all over me and I had to keep telling them “Don’t pull those wires!”.

‘I lived, the antibiotics killed the superbug, but my career ended there and then. I was aged 33, with nothing planned, no coaching badges. I had to go into the real world.’

‘You have to change your friends. When I came out and spoke publicly about my problems, the reaction from many was “Sorry to hear that, you’ve been brave”. Then you get others who asked if I fancied coming to a casino.

‘Are you for real mate? They don’t care, that’s not your friend. I don’t need people like you.

‘Karen can trust me now, but I don’t want all the trust because I will fall back into my old ways. She is always one step ahead of me, she is a rock.’

Former #Pompey favourite Warren Aspinall has revealed how a routine ankle operation to save his career ended up with him dying on the hospital operating table. https://t.co/mlZK3u1kQM

Warren Aspinall said to The News that he struggled with alcoholism and gambling following his playing days.

He said: ‘I gambled on horses, yet wasn’t always into it. I only started when I was a bit bored when you go to these hotels and you’re on your own in different parts of the country.

‘It’s a bad disease, you lie through your back teeth, you are deceitful.

‘You can tell an alcoholic because he’s always drinking and always smells, while you can tell a druggie through their eyes and the way they act. But you can’t tell a gambler – and that’s the problem.

‘I don’t bet any more whatsoever, I can’t, I don’t want my life changing.

‘My wife gives me spending money, I’m like a baby, but it works. She’ll ask what it’s for, I carry minimum cash with me, probably £5 or £10, enough for a paper or a coffee.

‘I don’t need any more money than that, I no longer go to the pub on my own, I only drink with my wife and our friends. You have to put obstacles in the way because it’s a slippery slope.

‘I can go to the races with my wife and friends and not have a bet, I go for the enjoyment and a bit of a laugh.

‘Some people say I’m feeding my thoughts. Maybe, but I am strong enough now to go and put a bet on.

‘You have to change your friends. When I came out and spoke publicly about my problems, the reaction from many was “Sorry to hear that, you’ve been brave”. Then you get others who asked if I fancied coming to a casino.

‘Are you for real mate? They don’t care, that’s not your friend. I don’t need people like you.

‘Karen can trust me now, but I don’t want all the trust because I will fall back into my old ways. She is always one step ahead of me, she is a rock.’