Ex-Carlisle player Danny Hodgson has been left fighting for his life after suffering a one-punch attack out in Perth, Australia.

The talented 25-year-old footballer, who was on the books at the League Two club in his teens, is in Royal Perth Hospital with critical injuries following an apparent random blow to the head on Sunday.

Friends and family said that Danny Hodgson was leaving the city with teammates when he was punched from behind without warning near Perth Train Station at about 1:55am.

He was taken to hospital with significant head injuries and remains in intensive care fighting for his life.

Since then, it’s been revealed that detectives on Wednesday afternoon charged a 15-year-old boy over the attack.

Police say the player fell backwards after he was punched and the boy fled the scene without making any attempt to help.

The teenager is due to appear in Perth Children’s Court on the 22nd of September, charged with one count of grievous bodily harm.

Mr Hodgson’s parents live in the UK but have reportedly been granted permission to enter Australia to be by their son’s bedside.

Parents Nicola and Peter Hodgson have been unable to secure a flight due to the limited number of international arrivals allowed into the state.

PLEASE CAN YOU HELP! WE URGENTLY NEED 2 SEATS ON A FLIGHT TO PERTH WA TO BE WITH OUR SON AS HE FIGHTS FOR HIS LIFE. WE ARE DESPERATE AND HELPLESS AT THIS POINT!

Myself and my husband are in an absolutely desperate situation as our son Danny Hodgson is currently in a critical condition in the Royal Perth hospital following an unprovoked attack.

On Saturday night 4th Sept our son Danny Hodgson (25) was innocently walking into a train station in Perth to catch a train home after spending the afternoon with his football team following the end of season game when a local man walked up behind Danny and struck him on the back of the head for no apparent reason resulting with Danny hitting the ground, knocked unconscious and being rushed to hospital with severe head injuries.

Danny had emergency surgery in Royal Perth Hospital for bleeding to the brain and a brain fracture. Danny took a turn for the worse the following day due to more severe brain haemorrhaging and was rushed to theatre for more intrusive brain surgery that lasted for 4 hours. Danny is currently in an induced coma that could last for weeks or even months.

We are obviously distraught with what’s happened to our son and are trying desperately to fly to Perth to be by his bedside.

Since Saturday Night 4th September we have been in touch with the British and Australian Embassy’s, the Detective Acting Police Sergeant who is dealing with the case, Australian Home Affairs, Governing Bodies and British MP’s for support and advice on what we need to do to be with Danny.

We have just received approval for 3 month tourist visa and also for exemption to fly without having to quarantine once we arrive this has been a long 3 days process gaining all the information needed to get this far. 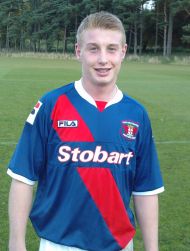 The main sticking point now is trying to find an airline that can fly us to Perth, we have been in touch with all the airlines and have hit a brick wall and its looking like we are going to struggle to get a flight anytime soon. This is mainly due to the travel restrictions that the Australian Government have put in place regarding the number allowed to enter weekly which has led to full planes arriving with just 15 people on board flight arriving into WA.

We have tried every Airline possible to see if there are any available flights from anywhere in the UK to Perth but have hit a dead end but keep phoning and trying to see if there’s anything available daily. we have been helped by Emirates, Qatar Airline and Dial a flight but there hands are also tied with the numbers allowed to fly on each flight.

We are desperate to be with Danny by his bedside that’s why we are reaching out to everyone on social media to see If there is anyone out there whether their in the airline industry, MP or someone who has been in a similar situation that can offer some possible advice or can help then please reach out to us as we need to be with him.

Danny is full of life and has a heart of gold, he is the most kind, gentle and positive person I know who has a passion for life and football.

Danny has played as a striker at a good level in both England and in Australia. In Cumbria he played for Windscale and Cleator Moor Celtic football clubs as a youngster before moving to Carlisle in his teens to play for Carlisle Utd and also played international for Great Britain.

Danny moved to Australia when he was 18 to play football and helped Kingsway SC win promotion before moving on to play for ECU Joondalup and won the league and the Golden Boot with them last season.

“He seemed to be okay Sunday … he was awake and talking and then Monday morning they did a (scan) and rushed him in for an operation,” he said.

“He was making slight progress yesterday then backtracked on that overnight.

“No one knows any information at the moment regarding the long-term effects, it’s not a short-term process I don’t believe.

“All of his friends and the soccer community are banding together to try and help as best we can.”

With the ex-Carlisle player left fighting for his life after suffering a one-punch attack, we really wish for good news all round, that Danny Hodgson can come round, and his parents get to be by his side at this tough time.

💙 Very close to hitting the fund target for Danny – what a character this lad was around Brunton Park, please help him if you can … https://t.co/FH1xqMpRtQ

WA Chief Health Officer Dr Andrew Robertson has approved for the Hodgson family to travel to Western Australia above the international flight cap.

The family is travelling to see their son, Danny, who is fighting for his life in hospital after being assaulted at the Perth City train station early on Sunday morning.

They will be required to complete 14 days in total quarantine. When circumstances warrant, visits to an immediate family member in a hospital can be arranged under stringent protocols, including testing negative immediately before the visit and the wearing of full PPE. Dr Robertson will consider the circumstances at the time.