Ex-Bristol City, Blackburn, QPR player Bradley Orr reflects on being chased around prison by a murderer called ‘The Swindon Butcher’.

The now retired footballer was sentenced to 28 days in prison in 2006 and ended up enduring a terrifying encounter with a convicted murderer.

Orr was involved in a mass brawl at a Bristol nightclub that saw him charged with affray alongside his then-teammates Steve Brooker and David Partridge. 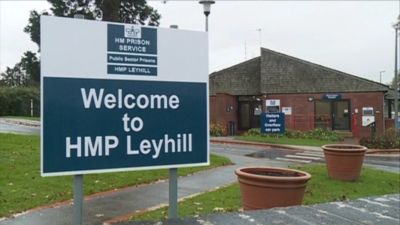 After being sentenced to 28 days in Leyhill prison, approximately one year after the incident took place, he got into trouble with a convict serving a 35-year sentence.

Orr says: “To cut a long story short there ends up being a big fight and it came down to Parto (Partridge). The doorman was just kicking him everywhere.

“We tried to get in and stop the fight and there ended up being just this big melee in a nightclub in Bristol. Fast forward a year, we’ve been arrested, charged and affray on that night.

“In my head, I was thinking ‘I’ve been arrested for trying to stop a fight a year ago.’ We went right down into one of the holding cells and then the prison vans, we were right in it. It was a proper shock to the system looking back now but a proper experience looking back. It was just a funny experience.”

Orr had only been in jail for two days when he found himself being chased around the gym by a man doing a 35-year sentence for killing both his parents.

He recalls: “Every wing gets an hour a day in the gym, but we could be in there all day. The following day, he was a gym screw, who worked for the prison but runs the gym his name was Mark Pullman. He said just do as you’re told, listen to me and you’ll be fine.

“He comes to me and says ‘do me a favour, go and tell him there on the treadmill he’s got five minutes to get dressed, showered and out of here and into the visiting room or else he’s going to lose his visit. His mum and dad have been waiting there for two hours for him.’

“I go ‘excuse me mate you’ve got five minutes to get out and into the visiting room or else you’re going to lose your visit.’ He’s like ‘what visit?’ So I said ‘your mum and dad have been there for two hours, you’ve got to go.’

“He pushes the emergency stop button on the treadmill and just shouts ‘what did you say?!’ There’s no one else in the gym, I’ve looked around and Pully’s gone. He’s walking towards me shouting ‘what have you just said?!’

“He starts running after me, the blood is drained out of me. I’m shouting ‘Pully’. It felt like it was a five-minute chase but it was probably 10 seconds. Pully comes out and grabs this guy called Clarkey and he says ‘Clarkey, I’m only having a laugh take it easy.’

Pully said to me ‘he’s doing 35 years, he’ll never get out of here. He took the arms and legs and heads of his own mum and dad.’ I’m like ‘you’re joking aren’t you?’ He’s like ‘no, that’s the Swindon Butcher.’

“I was like jelly. He used to get fan mail, he’s all over the internet. He’s one of the scariest looking creatures you’ll ever see and he’s chasing me all around this prison gym on day two. It was just a mad experience.”

After Orr was release from prison, he spent around four weeks out of the Bristol City side before claiming a place back in the team at right-back under Gary Johnson who stuck by him during his time in jail.

City went on to secure promotion to the Championship with a second-place finish and nearly pulled off back-to-back promotions if it wasn’t for Dean Windass’ winner in the play-off final against Hull a year later.

Orr was a big part in City’s push for the Premier League, featuring 38 times across the campaign that also saw him named in the Championship PFA Team of the Year.

Speaking of how he changed his attitude upon his release, Orr admitted that spending time behind bars was a real eye-opener and gave him the motivation to knuckle down to become ‘the best right-back outside of the Premier League.’

He added: “I came out like a man possessed, I stopped drinking and proper got my head down and thought right ‘I really need to have a go now’. I went on a run where I scored six or seven that season from full-back, got promoted and from then got in the Team of the Year.

“Looking back, that incident and stint in jail made me. As I say, those things that happen in your life for a reason. I was devastated at the time but looking back now I wouldn’t change it for the world because it definitely spurred me on from the time I got out.

“It took me about three or four weeks to get back into the team and then once I was in the side I just kicked right on.

“We got promoted, and the following season we should have won the Championship but got beat in the play-off final but for that time for a good two or three-year spell and without sounding big-headed I was probably the best right full-back outside of the Premier League.”

Orr went on to make 255 appearances for the Robins over six seasons then left for Queens Park Rangers in 2010 where he achieved promotion at the first time of asking.

Game time in the Premier League were hard to come by and he eventually joined Blackburn before having loan spells with Ipswich, Blackpool and eventually Toronto before hanging up his boots.

During the pandemic, he claimed Covid was ‘make-believe’ and kept a soft play centre open, before getting fined for breaching rules.

The 38 year old claimed the Magna Carta allowed him to keep his business open during lockdown, before then being served with a fine of up to more than £4,500.

Orr was summonsed to court recently after refusing to close the ‘Cirque D-Play’ in Merseyside, claiming a 800-year-old document meant Covid rules did not apply to him.

Though he was fined at Wirral Magistrates’ Court for contravening a prohibition notice.

In written statements to the court, Merseyside Police said Orr had refused to adhere to the former tier three local restrictions, which were in force in October and November 2020.

PC Alex Broadbent said he and another officer attended Cirque D-Play on the 1st of November, one day after council environmental health officers had issued Orr with a fixed-penalty notice.

PC Broadbent said there were “numerous members of the public present with children playing”.

He began speaking to an unidentified man, later revealed to be Orr, and tried to explain that the business was in breach of Covid regulations, the Local Democracy Reporting Service said.

Orr replied: “I am not entering into a contract with you. I refuse to stand under you.”

Mr Broadbent added: “Orr pointed out that he had an extract from the Magna Carta on the front door of his property which he asked me to read.”

The Magna Carta, which was signed in 1215 by King John, was a royal charter of rights designed to bring peace between the King and his barons.

Orr falsely claimed that Clause 61 meant he could ignore laws that he deems “unjust”.

Although it is one of the foundational documents of English law, only four parts of the Magna Carta remain valid.

None of those clauses allowed citizens to decide which laws should apply to them.

In a statement to the court, PC Matthew Edwards said, during a later visit on the 7th of November, Orr had acted “in a childish manner” and claimed coronavirus was “make-believe”.

Mr Edwards said: “Orr began to quote that the Health Regulations 2020 were only legislations and not law and that he only listened to common law.”

Orr, who did not respond to either summons to court, was fined £3,960 in total and ordered to pay another £200 in costs and £366 as a surcharge for victim services.

The case was dealt with under the single justice procedure, which allows a judge to decide a case based on written evidence.