Emily Atack gives an ultimatum to Man City player and England international Jack Grealish after their secret dates behind his partner’s back.

Reports have emerged, claiming that the Premier League footballer now finds himself with a big decision to make – whether to dump Sasha Attwood, his on-off girlfriend of ten years, for actress and comedienne Emily Atack after becoming ‘besotted’ with her in the past six weeks. 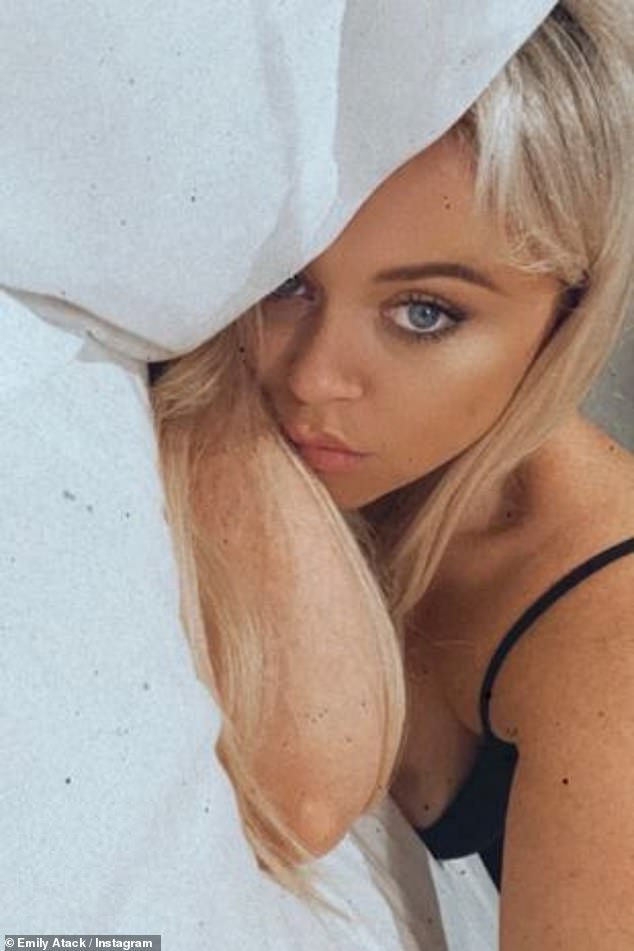 Various media outlets state that Emily Atack, 31 – who made her name in the Channel 4 coming-of-age comedy The Inbetweeners – has also fallen for the Manchester City star.

However, she insists that she isn’t going to ‘hang around’ for him if he doesn’t end his romance with Ms Attwood.

Sources say that she has grown fond of English football’s first £100 million footballer, but thought he was single when she was introduced to him by another England player a few weeks ago.

Ms Atack, who has been on a number of secret dates with the 26-year-old, told friends that she had also seen him on the celebrity dating app Raya and presumed he was no longer in a relationship with Ms Attwood.

One told The Mail on Sunday: ‘Jack is besotted with Emily… she really likes him too – otherwise, of course, she wouldn’t have met up with him.

‘She did also think he was single – it is what you expect if you see someone on a site looking for a girlfriend.

‘Emily has really enjoyed his company recently, but she certainly isn’t going to hang around if he stays with his girlfriend. She will happily get on with her life if that’s what he wants to do. It’s up to him now.’

This week, while Grealish was out of the limelight in the England team’s bubble at The Grove Hotel in Hertfordshire, Ms Attwood – a model and social media influencer – was said to be ‘devastated’ after learning he had met Ms Atack both at her North London home and at Manchester’s five-star Lowry Hotel.

It is understood that Ms Attwood, 25, only discovered this shortly after England’s 5-0 win over Albania in their World Cup qualifier on Friday. To make matters worse, she had been cheering him on with goalkeeper Jordan Pickford’s wife Megan Davison.

The pair had enjoyed a ‘festive girlie day’ earlier on Friday at London’s Corinthia Hotel, posting images on Instagram of themselves eating brunch, drinking hot chocolate and enjoying the spa facilities. Now however, Ms Attwood has appeared to be in hiding after failing to return to the Corinthia with Ms Davison.

Ms Atack’s mother declined to discuss her daughter at the family home in Birmingham.

Ms Attwood, who attended the same secondary school in Solihull with Grealish, is very close to the footballer’s family, especially his 18-year-old sister Hollie, who has cerebral palsy.

She also joined Grealish’s mother Karen when he signed his record-breaking contract with Manchester City at the Etihad Stadium in August.

Meanwhile, Emily Atack – who was in Paris when the story broke – smiled as she took her dog, a King Charles cavalier named Penny, for a walk near her home.

It appeared that the actress, who was dressed in a lilac cropped top and jeans, was aware that she was being photographed. She had just arrived back from the French capital where she had spent the night with her mother, singer Kate Robbins, and her sister Martha.

Despite being made aware on Friday night that the story was about to break, the Inbetweeners star posted three glasses of champagne on her Instagram account. In 2018, she came second in I’m A Celebrity… Get Me Out Of Here!, and is understood to have also been schoolboy crush of Grealish’s. He was 13 when the first series was screened in 2008 and 19 when the final movie came out. 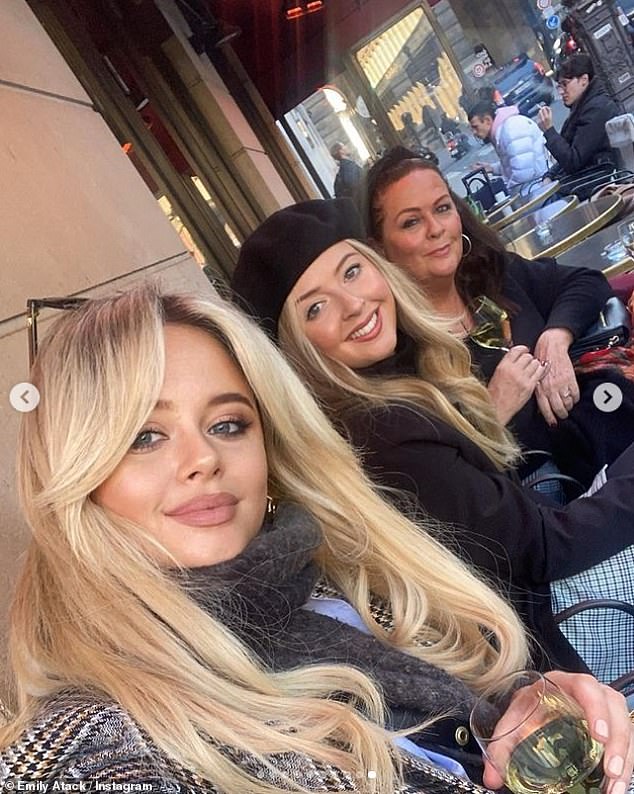 Atack has previously dated former One Direction singer Harry Styles and ex-Big Brother heart-throb Ziggy Lichman. When appearing on I’m A Celebrity alongside Harry Redknapp, who went on to win, she asked him if his son, footballer-turned-pundit Jamie, would go out with her after the show.

On Sunday morning, it was confirmed that Jack Grealish would not travel for England’s game against San Marino and the Three Lions look to claim a point to qualify for the Qatar World Cup next year.

Three months ago, Jack Grealish was reportedly caught ‘playing away’ on a dating app called Raya and likes one Love Island star’s pics. See more on that HERE.

@KateyKae: He’s a dick head for cheating but who goes with a bloke who’s had a gf for years?! Neither of them come out of this looking good, honestly (if it’s true).

@TheEllisScott: Why doesn’t this surprise me

@emmabung: Ew he’s such a fuckboi with all the cheating he does. I wonder if this is why Guardiola dropped him for the Manchester derby, and he was ‘ill’ for England training this week. 🧐🧐 I can understand why Jack Grealish wants to sow his wild oats; he has glowed up massively in recently years and there are plenty of willing women. But he shouldn’t do that and string his poor girlfriend along just cos he wants someone to go home to at the end of the day.

@andy67_mac: Stick with the one you’ve got Jack. No disrespect to Emily Atack, but who’s career would come first, in that new relationship.

@IJB_XX: Feel so sorry for Jack Grealish’s gf if it’s true about him and Emily Atack.

@LordCKS: Surely Jack Grealish isn’t THAT dumb to be screwing over his GF for Emily Atack? Boris Bikes have been ridden less than her. Horrid thing.

@GeordieK1r5ty: Grealish not being in the squad because he’s gone to sort out his relationship after the Emily Atack news 🤣🙈

@PLA365: @England see Jack Grealish has been sent back to MC for an injury assessment. Probably a groin strain??!! That Emily Atack has a lot to answer for!!!! 🤣🤣

@GillesOffTheWeb: Jack Grealish has been diddling Emily Atack. My word, the lad lives my dream life. Aside from signing for City like.

@Jimothey1: Jack Grealish and Emily Atack is the millennial equivalent of posh and becks