Barnsley fans react with their club forced to close one of their stands at Oakwell stadium, it was announced on Thursday afternoon.

The Tykes aren’t allowing supporters into the West Stand with immediate effect because of safety concerns, meaning 1,000 season ticket holders have to find new seats in the East or South stands for future matches.

The stand is the only original part of the Championship club’s 130-year-old stadium still standing, but was made all-seater in the 1990s. 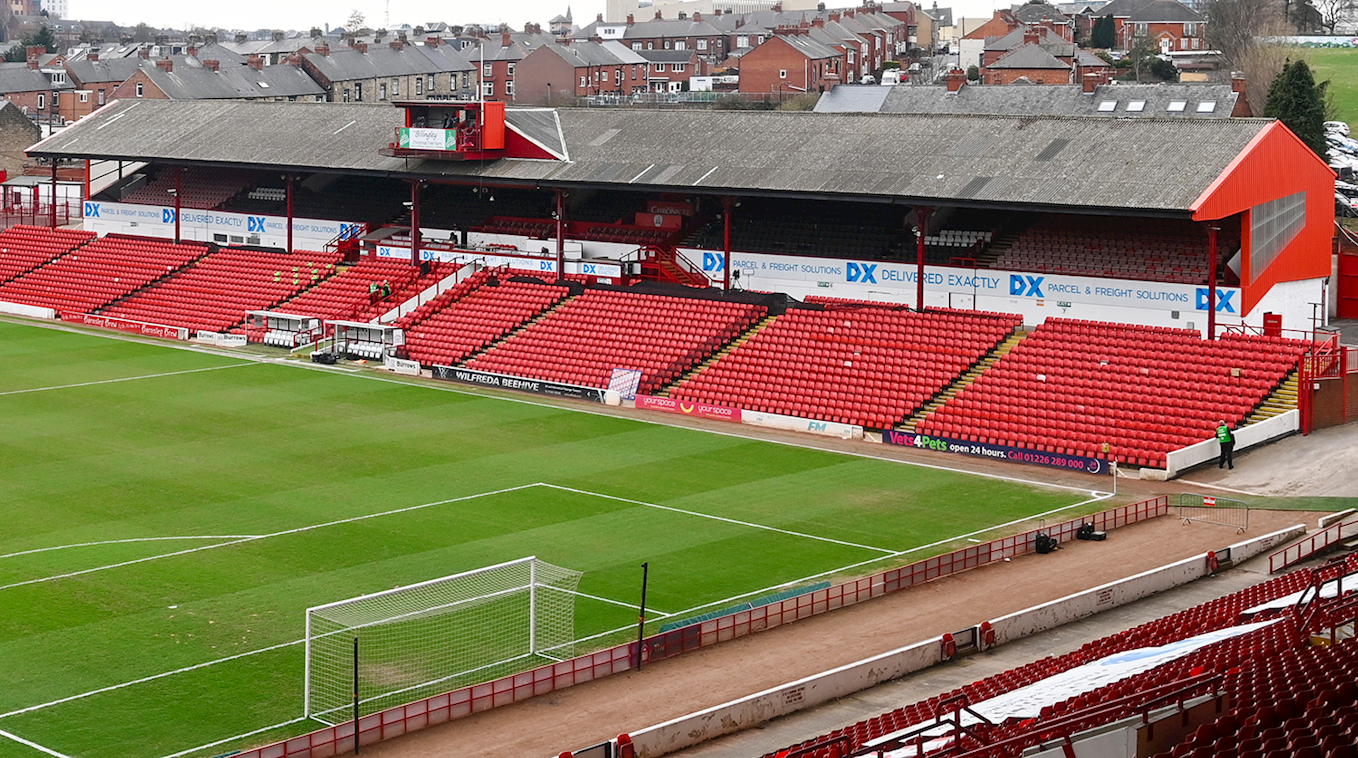 Barnsley fans react with club forced to close one of their stands (Photo Credit: Barnsley FC)

Following extensive structural inspections of Oakwell Stadium, it has been identified that various remedial works are required to the (DX) West Stand and, to therefore ensure the protection of all spectators, the Club have taken the necessary decision to close the stand until further notice.

In addition to structural challenges, safety concerns and crowd management issues were also raised and cited as rationale to close the 130-year-old stand.

The closure will be immediate, meaning that neither fans nor directors will be permitted access to their seat for the next home fixture. The stand will however remain operational on matchdays for visiting journalists and media.

With close to 1,000 seasonal members reserving seats in the West Stand for the 21/22 campaign, a relocation process (for those wishing to move) will now take place. Impacted supporters have been individually contacted.

Chief Executive Officer, Khaled El-Ahmad, said: “The safety and security of supporters and staff is of the utmost importance. I made a promise internally to both staff and fans alike to be transparent regardless of how difficult the news is to share.

“The decision is purely based on a structural report and a number of West Stand specific crowd management challenges.

“With the history associated to this stand, in addition to the knowledge that a number of supporters have sat here for consecutive seasons, the Club appreciates both the emotional and practical problems this decision brings.

“Please know that we have members of staff working tirelessly to implement solutions in time for our next home game.”

With safety being of paramount importance to the Club, this position will remain under review with updates provided accordingly.

If you are a 21/22 member and are impacted by the immediate West Stand closure, please see the below.

With the history associated to this stand, in addition to the knowledge that a number of supporters have sat here for consecutive seasons, the Club appreciates both the emotional and practical problems this decision brings.

The judgement taken by the Club is based on a structural report and a number of West Stand specific crowd management challenges. Whilst this inconveniences close to 1,000 supporters, the welfare of fans and staff is the Club’s overriding priority.

You paid for your seasonal seat and now we are telling you that you are unable to access it. However, we have worked diligently and considered a number of options. Instead of your seat, please see the two options below:

Please note that all impacted individuals have been directly contacted. Ambulant disabled supporters and those over the age of 75, seated in the West Stand, will receive a phone call from the Box Office in the coming days to ensure any mobility specific seating requirements are addressed.

In order to exchange seats, general ticket purchases for upcoming home fixtures have been halted until 12 October 2021.

With safety being of paramount importance to the Club, this position will remain under review with updates provided accordingly.

The Club would like to apologise for the inconvenience.

Barnsley fans react with their club forced to close one of their stands, see what they said below…

@adamsteadman83: If based on structural reports its deemed unsafe then surely its unsafe for all? Why is it safe for journalists

@lewisneedham000: Clubs knows it has been needing improving for years. Left it too late to fix. Joke

@tyketyler16: Would you fork out loads of cash to fix/rebuild a stand you don’t own?

@lewisneedham000: Don’t believe for a minute mate that the Crynes/Council won’t sell the ground. Plus James Cryne is a partial owner, of both ground and club. Clubs just being run awfully at the minute in my opinion

@lukegoddardact: You had 18 months during lockdown to sort this issue out. Yet you wait till the fans return to do something. Same as the scenes on the pitch, unorganized, chaotic, leaderless, careless. My mind hasnt changed in 4 years, as long as this circus are here, this club is going nowhere

@jn28red: Joking aside – it’s a sad day this – I started watching the Reds in that stand , I used to watch the reserves in that stand with one Neil Redfern playing during the early weeks after he signed. Had some magic times in that stand

@lukastyke: Been on the cards a while when half of it got closed. No action and the situation has been allowed to manifest into this. Rubbish. Again! #barnsleyfc

@raymondbird1: Stood an sat in there since I care to remember if there offering us refunds it’s not opening again #ripweststand

@brocky13: Knock it down

@MatthewBywater1: What the hells going on down at Oakwell!

@Harry_gilbank: Fucks going on with club at the minute it’s a shambles

@PippoPalmer: If it’s not ready until next year, tell your fans. Don’t sell them season tickets for that stand and then put them in some tombola to see if they can actually go because they will hate you for it. From Birmingham fans

@jordie_bfc: Can see us been another Coventry City….not looking good for us fans at all! Buckle up its gunna get bumpy