It came on the same day that 1,202 supporters of the Amber Army made a trip to the County Ground with their side getting a 1-0 victory, while the Bluebirds faithful headed to Reading, going on to see a 2-1 win.

As can be seen in the video, a number of objects and bottles were thrown in and out of the train, before a few lads try to throw some punches, leading to police officers whacking out their baton sticks to calm the situation down.

‘Forever Blue’ spoke more on the trouble that flared up and what caused it, writing on the Cardiff City forum: “The video that went out last Saturday & pics only tell half the story:

“I was shocked and i was upset as most Newport & Cardiff have moved on from the 80’s & 90’s and mostly now have banter and even meet up for a drink and chat about the old days.

“Yes there is a new culture of youngsters that have started up, it seems with every football club in the leagues this has happened, maybe being due to 2yrs of No football due to covid, but most is just singing / mouthing and banter. Trouble does seem to be on the increase, but to be fair Not at the CCS and probable not even 5% of what happened in the 80’s.

“I had a long chat with a good old friend from the 80’s Ian Grant, one of County’s main lads and was always there and says it as it really happened.

“He knows all the Newport younger ones that were their last Saturday and has spoken to a couple of Cardiff, like i have.

“At Newport train station about 100 County lads (mostly younger) boarded the train to Swindon, already on board were about 30 young Cardiff, mostly not lads. Their was some banter back and for.
There was only 2 Transport police on board and not once was there any fighting on an hour long journey to Swindon, County could of attacked Cardiff but never and it never looked like ever happening or any sight of trouble.

“As the train pulled in to Swindon, County got off. A couple of young Cardiff (I stress only a couple) started throwing bottles at County who had left the train, that then changed it all.

“The video then starts and shows County then trying to get at Cardiff, if they had wanted to, that could of happened on the hour long journey.

“Thankfully No one got attacked or hurt and hopefully we all move on.

“Yes their is rivalry & banter still, but Nothing and i mean nothing compares to the 80’s, where everyone I know from both sides have moved on”

EFL recently launched a new ‘For Football’s Sake’ campaign in a bid to crack down on the rise in hooliganism before, during and after matches – with images calling for fans to behave to be displayed at grounds and on social media.

Clubs are releasing statements, saying: “We’re joining forces with the EFL and its member clubs to crack down on anti-social and criminal behaviour at football matches.

“Unfortunately, across football, a minority of fans are letting the side down with inappropriate and reckless crowd behaviour.

“Whilst the vast majority of fans enjoy the match with passion and in the spirit intended, the acts of a mindless few are demonstrating a lack of respect for the clubs they support.

“The EFL and its member clubs will not accept anti-social or criminal behaviour at matches, and we are uniting to work with the relevant authorities to ensure those responsible for disorder are held to account.

“Anti-social behaviour at football could not only see you banned from attending matches, but it could also lead to a criminal conviction.

“This is everyone’s game, and we must keep it that way. Don’t let your side down and don’t spoil it for others – For Football’s Sake.” 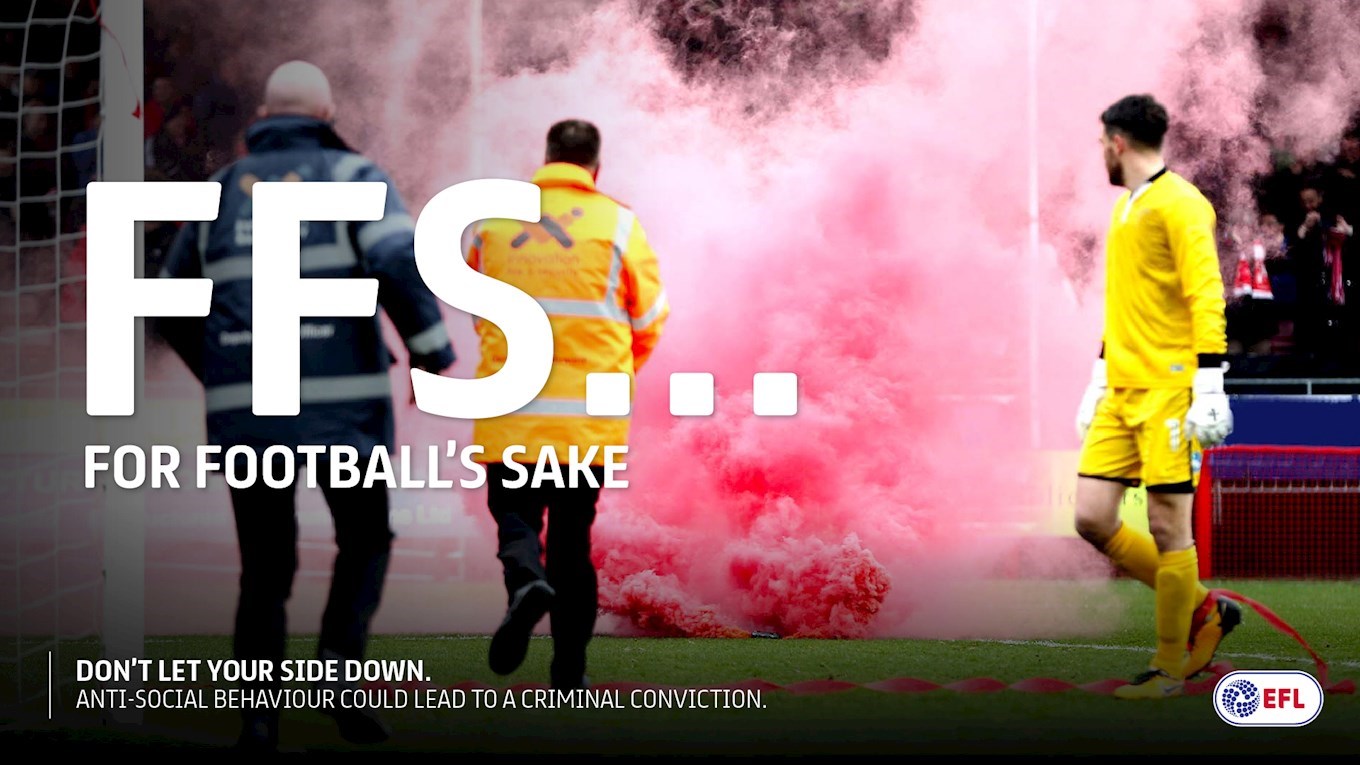 ciannewey: guessing the other train doors don’t open then?

tatty_82: Singing who are ya whilst filming it on his mobile what an absolute wet flannel

willharri.s: Hundred or so Newport and no more than 10 Cardiff by the looks of it on the train. Newport claiming it tho probably.

martinkirby37: Spitting at people!!!! Your mum should of drowned you

Newport Agg: I was there 2 Cardiff lads busted up in by the door, gave it large on train then when doors opened hid away. Remember… Newport always got their eyes on Cardiff.