Prospective buyers of the Rams seem to suggest that unless HMRC can agree to quarter the £29million it is owed – a deal that would risk setting a dangerous legal precedent – then the club is in serious danger of being liquidated.

The club’s administrators, business advisory firm Quantuma, are getting ready to meet with the taxman this week in talks that will prove crucial to the club’s survival prospects.

US businessman Chris Kirchner has declared his interest in buying the Pride Park outfit, however other parties have taken a step back. 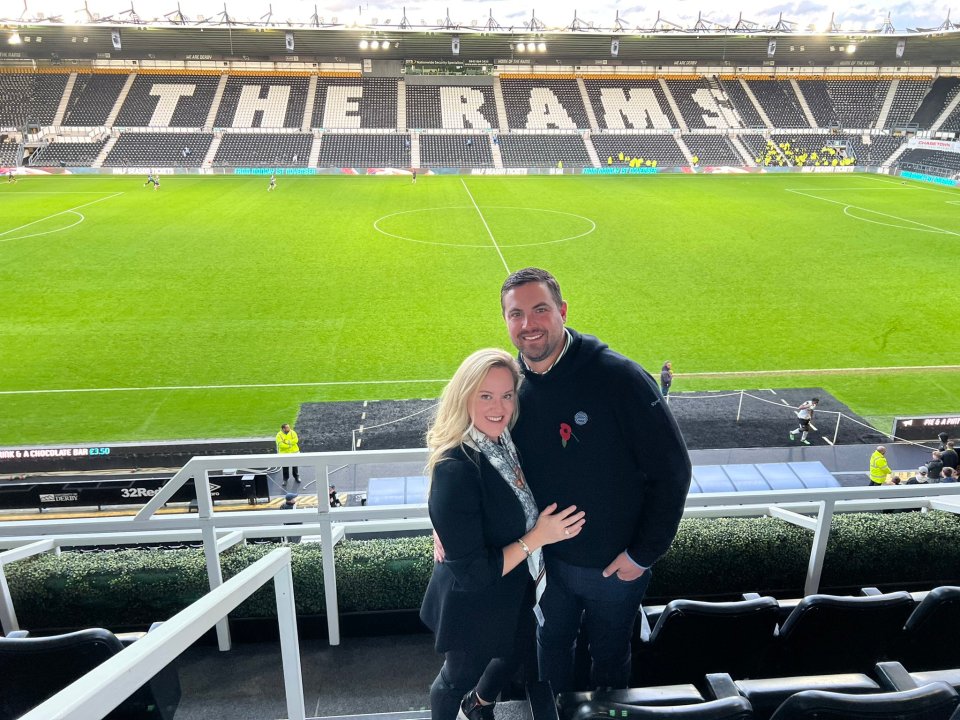 The Daily Mail say they have spoken to some of those privy to the financials of the situation and they fear Derby are ‘sleepwalking’ into oblivion, and that the optimism of the administrators is not reflective of reality.

One source close to would-be investors suggest that a deal to buy the club only becomes viable when the debt inherited doesn’t outweigh the value of the club, something which is difficult to determine given their 21-point deduction and likely relegation to League One.

Daily Mail go on to say they are told it would require HMRC to reduce what it is owed to around £7.5m for a takeover to go ahead something which is seemingly unlikely because of the message it would send to other EFL clubs who have outstanding HMRC bills.

This kind of risk taking would calculated others to entering administration – and make a case for having 75% of their tax debt wiped clean – would be worth the automatic 12-point deduction incurred under EFL rules.

A source said: ‘The administrators say they are confident of striking a deal with HMRC, but while we do not know what that deal is, how can you decide to buy the club? You simply can’t.

‘The administrators are making positive noises, but it is in their interests to do so – firstly to maintain hope of a sale, but also because they are being paid as long as the club remains in their hands. Their costs (around £2.8m so far) are adding to the burden on the club all the time.

‘The reality among those who have looked to buy Derby is that liquidation is more likely than not.

‘As it stands, the inescapable debt is nearly £30m to HMRC, more than £20m to MSD Holdings (US investment group) and another £10m of football debt. No buyer is going to take that on.

‘The only body who can convene to save Derby is the government. It needs them to get the treasury, the EFL, Mel Morris (Derby owner) and MSD around a table and put together a plan to rescue the club.’

MSD – whose loan is secured against club assets including Pride Park, which is owned by Morris – are helping to fund the administration process by way of ‘soft loans’.

A source said: ‘It is in MSD’s interests to keep Derby alive for now, in the hope of getting their money back. But they made a bad loan. There will come a time when they might think they are throwing good money after bad and walk away.

‘The administrators have to satisfy the courts that there is a realistic chance of coming out of administration. Unless they cut a deal with HMRC – who are the preferential creditor by law – they are simply kicking the can down the road.

‘The EFL will be happy enough for this to be the case until the end of the season because they want to avoid a club going under during a campaign, which opens up all manner of problems with regards fixtures that are yet to be played and potential legal cases.

‘The bottom line is, for Derby to survive, all those who are owed money will have to agree to take less. You also need the stadium included in any deal, and that means reaching an agreement with Mel and MSD.

‘There is still interest out there and people can always be talked into buying a football club – it is unique in that regard – but right now Derby just does not represent any value or business logic.’

Quantuma have been in control of Derby since the 18th of September and they will have to deal with compensation claims from Middlesbrough and Wycombe, which taken together exceed £50m.

Derby pipped Middlesbrough to a playoff place in 2019 and then stayed up at Wycombe’s expense last season.

Rooney has remained committed to Derby and has said he plans to continue to manage the team in League One. However the 36-year-old is said to be growing increasingly frustrated and reckons progress should have been quicker in handling Kirchner’s bid to take control, especially with the transfer window opening next month.

On his Twitter account, Kirchner wrote: ‘One result doesn’t sway my view on the potential of Derby County or change my belief that a great, long-lasting club can be resurrected from its current state. The next few weeks will determine the outcome for us.’

Asked about the club’s future, Rooney said: ‘I have shown my commitment to the club and Chris Kirchner has shown his. It is difficult for the administrators and there are a few options on the table but for the sake of this club we need it done.’

@plummerkevin1: If HMRC won’t compromise they’ll get nothing Derby are totally bust. If HMRC help the club survive they’ll get a certain proportion of the money they are owned. Its a negotiation that could and should find a win win solution.

@_BFCLuke: Not really cos then all the other EFL clubs with substantial debts to HMRC may decide taking a 12 point deduction and entering admin is worth it to only have to pay 25%

@Rylew81: Perfect time to liquidate the club and officially come back as Wayne Rooney’s derby county.

@AaronSh56342498: Half of me is saying they will liquidate us to make an example to other clubs and the other half of me thinks they should cut a deal. As future tax gains from Derby and the local economy would be worth more with a functioning club. #dcfc #dcfcfans

@BadgeSmiley: As a Leeds fan I don’t want to see this happen to any club not Even Derby County hope they get sorted.

@TheLeatherBelts: It’s cool… Just start a new club and lie that you are the same club like Rangers done

@RobiMurf: That simply will not wash in England with the pyramid structure. Derby are in real trouble here. HMRC have been looking to make an example of a football club for sometime, this could be their big chance.

@StephenPaul91: How come in these situations the previous owners aren’t liable for the debt to the HMRC, unless declared bankrupt? I agree the HMRC should be paid, in full, by the person who was responsible for the debt, not the entity that fronted in.

@dcfccollection: Pleased to see a number of people are realising that the liquidation option, that some of us have been laughed at for mentioning before, is more than a possibility.

@ramswriter: Mel Morris – do the decent thing and pay the tax bill you accumulated #dcfc #dcfcfans

@CookieDCFC93: I couldn’t give a toss if other club fans don’t like us, but the ones laughing about us potentially going bust are not real football fans… #dcfc

@sim__and: Opposition football fans finding this funny are deluded. Derby fans have no obligation to pay the tax bill, so why do fans think our fans “deserve” this. That’s like saying if the company you work for did the same, the employees deserve to be homeless and without a job. #dcfc

@EcxoesGaming: Will they write off mine as well if I stop bothering my arse to pay taxes?

@mark9697: Good grief, what an awful mess, not wanting to see any clubs liquidated writing off a debt of any kind sends out the wrong message to other clubs who maybe in similar position

He had us all on strings remember. #DCFC #MelMorris pic.twitter.com/cw0gYOwvmf